15 September 1863: “We hear that we will have large reinforcements soon when I expect we will go back to Chattanooga and drive them out.” 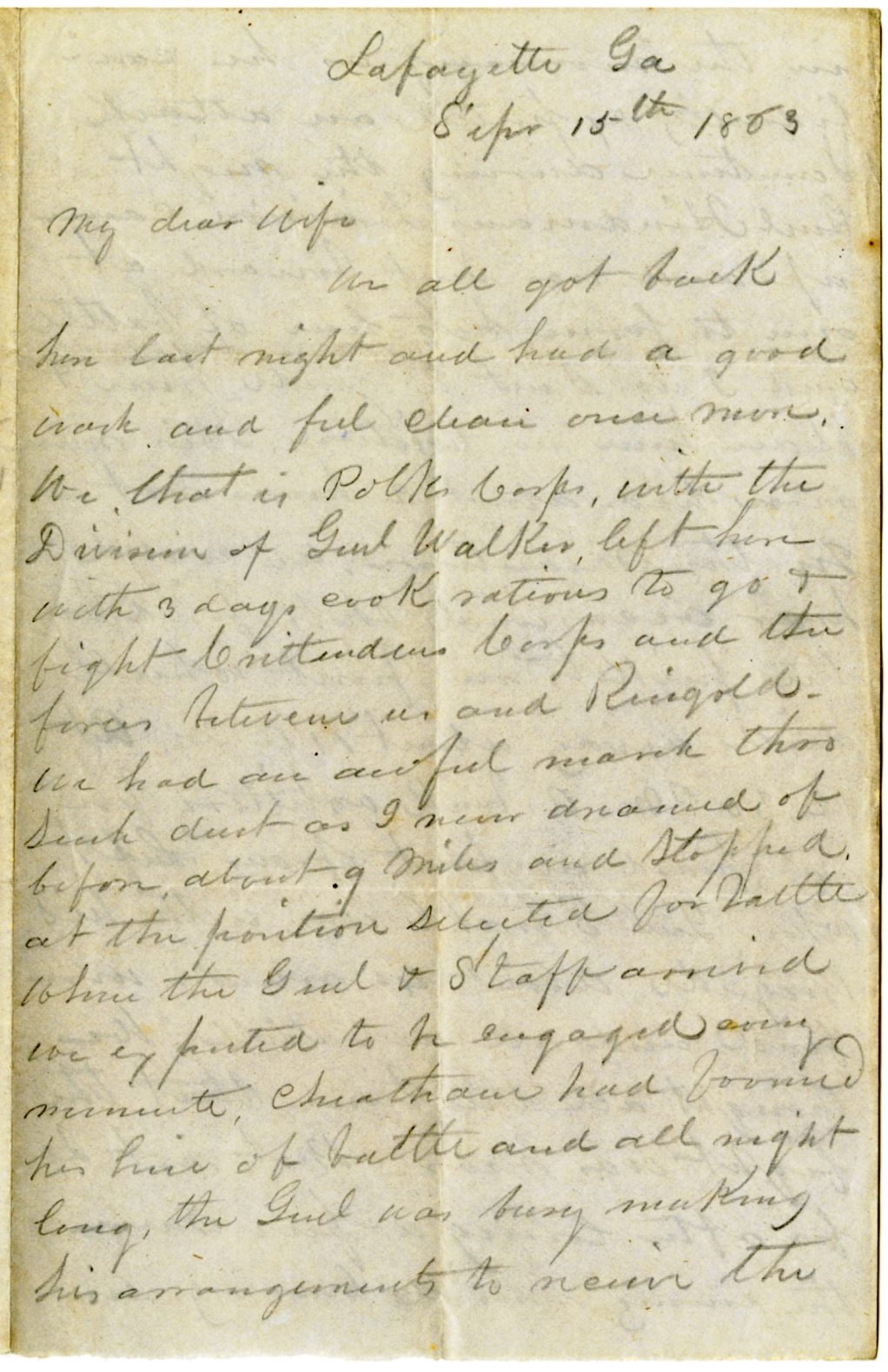 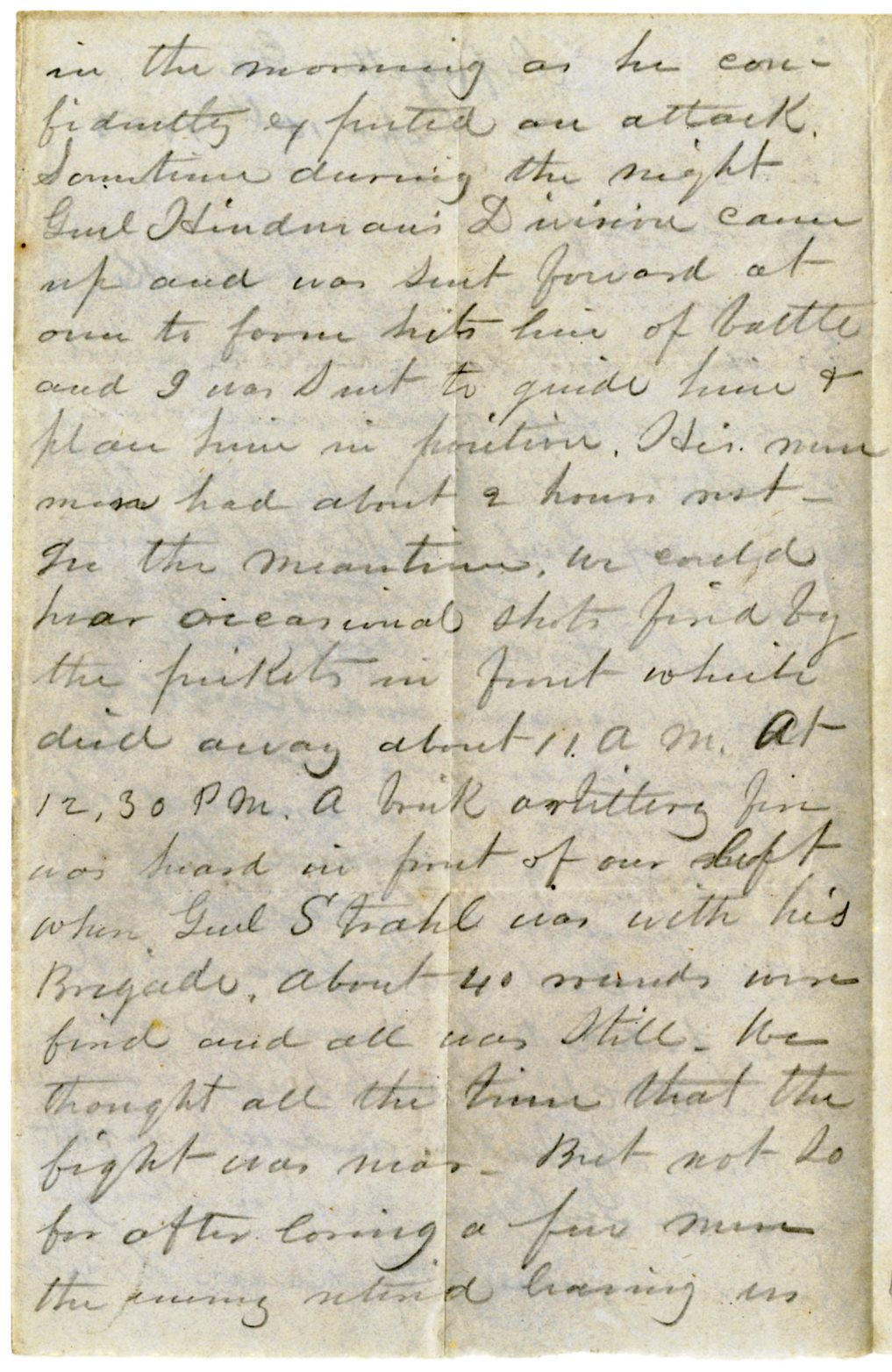 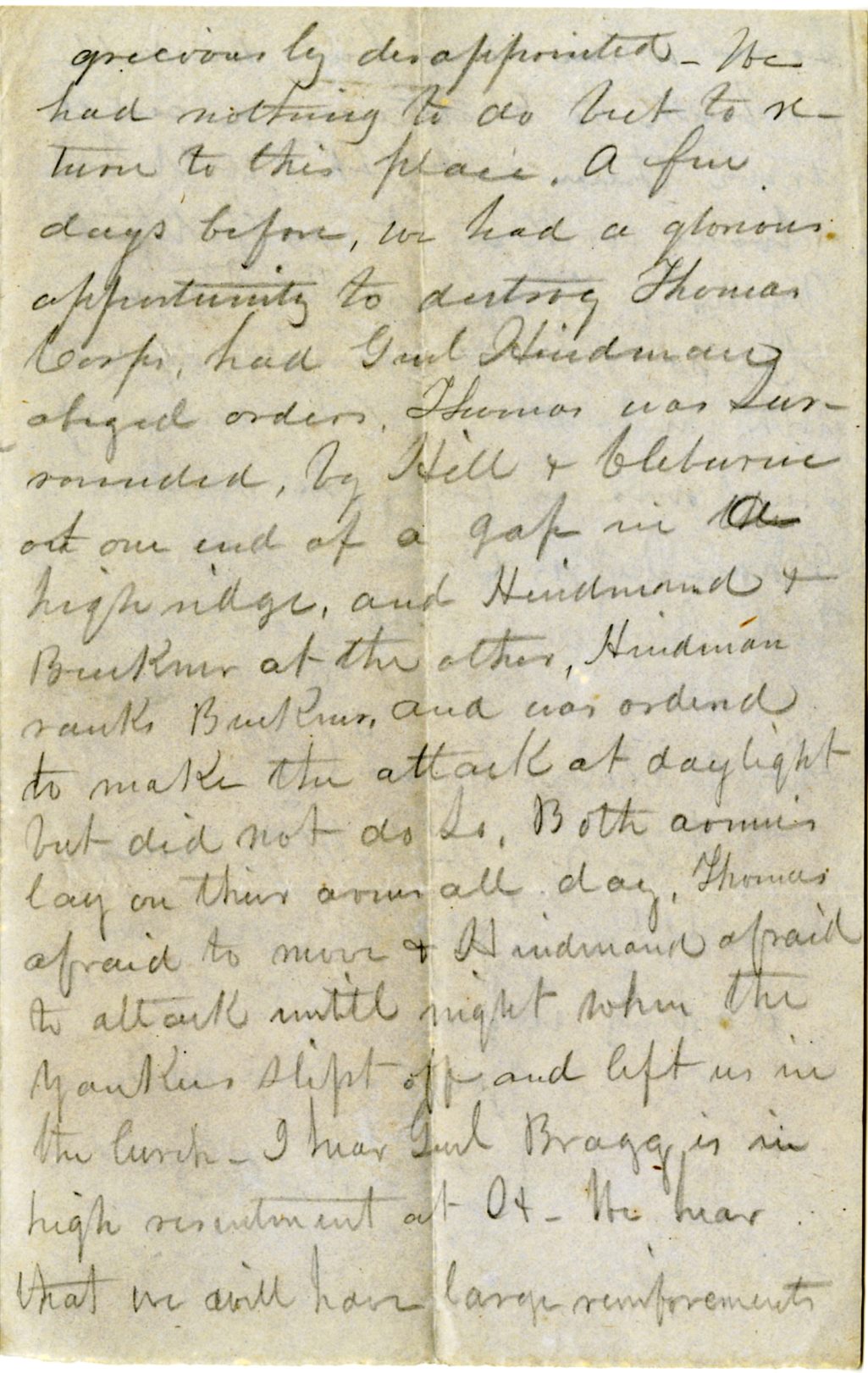 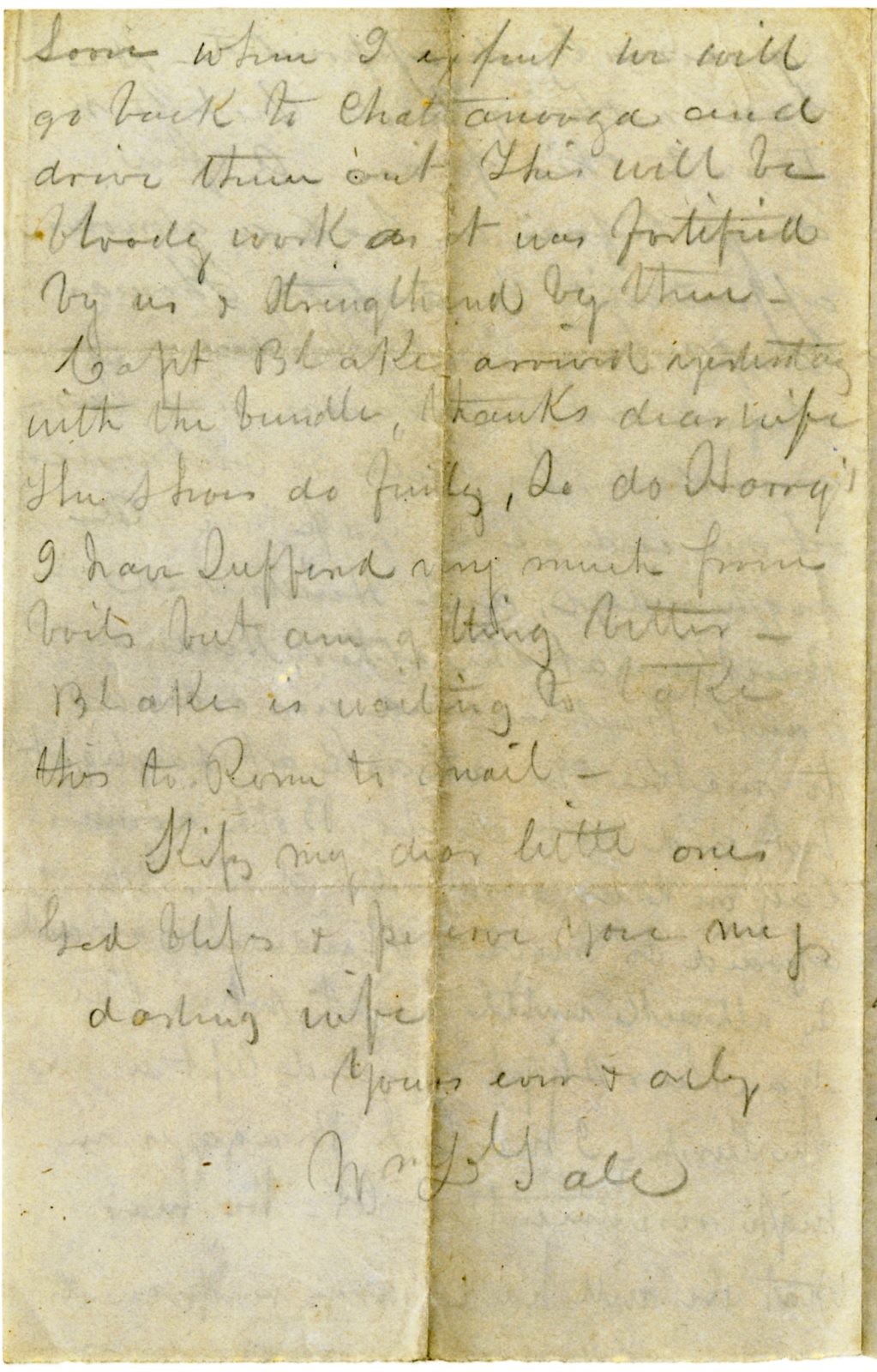 We all got back here last night and had a good wash and feel clean once more.  We that is Polk Corps, with the Division of Genl Walker, left here with 3 days cook rations to go & fight Crittenden Corps and the forces between us and Ringold. We had an awful march thro such dust as I never dreamed of before about 9 miles and stopped at the position selected for battle [?] the Genl & staff arrived. We expected to be engaged any minute.  Chatham had formed his line of battle and all night long, the Genl was busy making his arrangements to recive them in the morning as he con-fidently expected an attack.  Sometime during the night Genl Hindman’s Division came up and was sent forward at once to form [hits?] line of battle and I was sent to guide him & place him in position. His new men had about 2 hours rest .

In the meantime, we could hear occasional shots fired by the pickets in front which died away about 11 am at 12:30 pm. A brick artillery fire was heard in front of our left where Genl Stahl was with his brigade, about 40 rounds were fired and all was still. We thought all the time that the fight was near.  But not so far after coming a few more the army retired leaving us grivously disappointed.  We had nothing to do but to re-turn to this place.   A few days before, we had a glorious opportunity to destroy Thomas Corps, had Genl Hindman obeyed orders.  Thomas was surrounded, by Hill & Cleburne at one end of a gap in the high ridge, and Hindmand & Buckner at the other, Hindman ranks Buckner, and was ordered to make the attack at daylight but did not do so.  Both armies lay on their arms all day, Thomas afraid to move & Hindmand afraid to attack until night when the Yankees slipt off and left us in the lurch.  I hear Genl Bragg is in high recruitment at [Ox?].  We hear that we will have large reinforcements soon when I expect we will go back to Chattanooga and drive them out. This will be bloody work as it was fortified by us & strengthened by them.

Capt Blake arrived yesterday with the bundle, thanks dear wife. The shoes do finely, so do Harry’s. I have suffered very much from boils but am getting better.

Blake is waiting to take this to Rome to mail,

Kiss my dear little ones.  God bless & preserve you my darling wife

One Response to 15 September 1863: “We hear that we will have large reinforcements soon when I expect we will go back to Chattanooga and drive them out.”