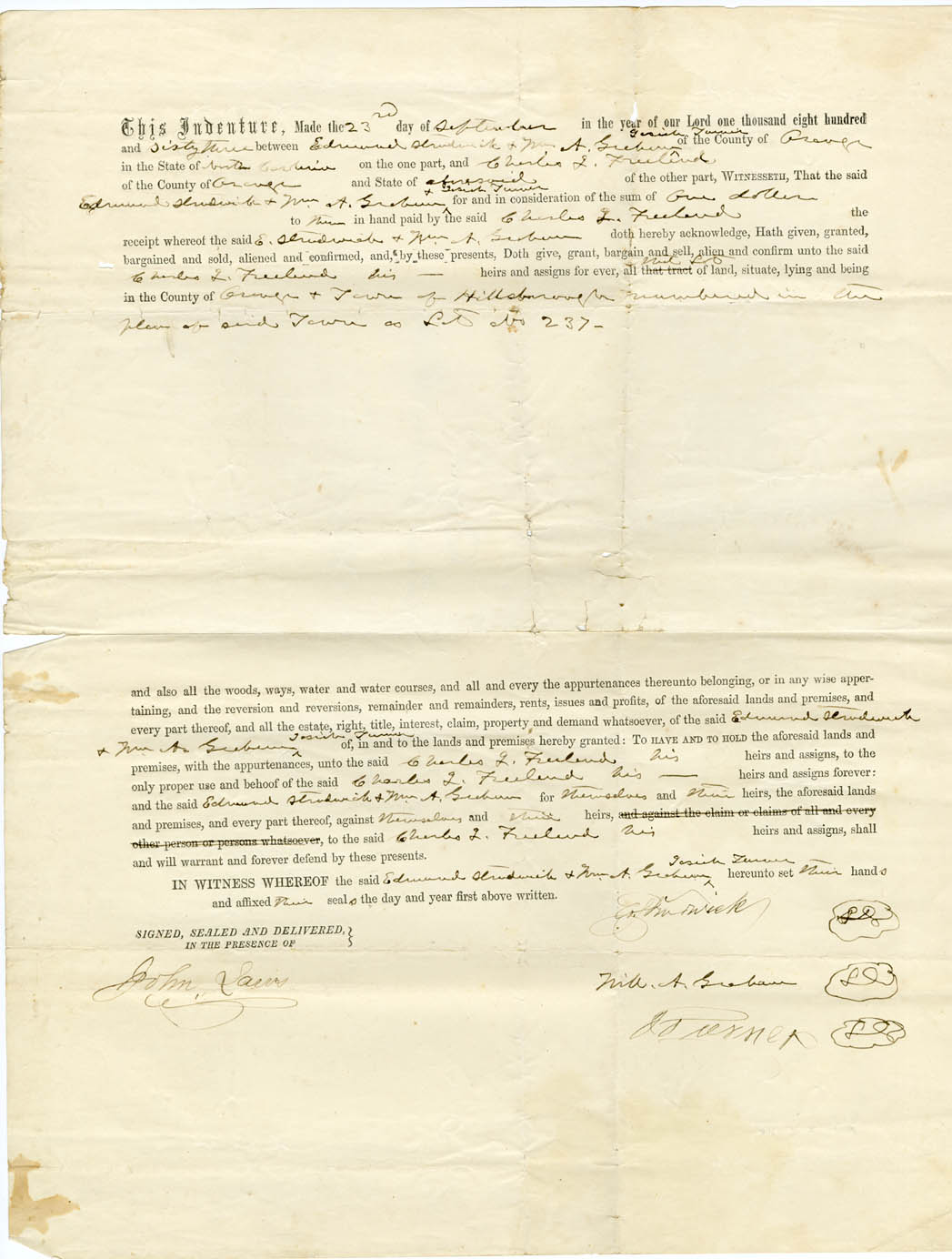 This indenture, Made the 23rd day of September in the year of our Lord one thousand eight hundred and sixty three between Edmund Strudwick and Mr. A. Graham ^Josiah Turner of the County of Orange in the State of North Carolina on the one part, and Charles J. Freeland  of the County of Orange and State of aforesaid of the other part, WITNESSETH, That the said Edmund Strudwick and Mr. A. Graham for and in consideration of the sum of one dollar to ? in hand paid by the said Charles L. Freeland the receipt whereof the said E. Strudwick and Mr. A. Graham doth hereby acknowledge, Hath give, granted, bargained and sold, aliened and confirmed, and, by these presents, Doth give, grant, bargain and sell, alien and confirm unto the said Charles L. Freeland his _ heirs and assigns for ever, all not fort of land, situate, lying and being in the County of Orange and Town of Hillsborough numbered in the year of said town as LT No 237.

IN WITNESS WHEREOF the said Edward Strudwick and Mr. A . Graham ^Josiah Turner hereunto set their hands and affixed their seals the day and year first above written.

This entry was posted in Southern Historical Collection and tagged Hillsborough, indenture, Orange County, William A. Graham. Bookmark the permalink.