Item description: In this letter, 25 September 1863, General Robert E. Lee wrote to General James Longstreet with congratulations for brave fighting at the recent Battle of Chickamauga and urged him to return quickly to the Rapidan River in northern Virginia where Lee and his troops were holding off General Meade’s Army of the Potomac. 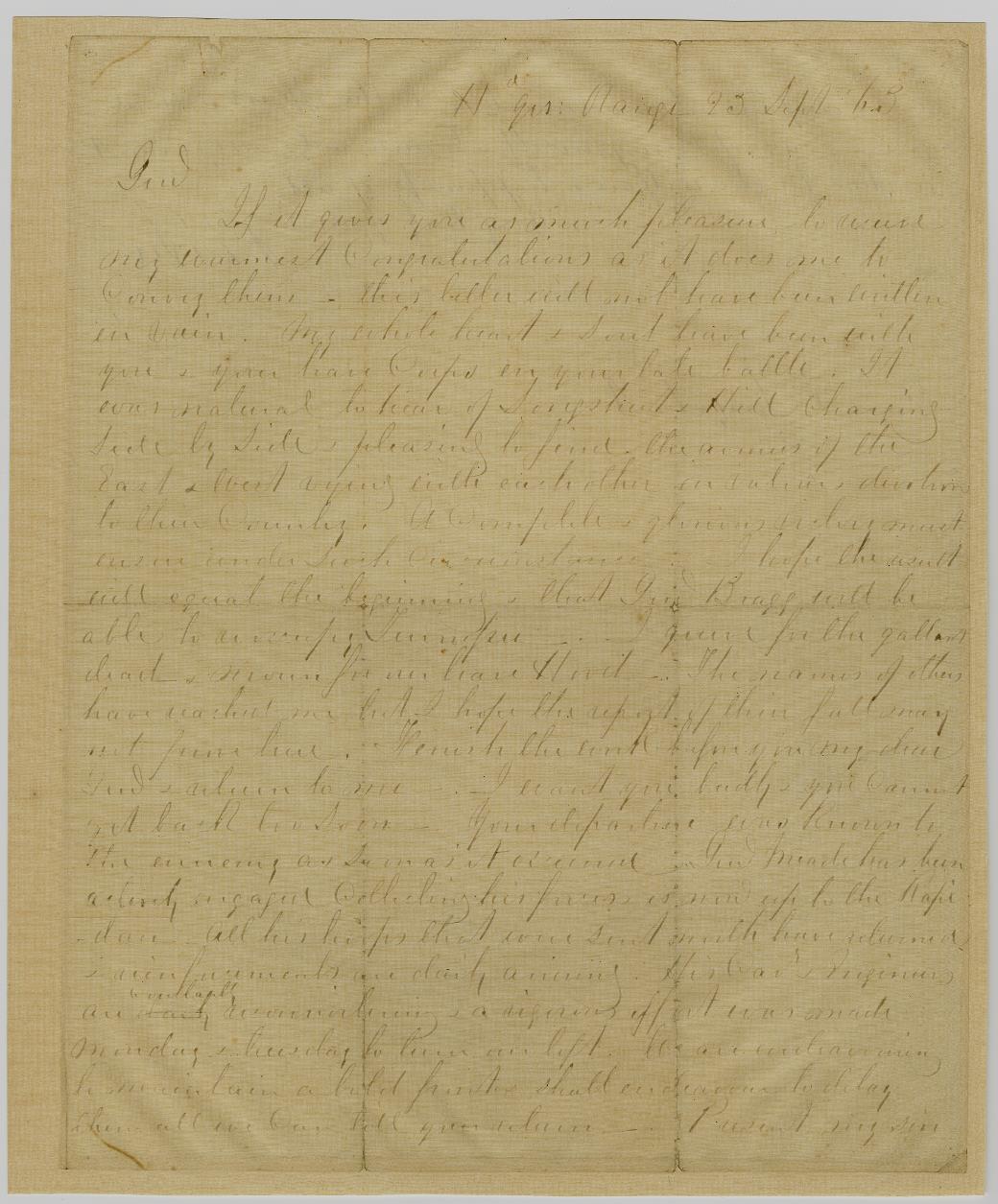 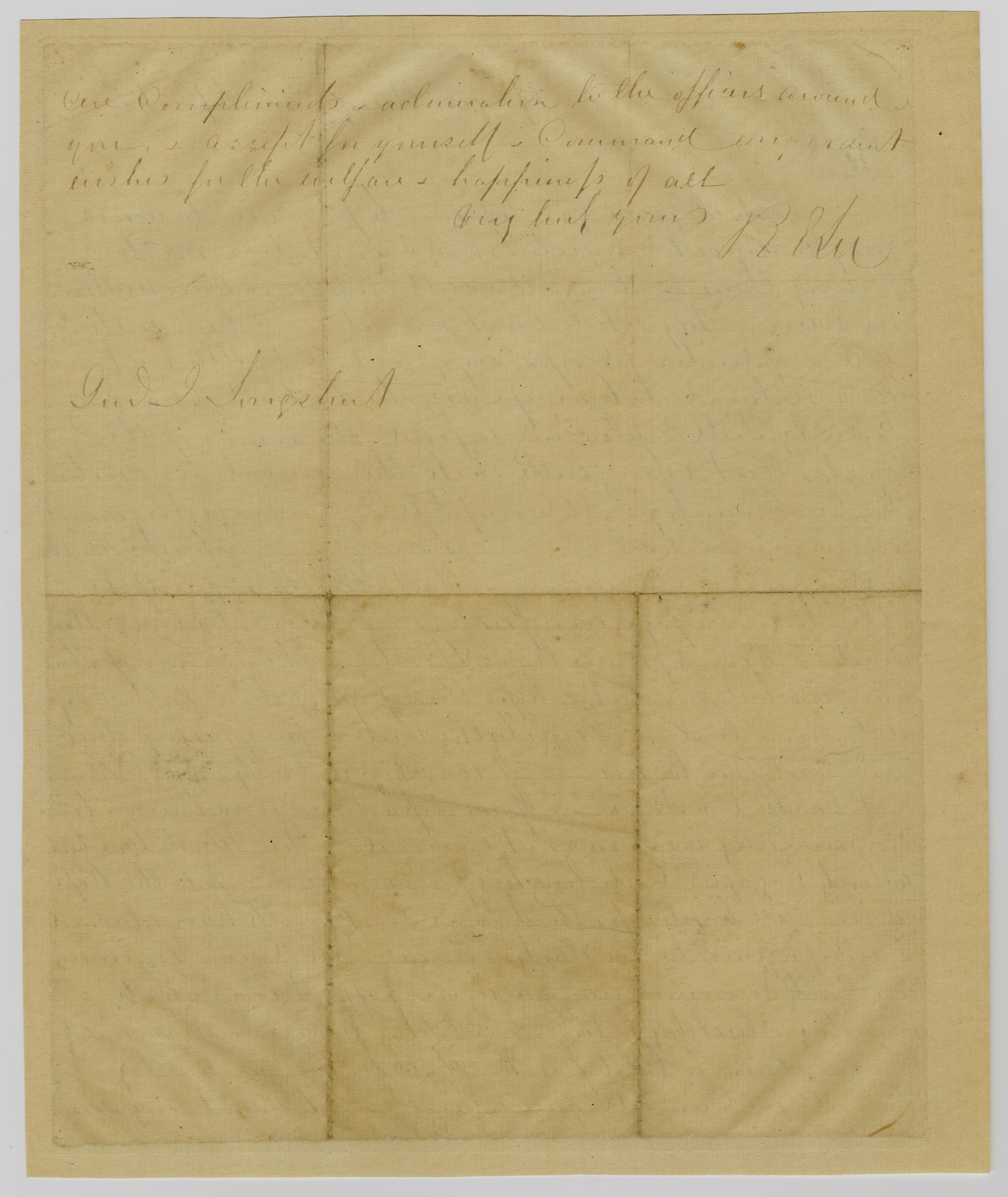 If it gives you as much pleasure to receive my warmest Congratulations as it does me to Convey them, this letter will not have been written in vain. My whole heart & Soul have been with you & your brave Corps in your late battle. It was natural to hear of Longstreet’s Hill charging Side by Side, pleasing to find the armies of the East & West vying with each other in valorous devotion to their Country. A Complete & glorious victory must ensue under such circumstances. I hope the result will equal the beginning & that Genl Bragg will be able to reoccupy [?] I grieve for the gallant dead & mourn for our brave Hood. The names of others have reached me but I hope the report of their fall may not prove true. Finish the work before you my dear Genl & return to me. I want you badly, you cannot get back too Soon. Your departure was Known to the enemy as soon as it occurred.  Genl Meade has been actively engaged collecting his forces & is now up to the Rapidan. All his troops that were sent north have returned & reinforcements are daily arriving. His Cav’s engineers are constantly reconnoitering & a vigorous effort was made Monday & tuesday to turn our left. We are endeavouring to maintain a bold front & shall endeavour to delay them all we can till you return. Present my sincere Compliments & admiration to the officers around you, & accept for yourself & Command my ardent wishes for the welfare & happiness of all.