28 September 1863: “Lieutenant-Commander Gillis reported that ‘the blockade running in Mobjack Bay had been effectually stopped by placing the schooner Samuel Rotan at the mouth of York River.'”

In this document, Captain Guert Gansevoort reports to Gideon Welles, Secretary of the Navy (United States), on naval actions and blockade running around Mobjack Bay (between the York and Rappahannock Rivers), Virginia. 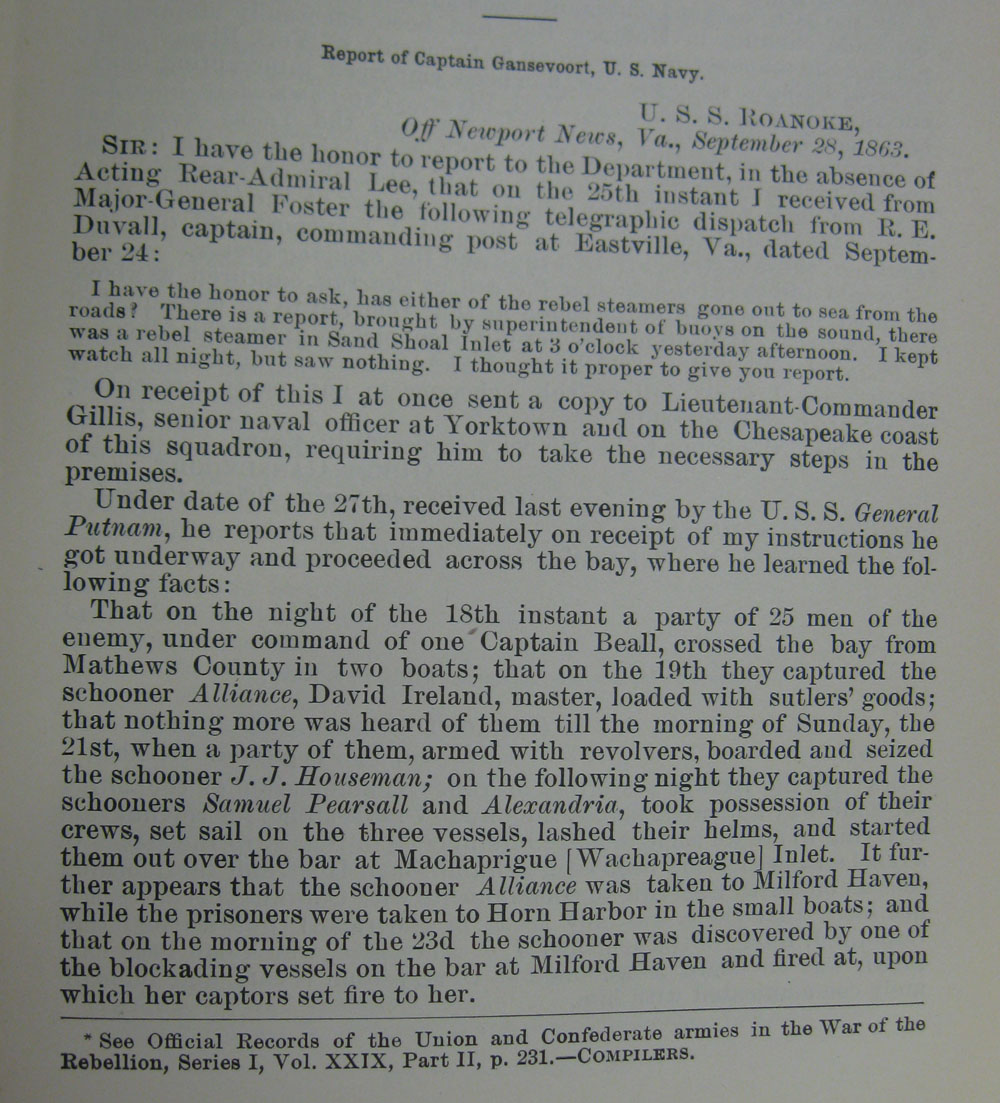 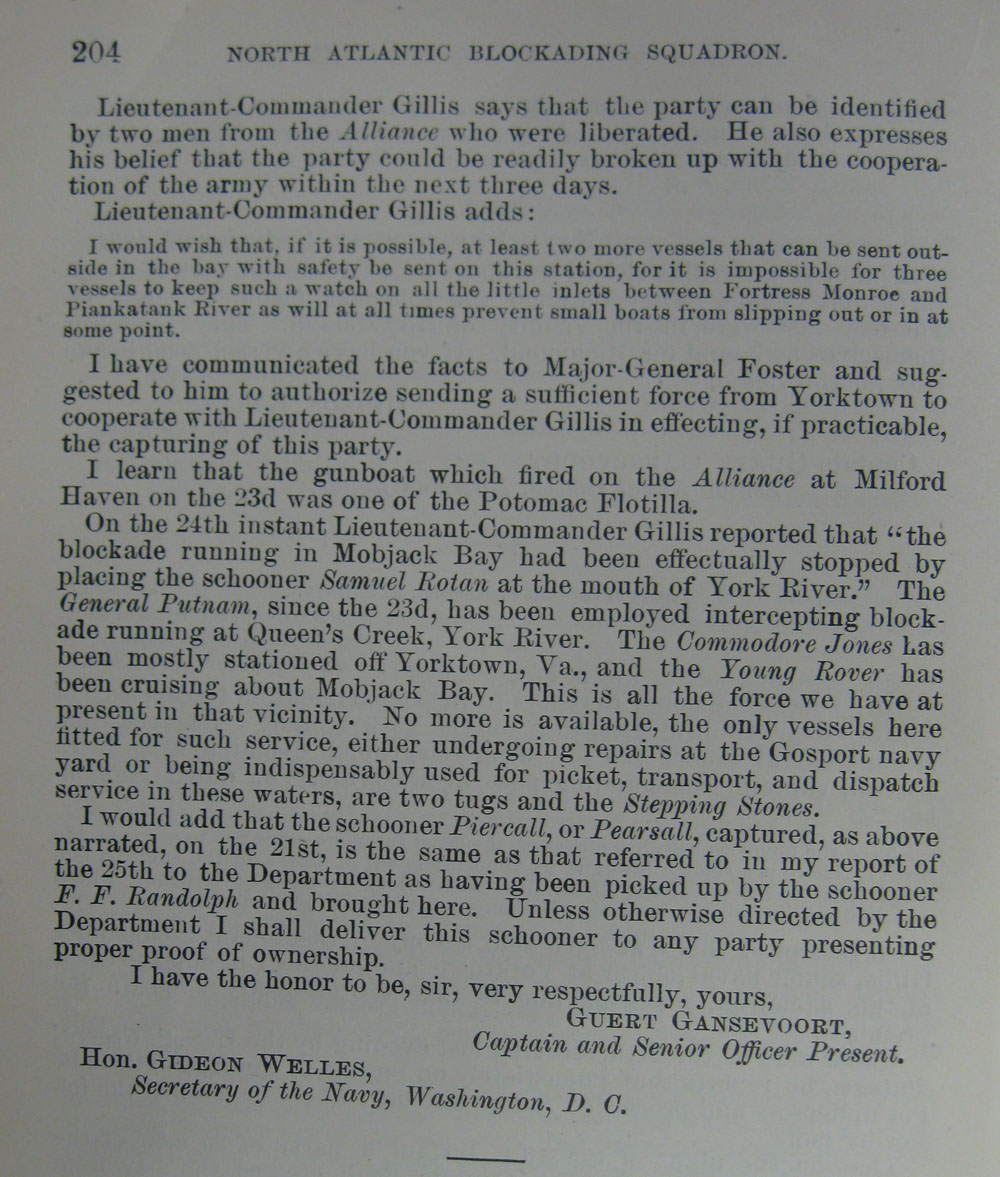 To read more from the Official Records of the Union and Confederate Navies in the War of the Rebellion, click here.