30 October 1863: “My mind often steals away from the horrors of war and retrace the footprints of youth and pleasure.”

Item Description:  Letter dated 30 October 1863, from Jacob H. Hanes to his sister Catherine E. Hanes, discussing friends and family, as well as details of the war such as encounters with Union soldiers, rations, and casualties.  This letter was written while Jacob H. Hanes was in camp near Brandy Station, Virginia.  Jacob H. Hanes served in the 4th North Carolina Regiment in the Confederate Army and was killed in May 1864. 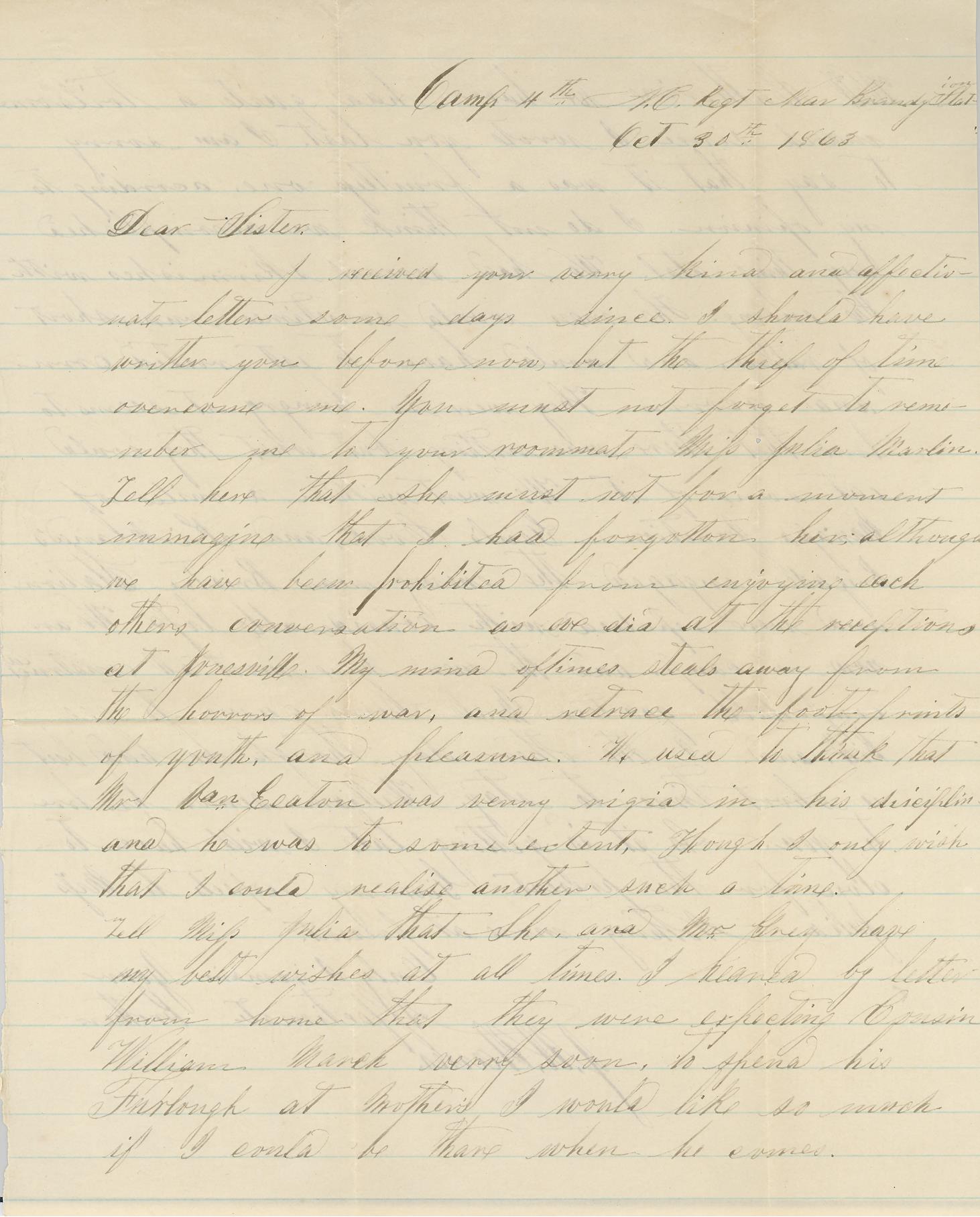 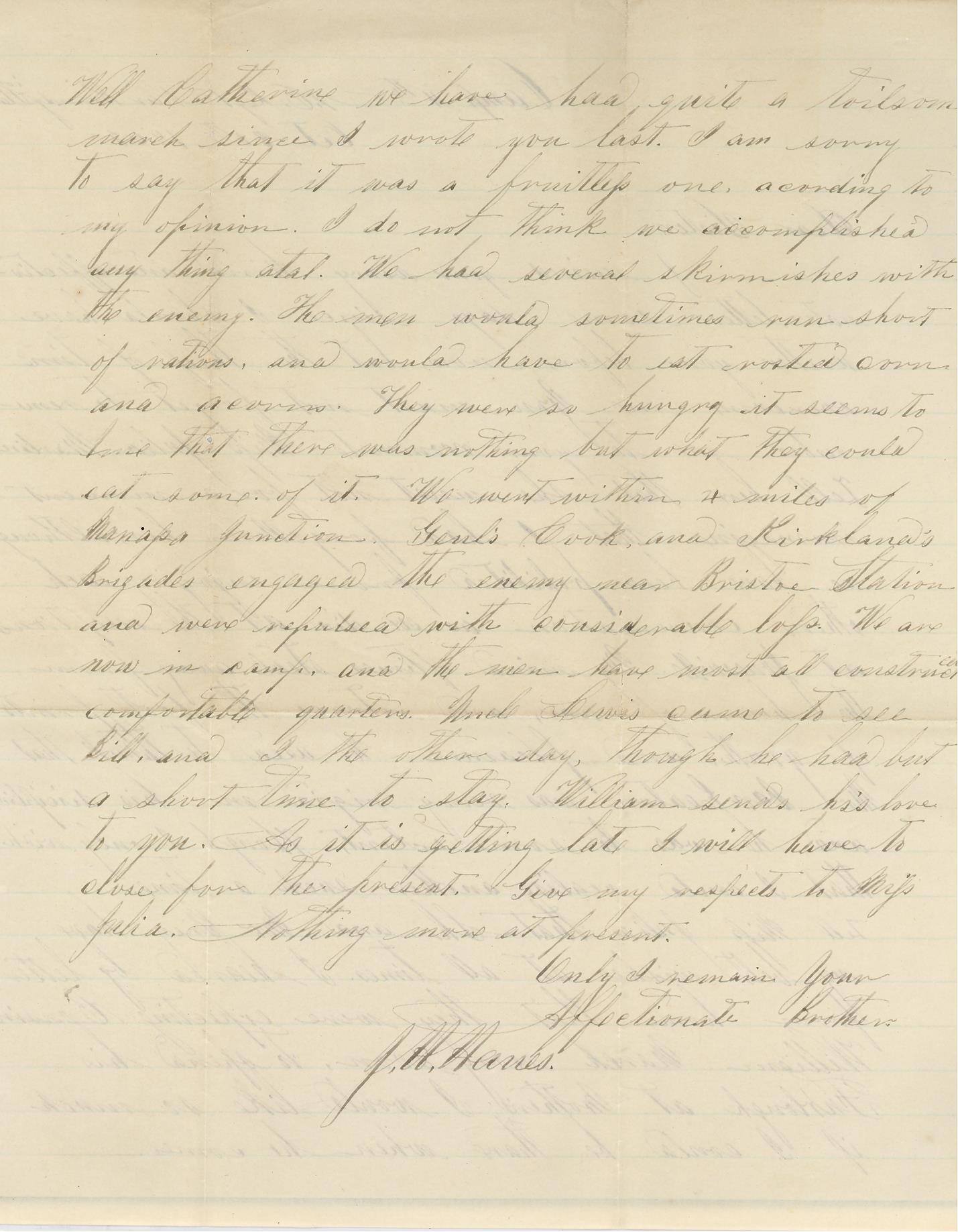 I received your verry kind and affectionate letter some days since. I should have written you before now but the thief of time overcame me. You must not forget to remember me to your roomate Miss Julia Martin. Tell her that she must not for a moment imagine that I had forgotten her although we have been prohibited from enjoying each others conversation as we did at the receptions at Jonesville. My mind often steals away from the horrors of war and retrace the footprints of youth and pleasure. We used to think that Mr Van Eaton was very rigid in his discipline and he was to some extent though I only wish that I could realise another such a time. Tell Julia that she and Mr Gray have my best wishes at all times. I heard by letter from home that they were expecting cousin William March verry soon to spend his Furlough at Mothers. I would like so much if I could be there when he comes.

Well Catherine we have had quite a toilsome march since I wrote you last. I am sorry to say that it was a fruitless one according to my opinion. I do not think we accomplished any think atal. We had several skirmished with the enemy. the men would sometimes run short of rations and would have to eat rosted corn and acorns. They were so hugry it seems to me that there was nothing but what they could eat some of it. We went within 4 miles of Manassas Junction. Genl’s Cook and Kirkland’s Brigades engaged the enemy near Bristoe Station and were repulsed with considerable loss. We are now in camp and the men have most all constructed comfortable quarters. Uncle Lewis came to see Bill and I the other day though he had but a short time to stay. William sends his love to you. As it is getting late I will have to close for the present. Give my respects to Miss Julia. Nothing more at present.

Only I remain your
Affectionate Brother