2 November 1863: “… some talk as if Ham was a going to attack Corinth but that is mere talk – unadulterated nonsense.”

Item description: Entry, dated 2 November 1863, from the diary of Samuel A. Agnew, an Associate Reformed Presbyterian minister and farmer in northern Mississippi.  He discussed his personal activities and the potential movements of General Bragg and General Rosecrans. 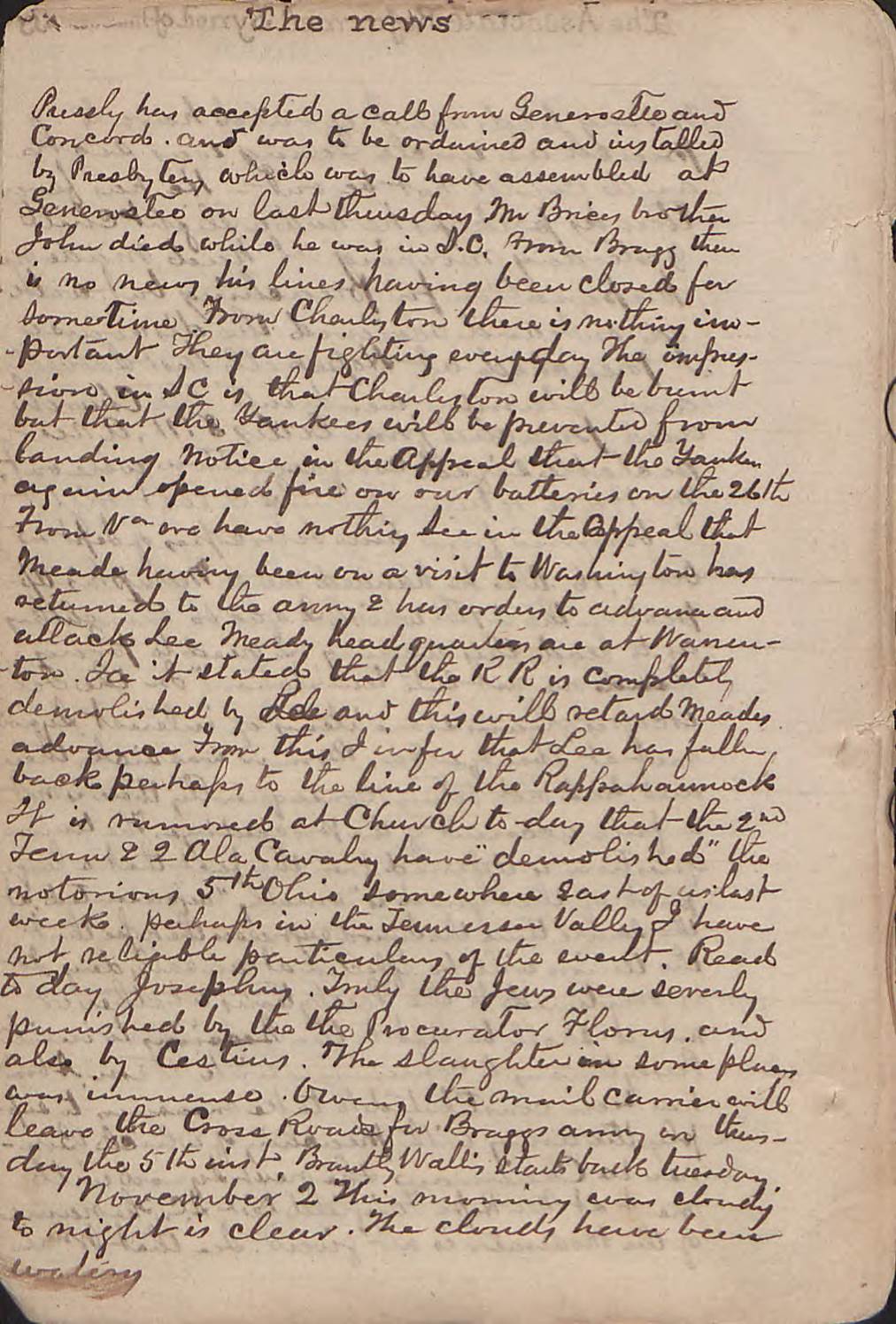 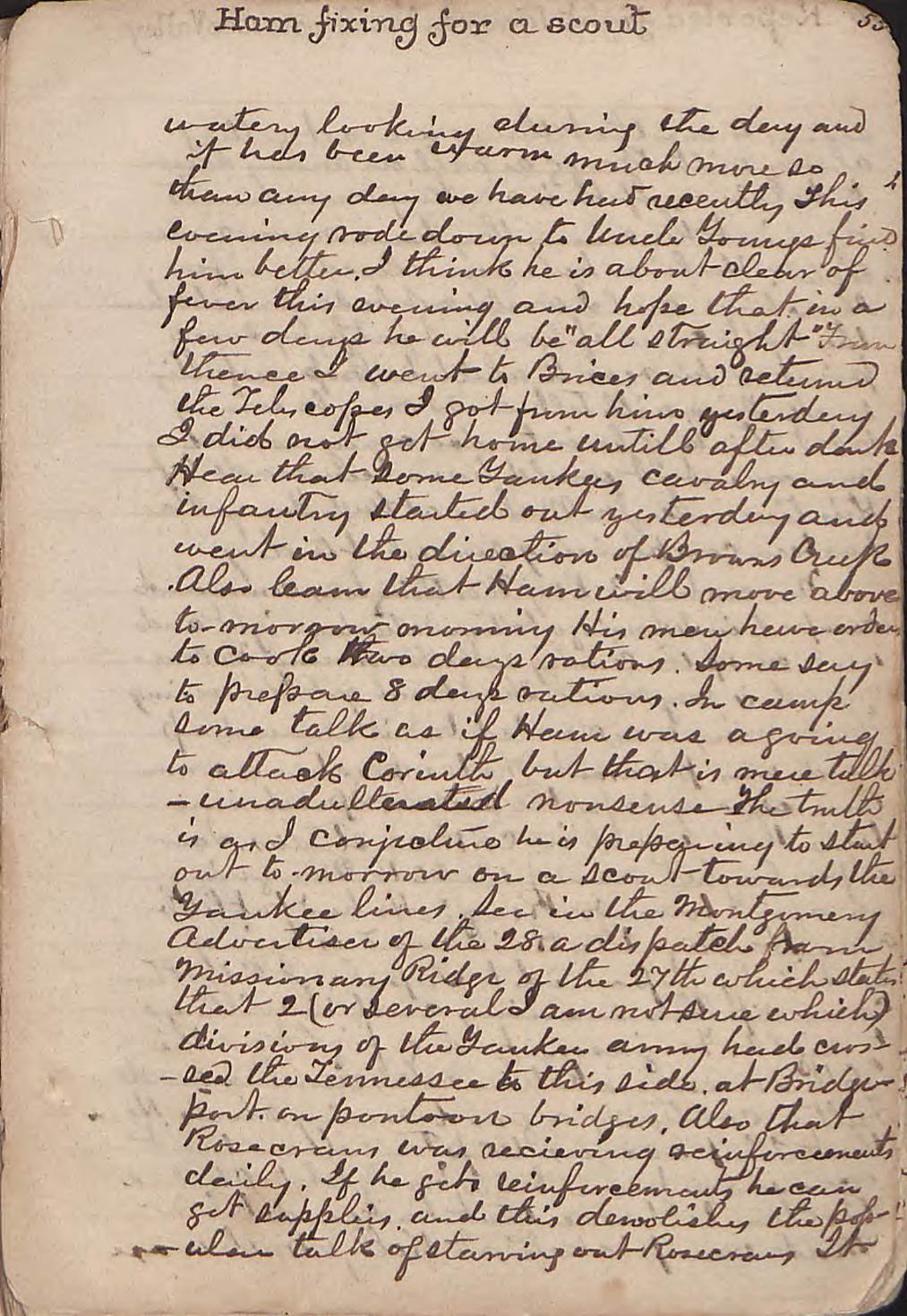 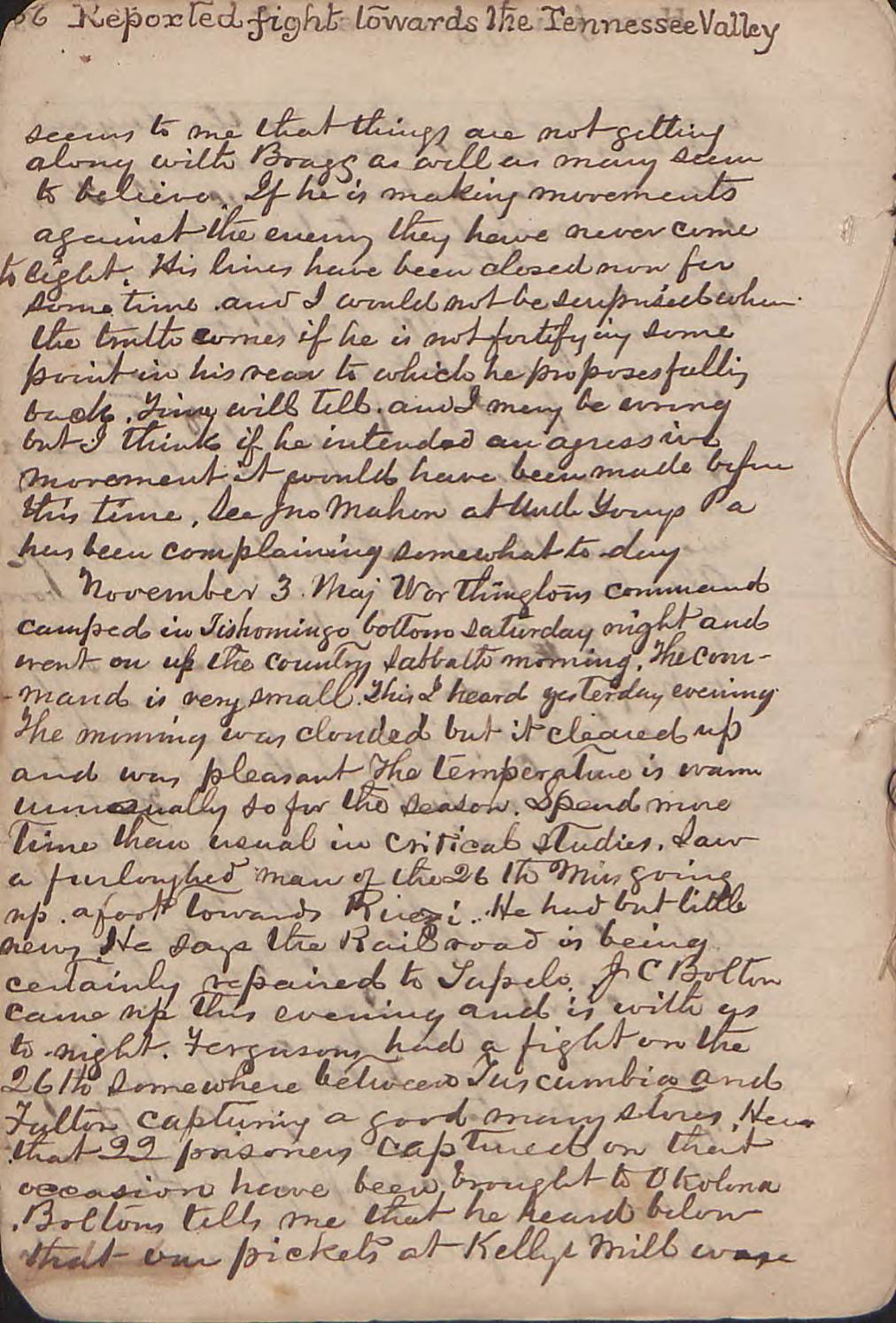 November 2. This morning was cloudy to night is clear. The clouds have been watery looking during the day and it has warm much more so than any day we have had recently. This evening rode down to Uncle Youngs find him better. I think he is about clear of fever this evening and hope that in a few days he will be “all straight.”  From thence I went to Brices and returned the telescopes I got from him yesterday.  I did not get home untill after dark.  Hear that some Yankees cavalry and infantry started out yesterday and went in the direction of Browns Creek.  Also learn that Ham will move above to-morrow morning.  His men have orders to cook two days rations.  Some say to prepare 8 days rations.  In camp some talk as if Ham was a going to attack Corinth but that is mere talk – unadulterated nonsense. The truth is and conjecture he is preparing to start out to-morrow on a scout towards the Yankee lines.  See in the Montgomery Advertiser of the 28 a dispatch from Missionary Ridge of the 27th which states that 2 (or several I am not sure which) divisions of the Yankee army had crossed the Tennessee to this side at Bridge-port on pontoon bridges.  Also that Rosecrans was receiving reinforcements daily.  If he gets reinforcements he can get supplies, and this demolishes the pop-ular talk of staring out Rosecrans.  It seems to me that things are not getting along with Bragg as well as man seem to believe.  If he is making movements against the enemy they have never come to light.  His lines have been closed now for some time and I would not be surprised when the truth comes if he is not fortifying some point in his rear to which he proposes falling back.  Time will tell.  and I may be wrong but I think if he intended an aggressive movement it would have been made before this time.  See Jno. Mahon at Uncle Youngs.  Pa has been complaining somewhat to-day.