Item description: Entry, dated 1 December 1863, in the Samuel A. Agnew Diary.  In this entry, Agnew describes a miscommunication about the whereabouts and strength of Forrest, Ferguson, and Lee’s units and uncertainty about the location of Union troops.  Agnew also discusses General Bragg’s retreat following the Battle of Chickamauga and the impact of that defeat. 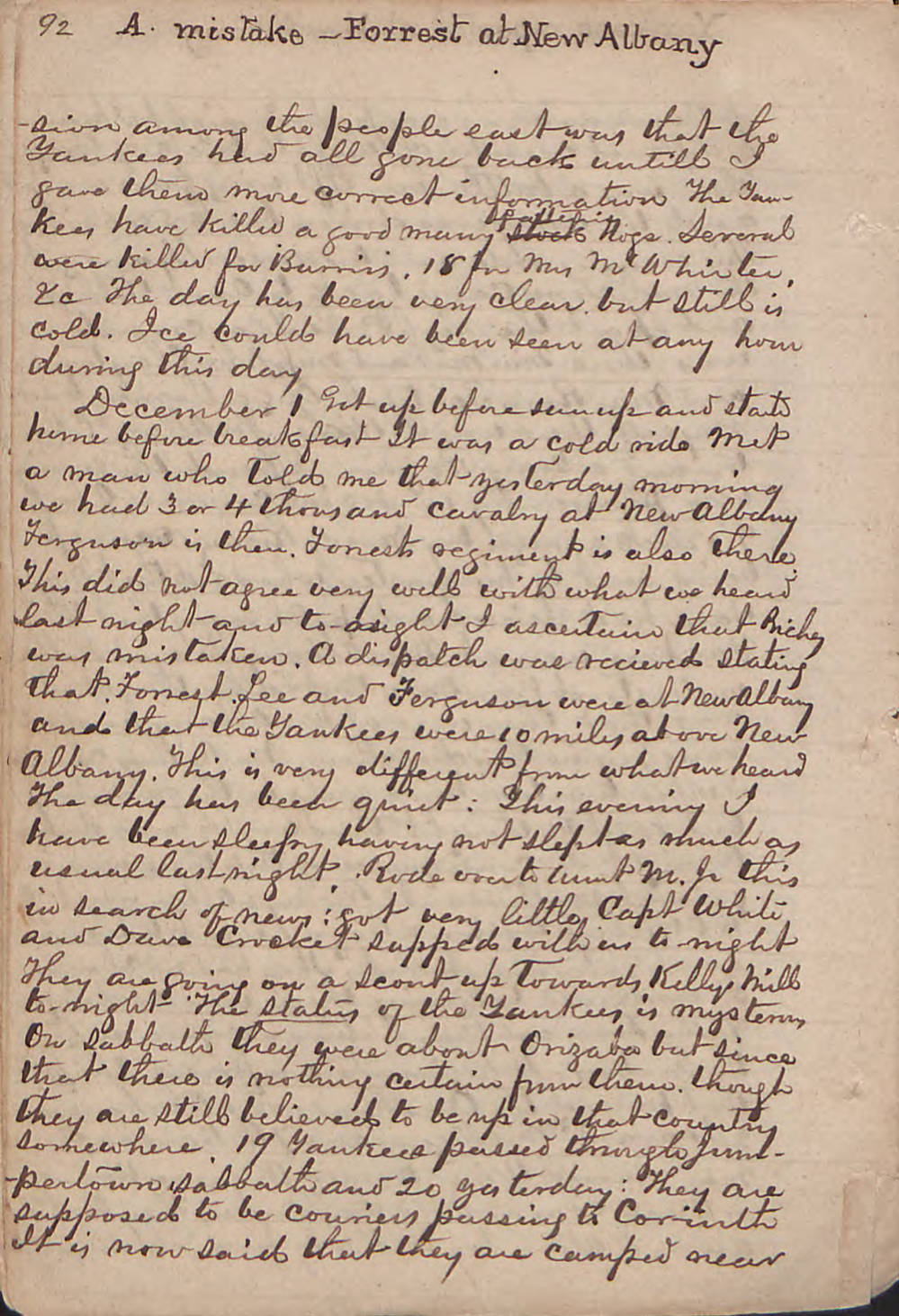 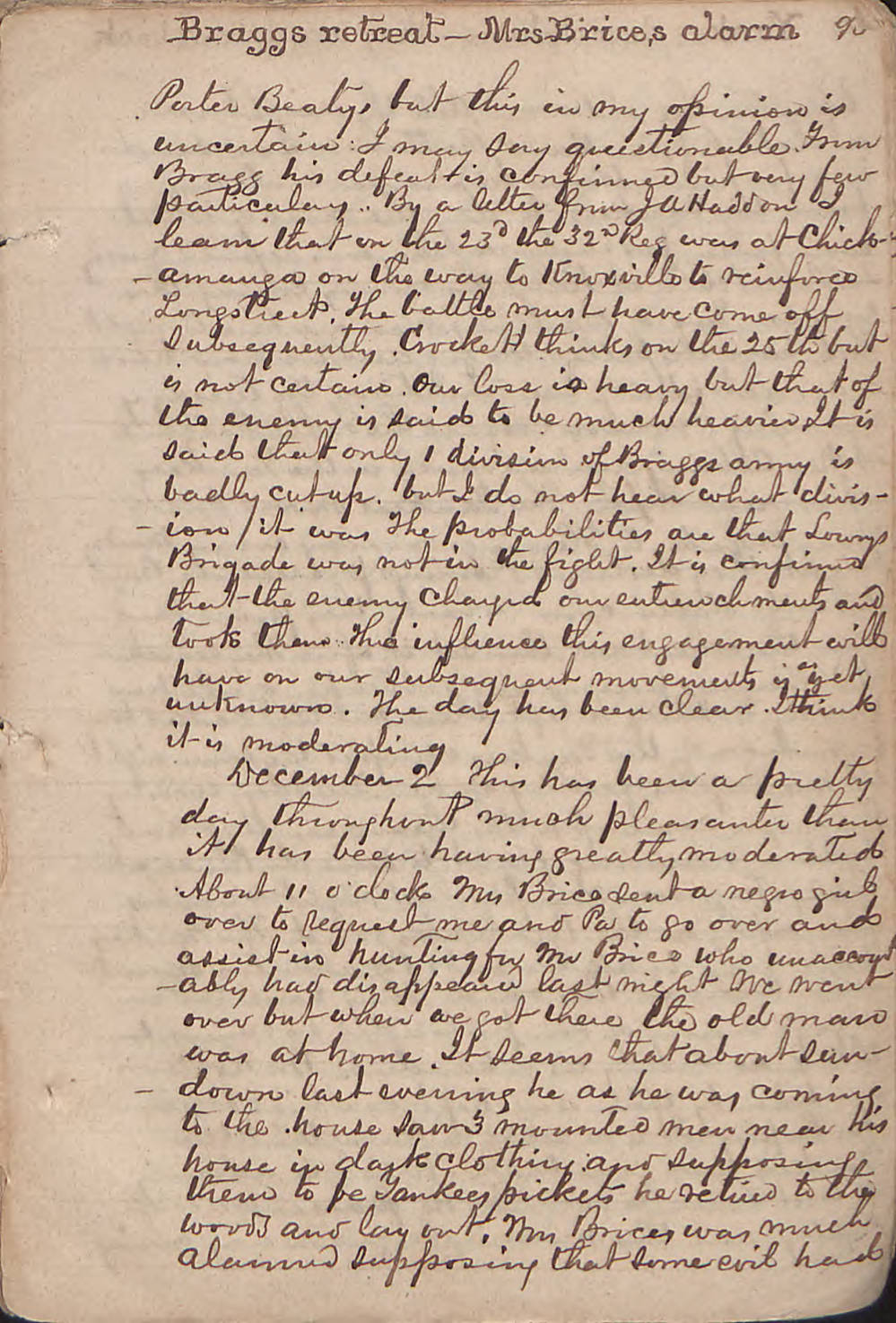 December 1. Got up before sun up and started home before breakfast. It was a cold ride. Met a man who told me that yesterday morning we had 3 or 4 thousand cavalry at New Albany, Ferguson is there. Forrest’s regiment is also there. This did not agree very well with what we heard last night and tonight I ascertained that Richey was mistaken. A dispatch was received stating that Forrest, Lee and Ferguson were at New Albany and that the Yankees were 10 miles above New Albany. This is very different from what we heard.

The day has been quiet. This evening I have been sleeping having not slept as much as usual last night. Rode over to Aunt M. J’s this [evening] in search of news, got very little. Capt. White and Dave Crocket supped with us tonight. They are going on a scout up towards Kelly’s Mill tonight. The status of the Yankees is mysterious. On Sabbath they were about Orizaba, but since that, there is nothing certain from them, though they are still believed to be up in that country somewhere. 19 Yankees passed through Jumpertown sabbath and 20 yesterday. They are supposed to be couriers passing to Corinth. It is now said that they are camped near Porter Beaty’s, but this in my opinion is uncertain, I may say questionable.

From Bragg his defeat is confirmed, but very few particulars. By a letter from J. A. Haddon I learn that on the 23d the 32nd Reg. was at Chickamauga on the way to Knoxville to reinforce Longstreet. The battle must have come off subsequently. Crockett thinks an the 25th but is not certain. Our loss is heavy but that of the enemy is said to be much heavier. It is said that only 1 division of Bragg’s army is badly cut up, but I do not hear what division it was. The probabilities are that Lowry’s Brigade was not in the fight. It is confirmed that the enemy charged our entrenchments, and took them. The influence this engagement will have on our subsequent movements is as yet unknown.

The day has been clear. I think it is moderating.