3 December 1863: “…a few days will certainly determine the course of the winter’s campaign.”

Item description: Letter, dated 3 December 1863, from Stephen D. Ramseur to his wife, Ellen Richmond Ramseur.  He describes engagements in Virginia and a Union retreat that may have been part of the Mine Run campaign. 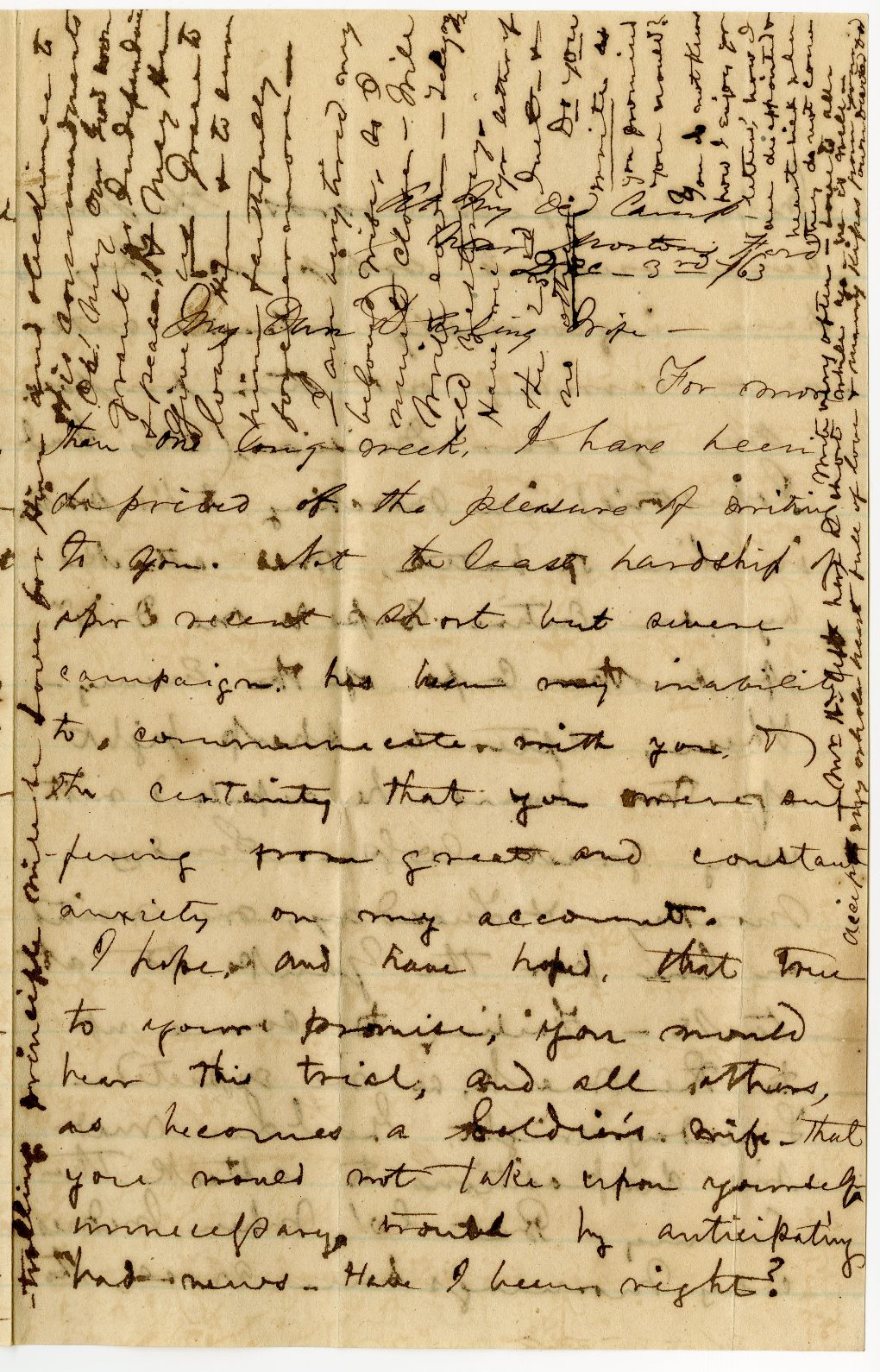 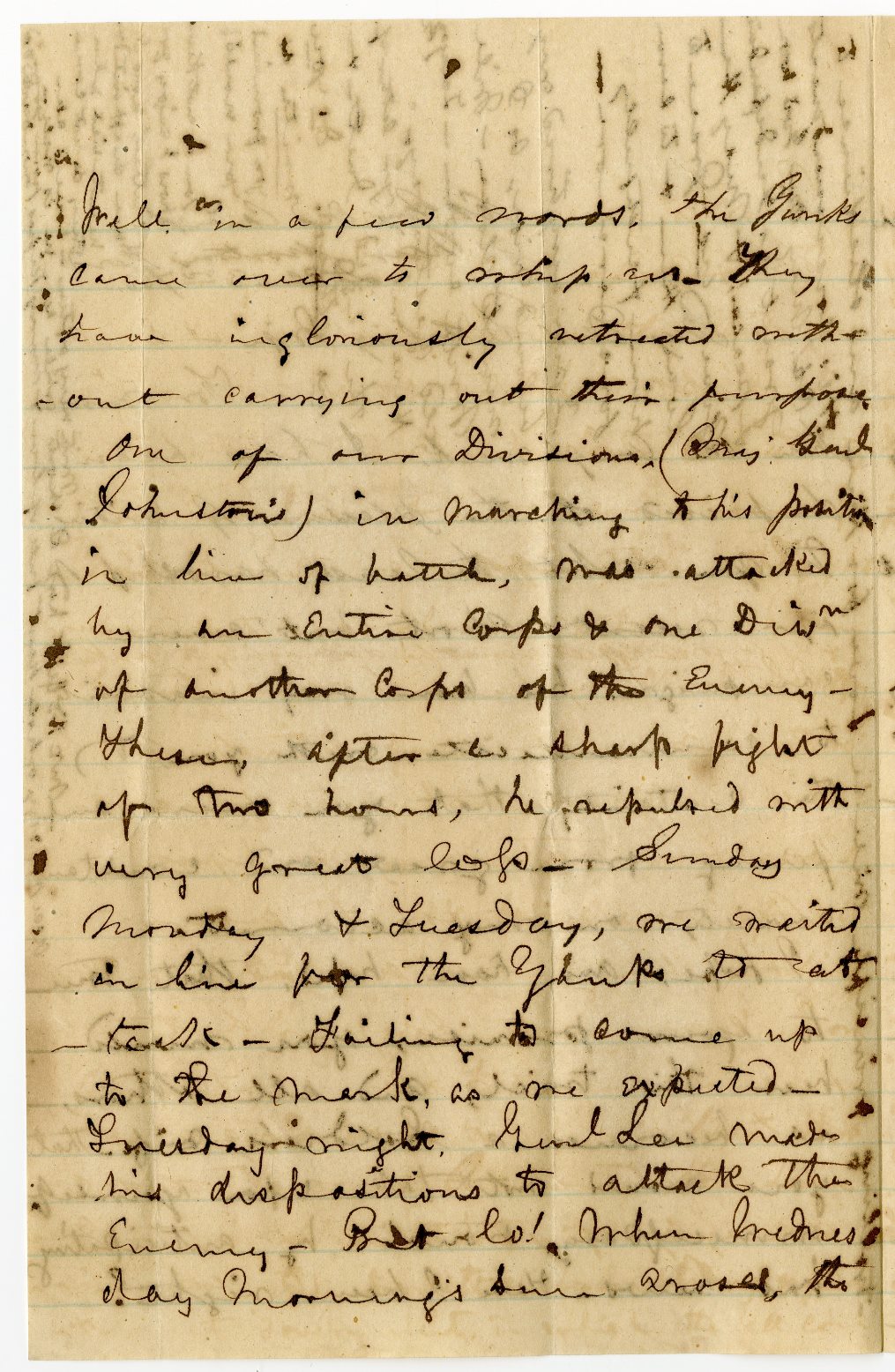 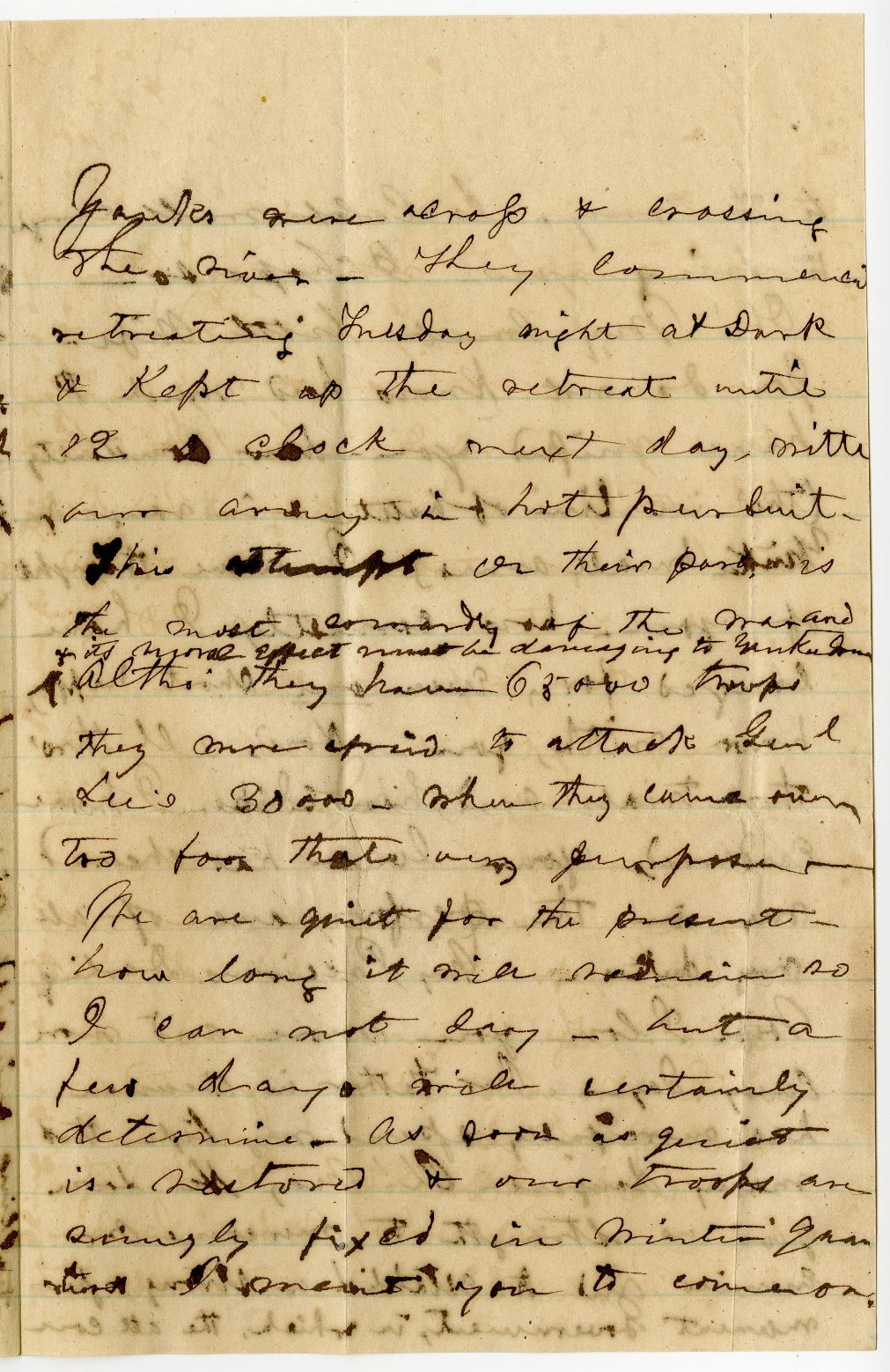 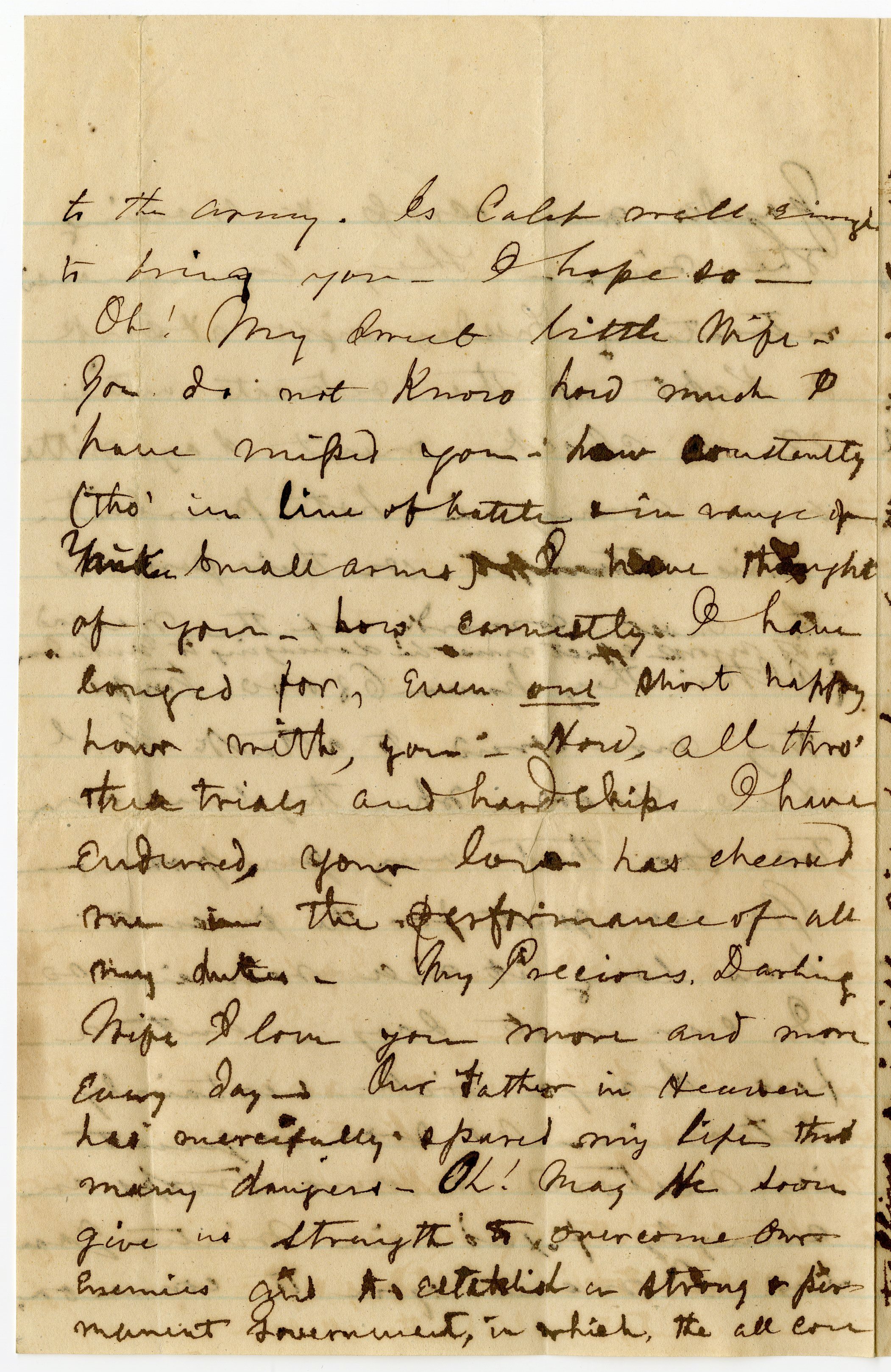 My own Darling Wife,

The Yankees came over to whip us. They have obviously retreated without carrying out their purpose. One of our Divisions under Major General Johnston in marching over to his position in the line of battle was attacked by an entire Corps and one division of another Corps of the enemy. These forces, after a sharp fight of over two hours were repulsed with very great loss.

Sunday, Monday, and Tuesday, we waited in line of battle for the enemy to attack. Failing to come up to the mark as we expected. Tuesday night Gen’l Lee made his dispositions to attack the enemy, but when Wednesday morning’s sun arose, lo the Yankees were retreating and crossing the river. They commenced retreating Tuesday night at dark and kept up their retreat through the night, with our skirmishers in hot pursuit.

This attempt on their part is the most cowardly of the war and its moral effect must be very damaging to the Yankee’s spirit. Although they had 63,000 troop they were afraid to be attacked by Gen’l Lee’s 30,000, when they came over for that very purpose.

We are quiet for the present. How long it will remain so, I cannot say, but a few days will certainly determine the course of the winter’s campaign. may God give us strength to overcome our enemies and to establish a permanent Government and with all controlling principle will be done and obedience to His Commandments.

More about this item: Brigadier General Stephen Ramseur served as an officer in the Confederate Army under General Robert Rodes. Ramseur and his sweetheart, Ellen Richmond, were married in October of 1863 in Lincoln County, N.C., while he was on furlough.