7 December 1863: “He says nearly all the negroes there would come back to their masters if they were not afraid that they would be whipped and sold.”

Posted on 7 Dec ’13 by Biff Hollingsworth 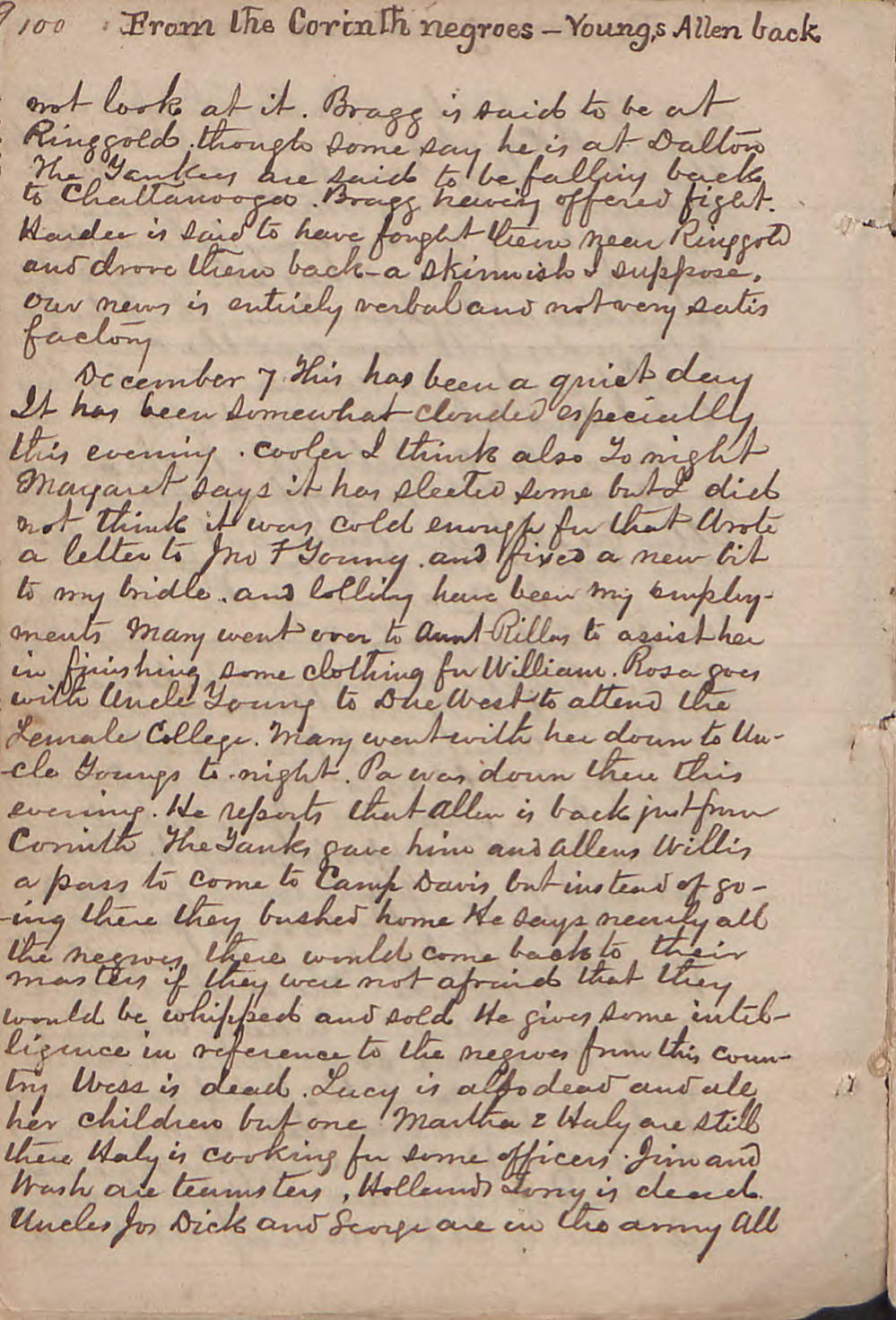 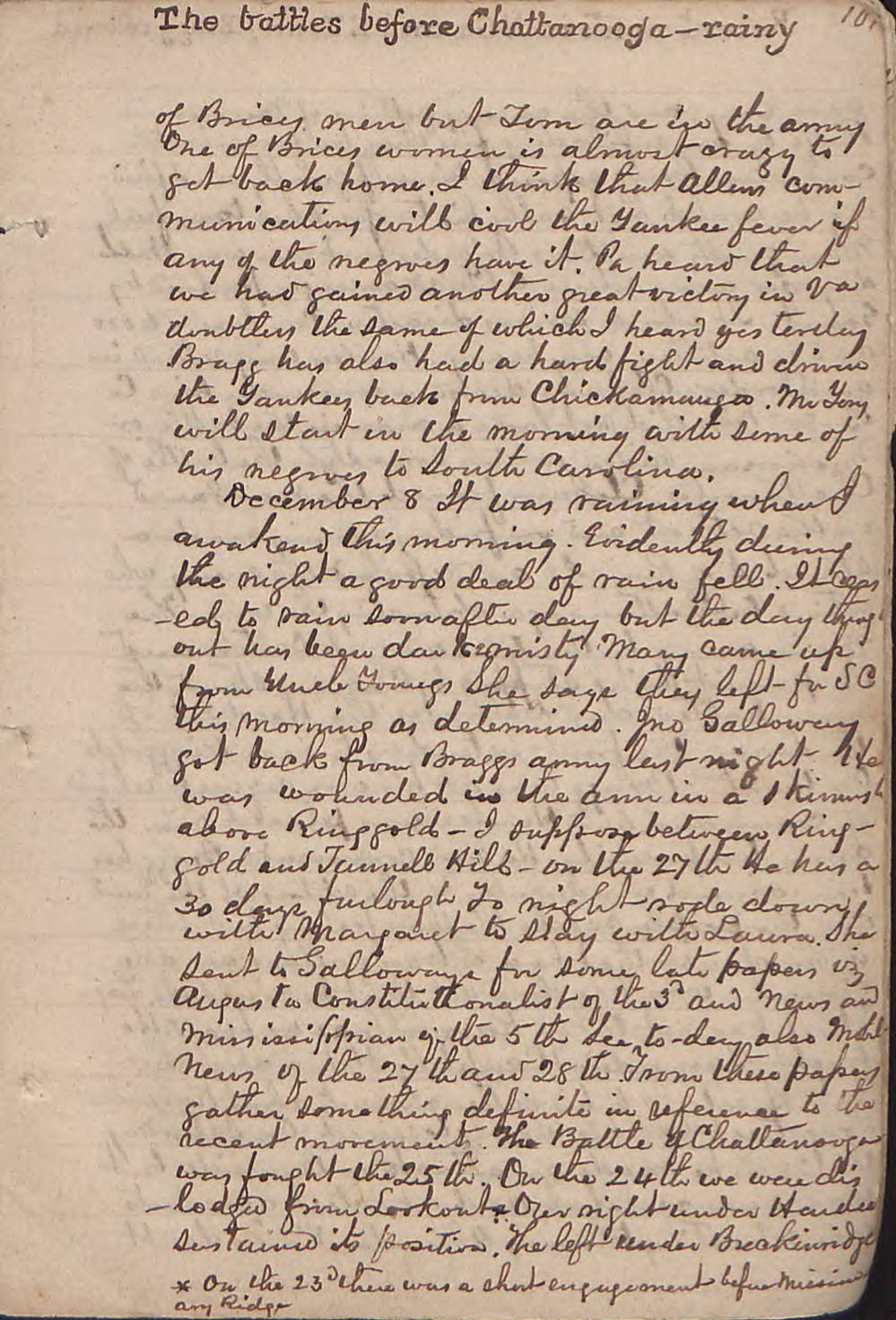 From the Corinth negroes–Young’s Allen back

This has been a quiet day. It has been somewhat clouded especially this evening, cooler I think also. Tonight Margaret says it has sleeted some, but I did not think it was cold enough for that. Wrote a letter to Jno. F. Young and fixed a new bit to my bridle, and lolling have been my employments. Mary went over to Aunt Rilla’s to assist her in finishing some clothing for William. Rosa goes with Uncle Young to Due West to attend the Female College. Mary went with her down to Uncle Young’s tonight. Pa was down there this evening. He reports that Allen is back just from Corinth. The Yanks gave him and Allen’s Willis a pass to come to Camp Davis but instead of going there they bushed home. He says nearly all the negroes there would come back to their masters if they were not afraid that they would be whipped and sold. He gives some intelligence

in reference to the negroes from this country. Wess in dead, Lucy is also dead, and all her children but one. Martha & Haly are still there, Haly is cooking for some officers. Jim and Wash are teamsters, Holland’s Tony is dead. Uncle Jo’s Dick and George are in the army. All of Brice’s men but Tom are in the army. One of Brice’s women is almost crazy to get back home. I think that Allen’s communications will cool the Yankee fever if any of the negroes have it. Pa heard that we had gained another great victory in Va, doubtless the same of which I heard yesterday. Bragg has also had a hard fight and driven the Yankees back from Chickamauga. Mr. Young will start in the morning with some of his negroes to South Carolina.

This entry was posted in Southern Historical Collection and tagged Battle of Chickamauga, Corinth, Mississippi, sale of slaves, Samuel A. Agnew, slavery, slaves. Bookmark the permalink.