17 December 1863: “I can tie my mustache in a bow-knot under my chin and am very handsome generally (see enclosed carte-de-visite).”

Item description: Letter, dated 17 December 1863, from Benjamin Lewis Blackford to his mother, Mary Berkeley Minor Blackford.  The letter is written from his camp on Topsail Sound, and it is he expresses his disgust with Wilmington residents, who have been demoralized by blockade running.  He also describes the Kidder family in Wilmington, his difficulties “as a Virginian” acclimating to Wilmington social life and customs, and the peanut plantation where he is camped. 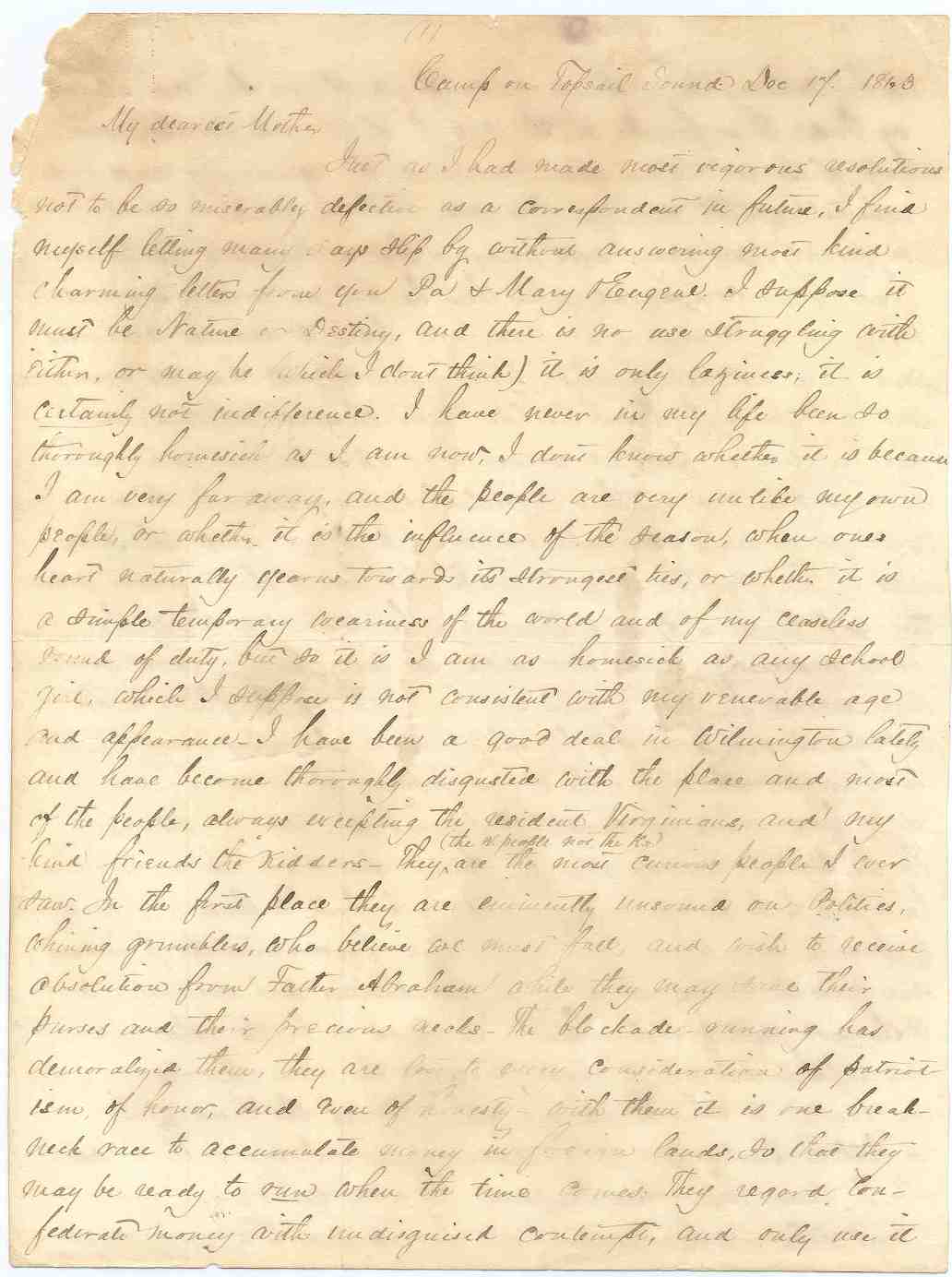 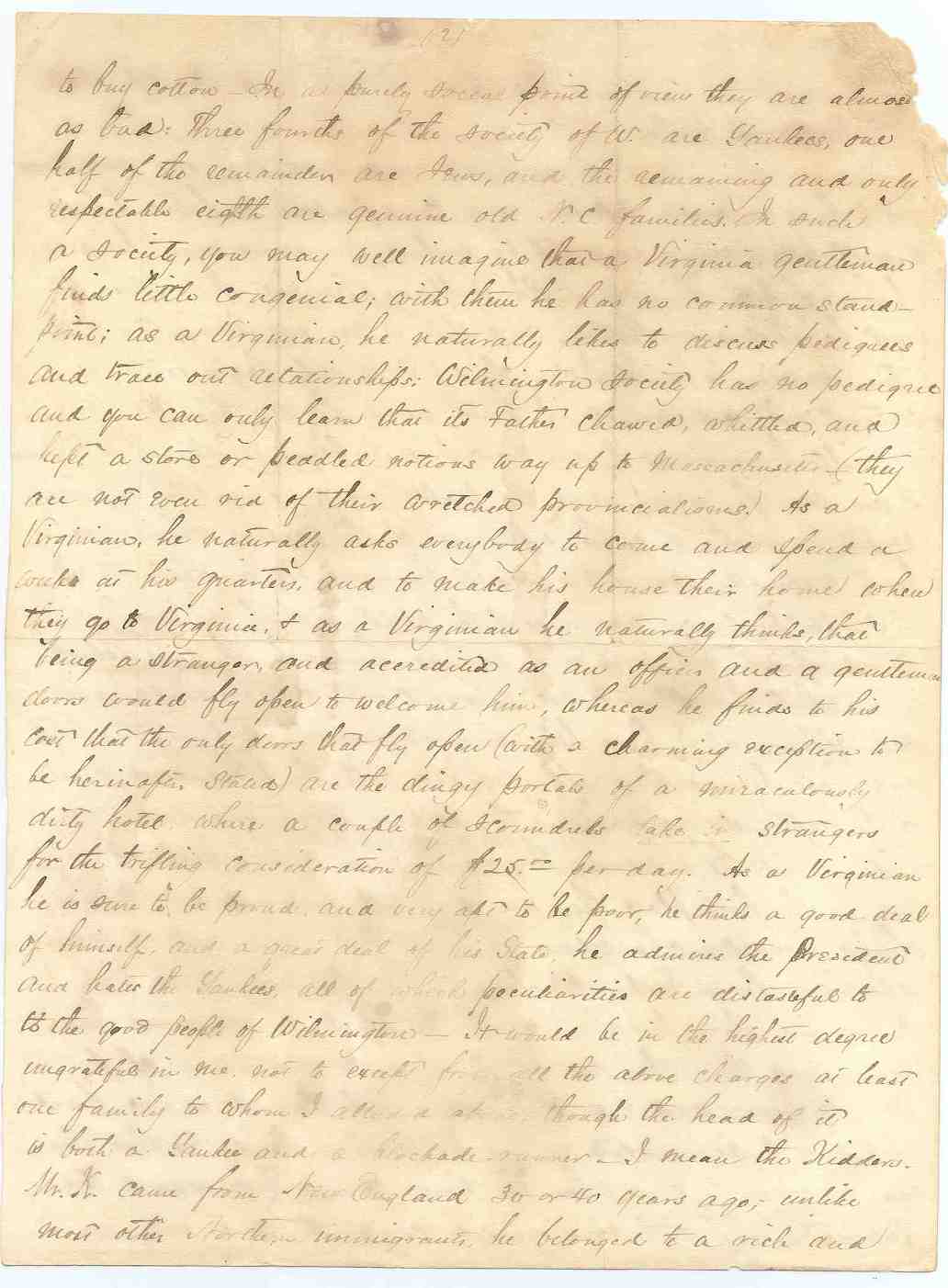 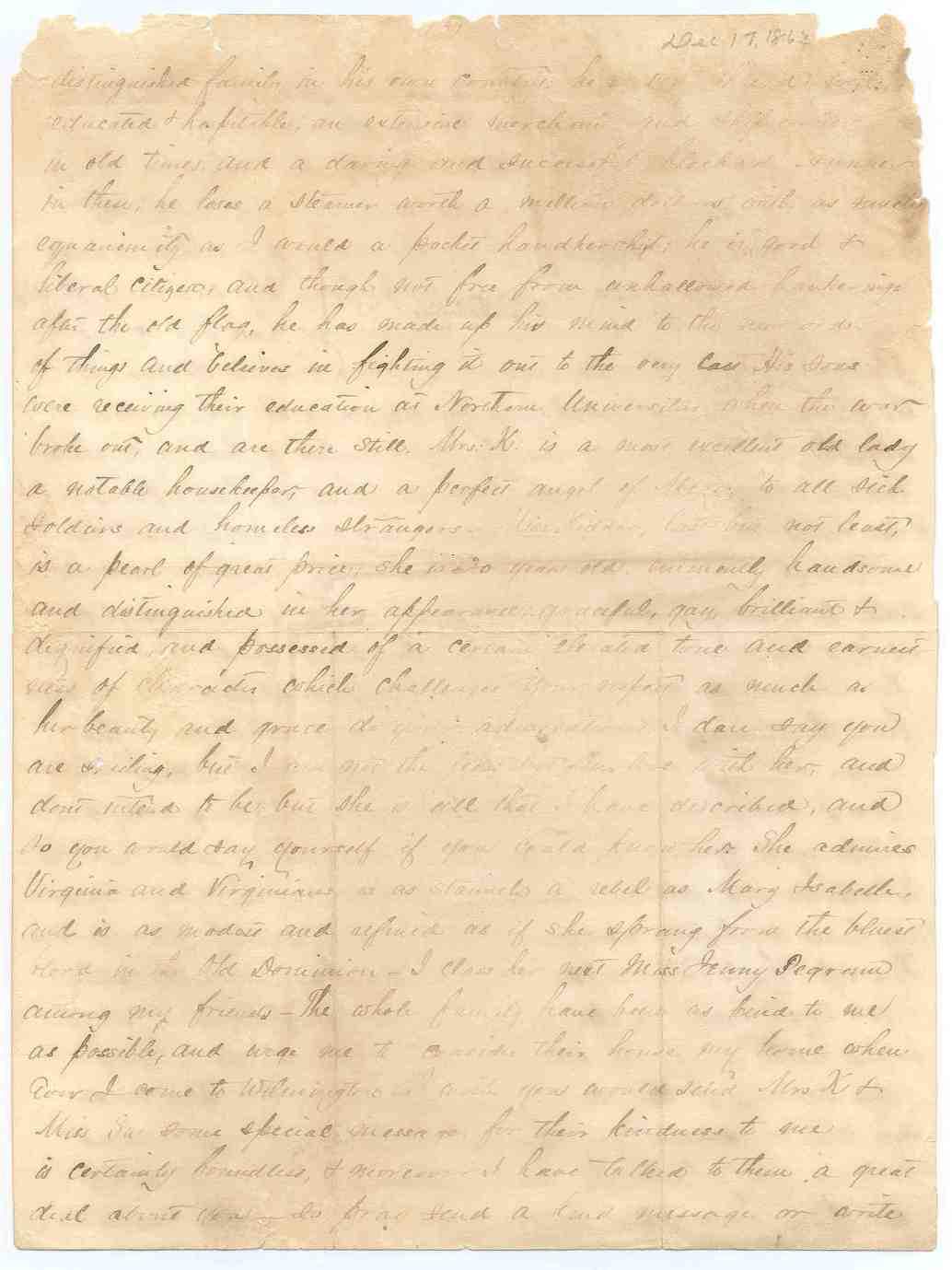 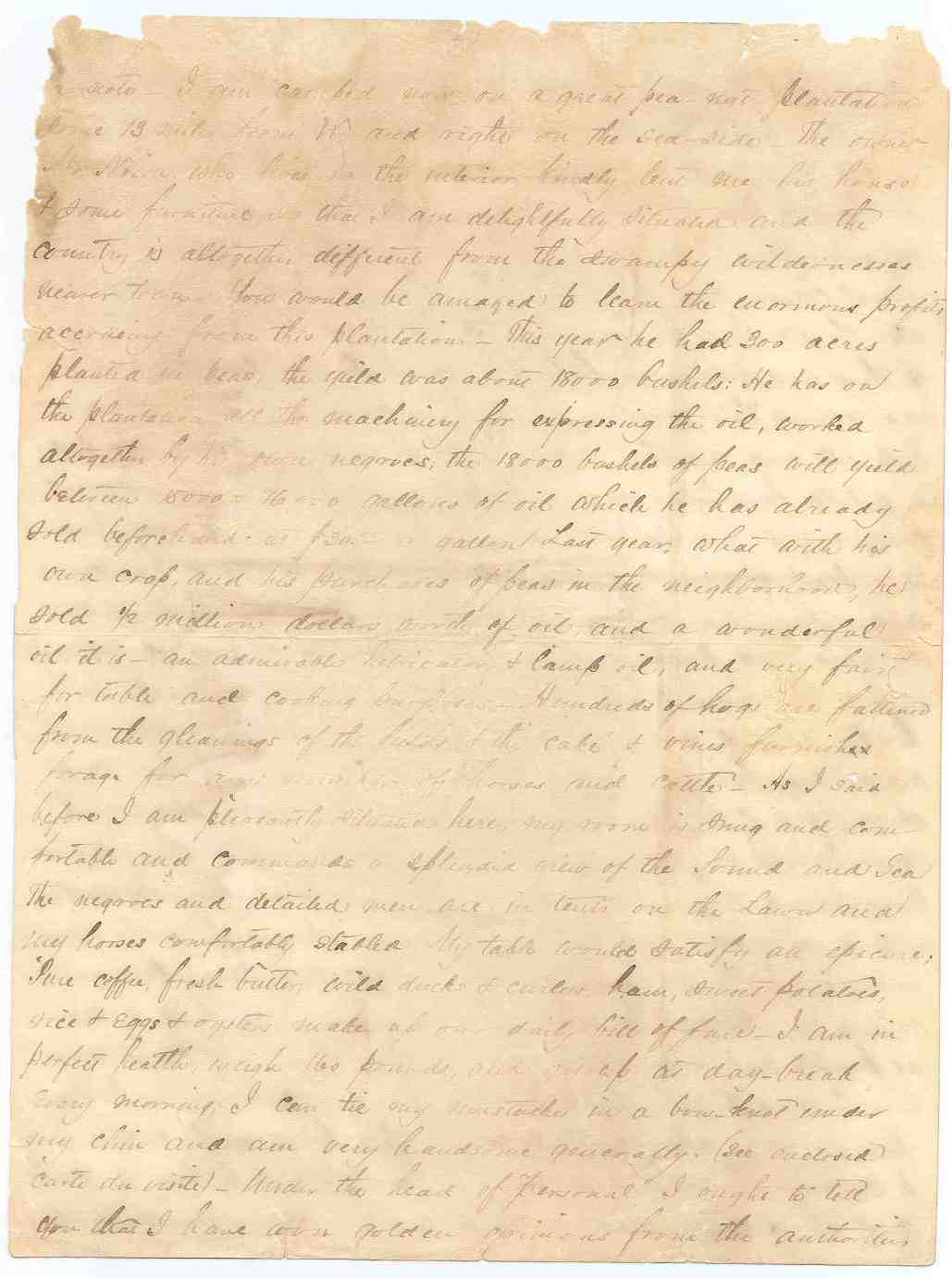 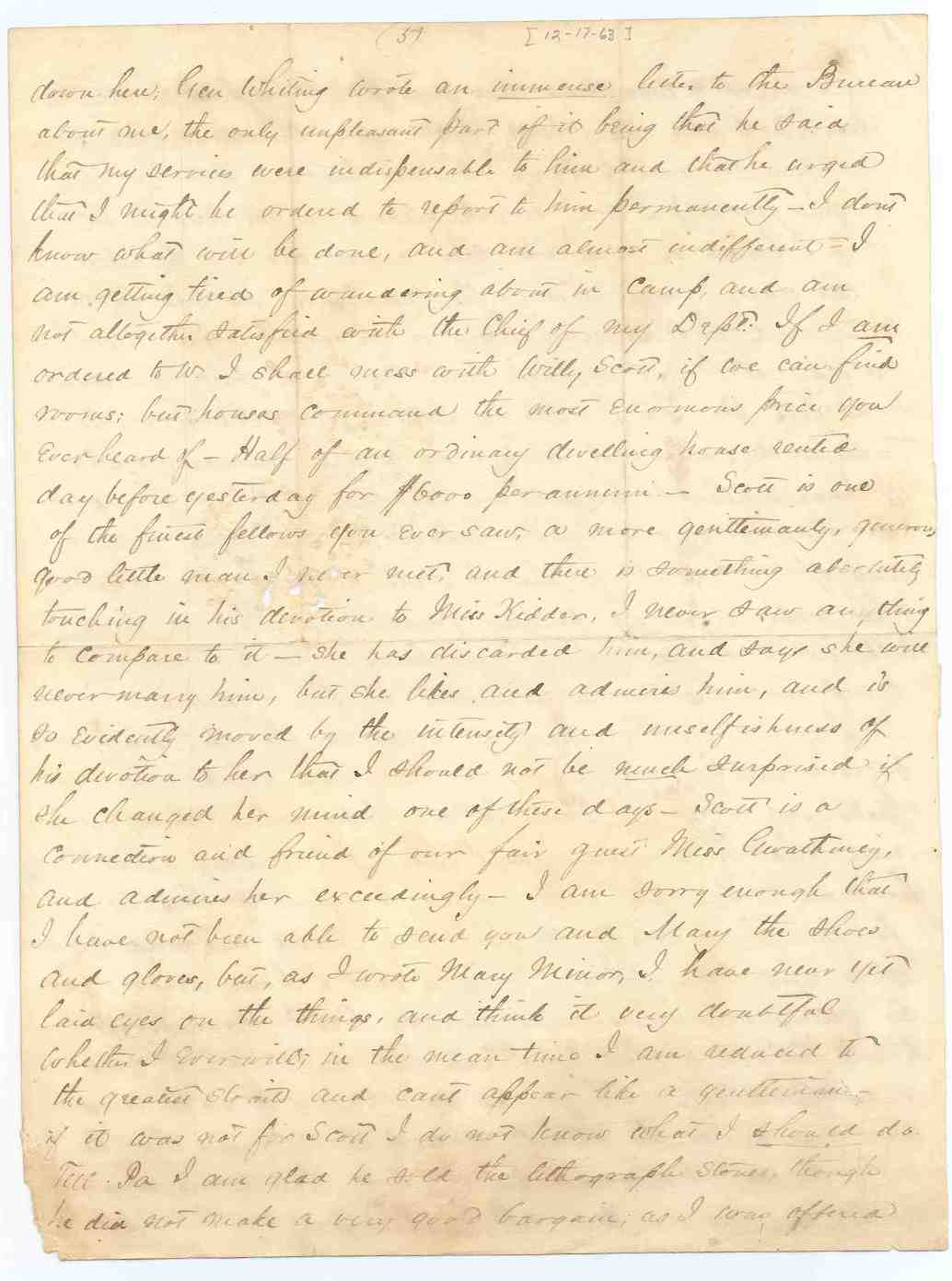 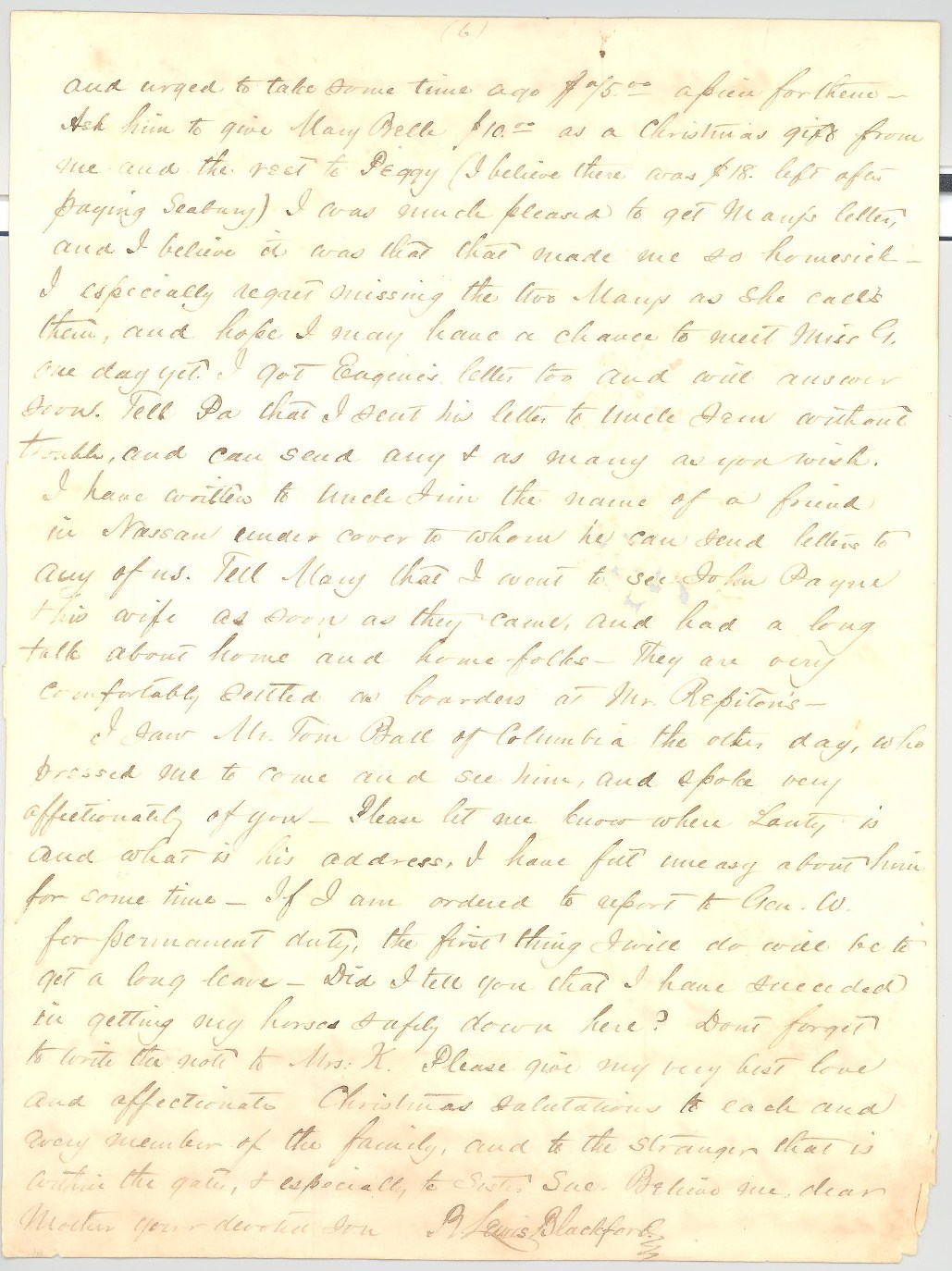 I saw Mr. Tom Ball of Columbia the other day, who pressed me to come and see him, and spoke very affectionately of you.  Please let me know where Lanty is and what is his address. I have felt uneasy about him for some time.  If I am ordered to report to Gen. W. for permanent duty, the first thing I will do will be to get a long leave.  Did I tell you that I have succeeded in getting my horses safely down here? Don’t forget to write the note to Mrs. K. Please give mt very best love and affectionate Christmas salutations to each and every member of the family, and to the stranger that is within the gate, & especially to Sister Sue.  Believe me, dear Mother, you devoted son,