28 January 1864: “Here we remained without interruption until the 15th of Nov, when a cavalry force of the enemy made its appearance opposite Warton’s ford” 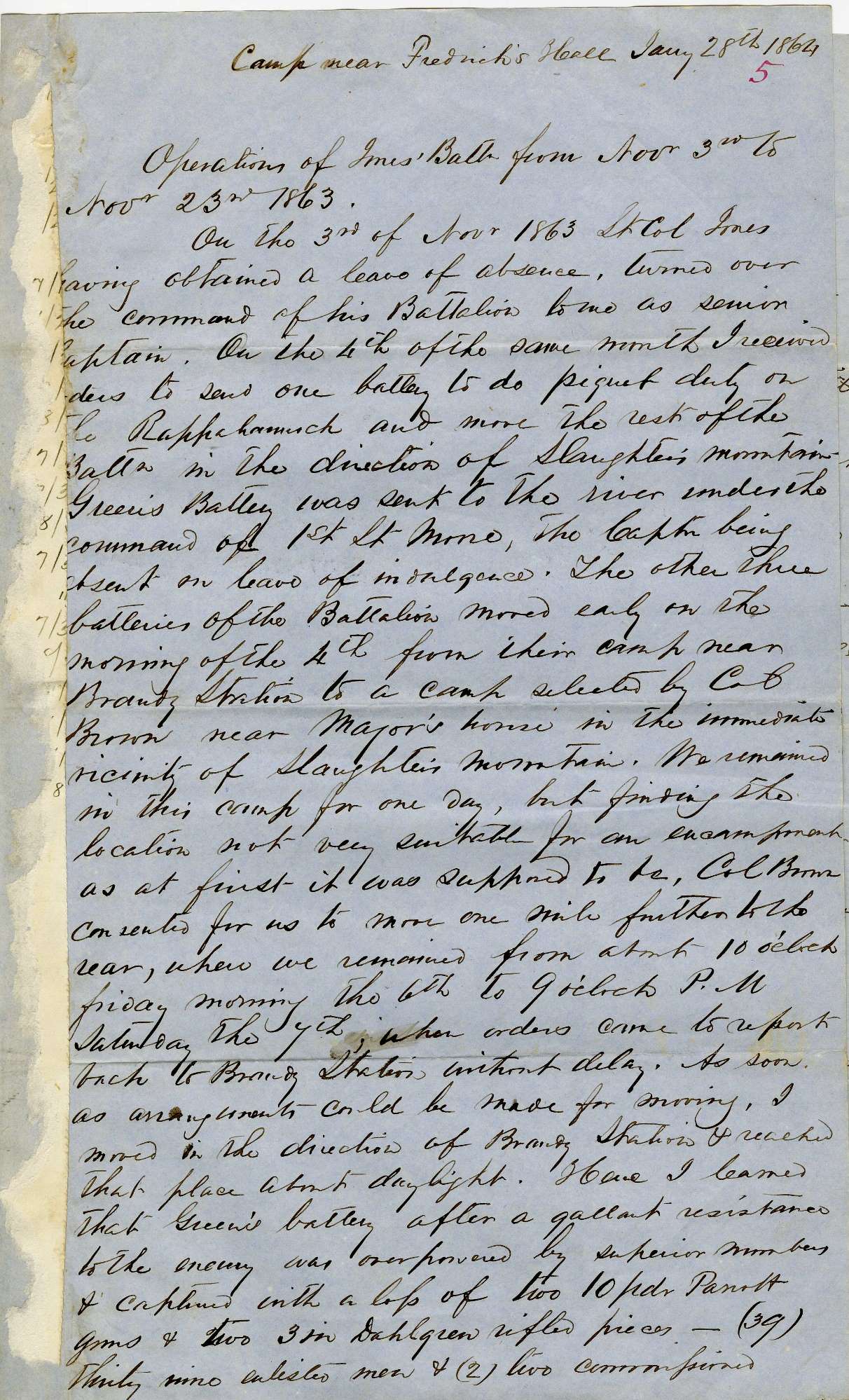 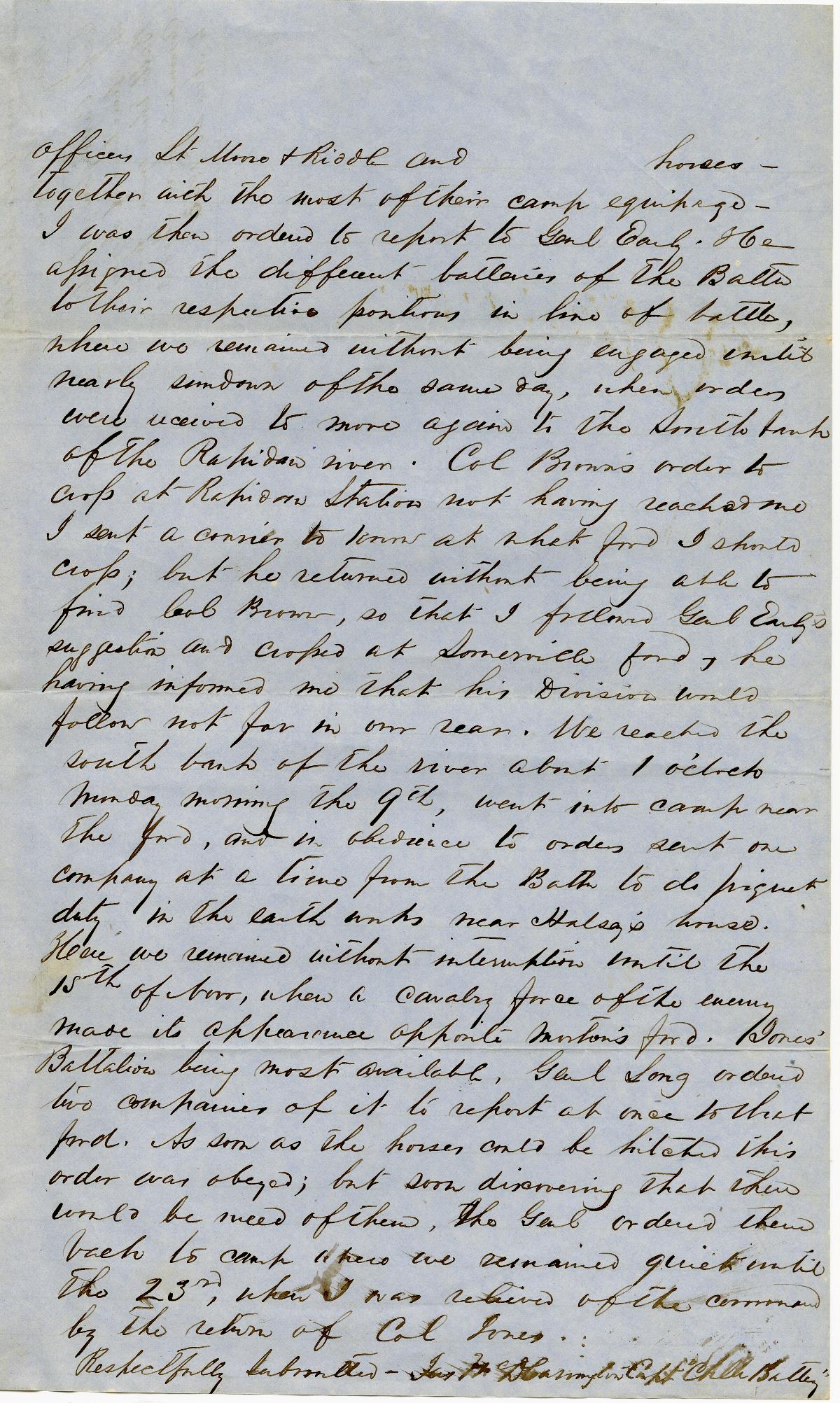 On the 3rd of Novr 1863 Lt Col Jones having obtained a leave of absence, turned over the command of his Battalion to me as senior Captain. On the 4th of the same month I received orders to send one battery to do pignet duty on the Rappahannock and move the rest of the Battn in the direction of Slaughter’s mountain. Green’s Battry was sent to the river under the command of 1st Lt Mone, the Captain being absent on leave of indulgence. The other three batteries of the Battalion moved early on the morning of the 4th from their camp near Brandy Station to a camp selected by Col Brown near Major’s home in the immediate vicinity of Slaughter’s Mountain. We remained in this camp for one day, but finding the location not very suitable for encampment as at first it was supposed to be, Col Brown consented for us to move one mile further to the rear, where we remained from ? 10 o’clock Friday morning the 6th to 9 o’clock PM Saturday the 7th, when orders came to report back to Brandy Station without delay. As soon as arrangements could be made for moving, I moved in the direction of Brandy Station and reached that place about daylight. There I learned that Green’s battery after a gallant resistance to the enemy was overpowered by superior numbers and crippled with a loss of two 10 pdr Panolt guns and two 3 in Dahlgreen rifle pieces- (39) thirty nine enlisted men & (2) two commissioned officers Lt Mone & Riddle and horses- together with the most of their camp equipage- I was then ordered to report to Genl Early. He assigned the different batteries of the Battn to their respective positions in line of battle, where we remained without being engaged until nearly sundown of the same day, when orders were received to move again to the south bank of the Rapidan River. Col Brown’s order to cross at Rapidan Station not having reached me I sent a carrier to know at what ford I should cross; but he returned without being able to find Col Brown, so that I followed Genl Early’s suggestion and crossed at the Somerwich ford and he having informed me that his Division would follow not for in our rear. We reached the south bank of the river about 1 o’clock Monday morning the 9th, went into camp near the ford, and in obedience to orders sent one company at a line from the Battn to do pignet duty in the earthworks near Halsy’s house. Here we remained without interruption until the 15th of Nov, when a cavalry force of the enemy made its appearance opposite Warton’s ford. Jones’ Battalion being most available, Genl Long ordered two companies of the it to report at once to that ford. As soon as the horses could be hitched this order was obeyed; but soon discovering that there would be need of them, the Genl ordered them back to camp where we remained quiet until the 23rd, when I was relieved of the command by the return of Col Jones.