Posted on 1 Feb ’14 by Rebecca Williams

Item Description: Letter dated 1 February 1864 by James A. Graham to his mother. He writes about soldiers being executed for desertion from the army, his hopes of furlough, meal rations, and reports about Yankee movements. 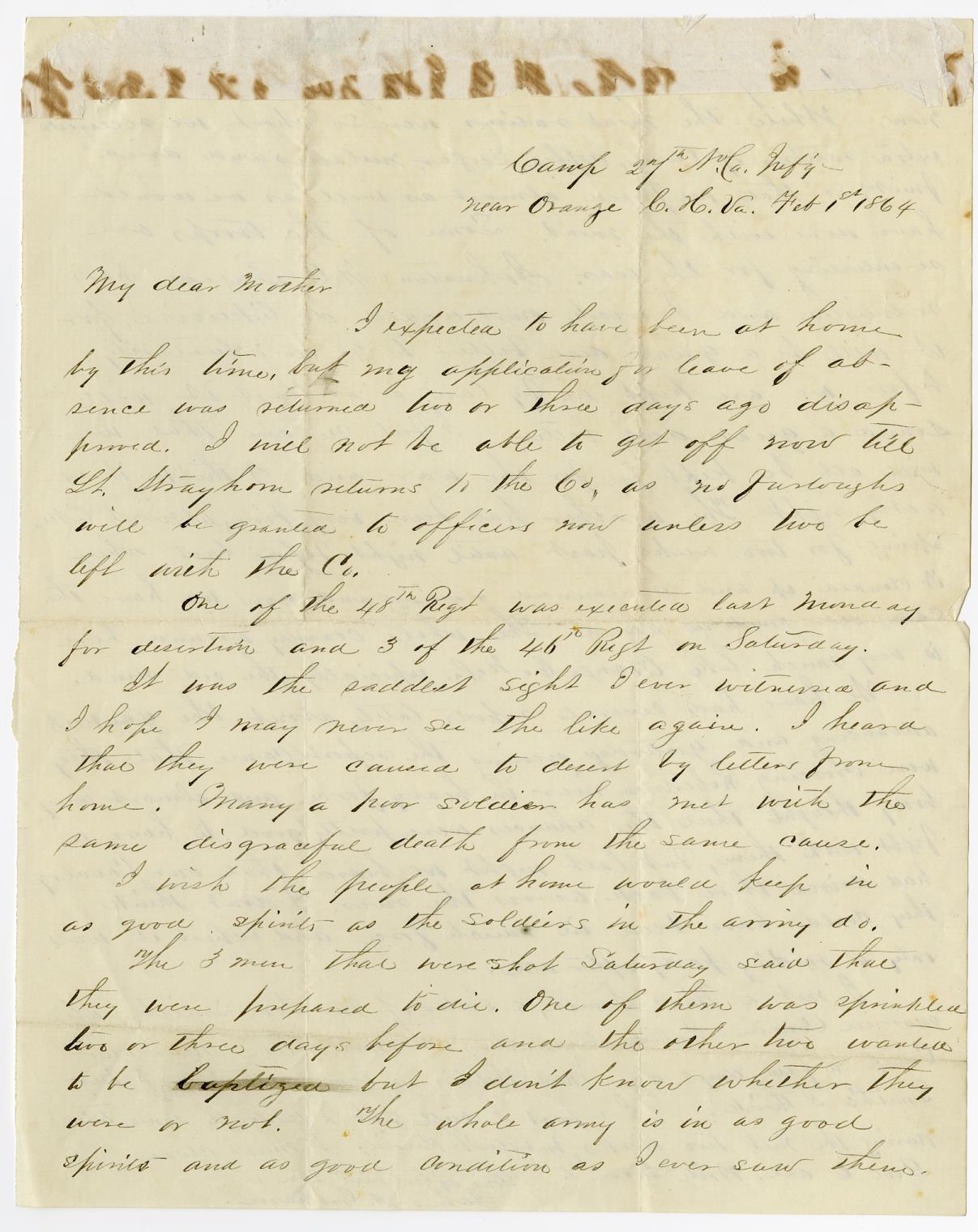 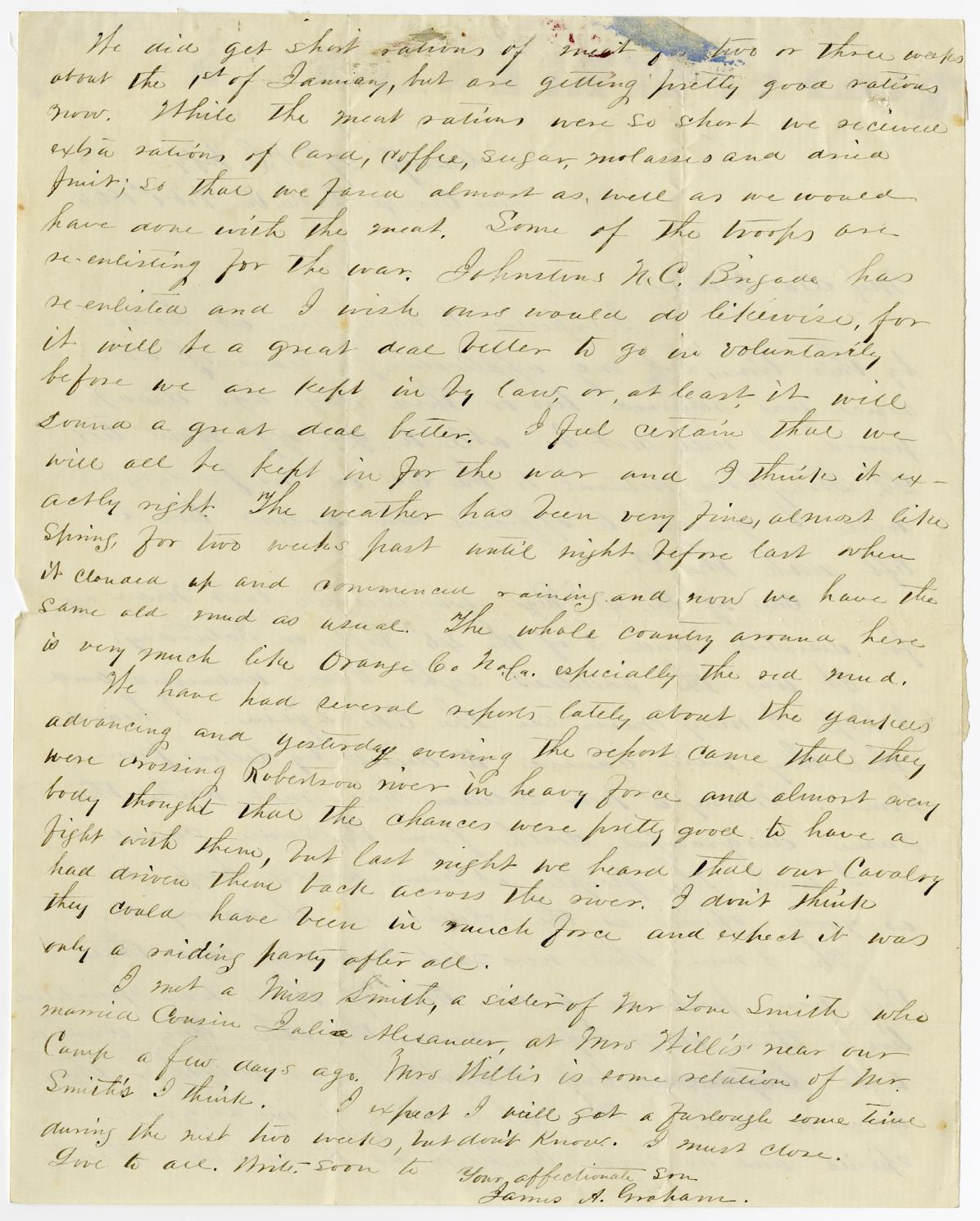 I expected to have been at home by this time, but my application for leave of absence was returned two or three days ago disapproved. I will not be able to get off now till Lt. Strayhorn returns to the Co, as no furloughs will be granted to officers now unless two be left with the Co.

One of the 48th Regt was executed last Monday for desertion and 3 of the 46th Regt on Saturday.

It was the saddest sight I ever witnessed and I hope I may never see the like again. I heard that they were caused to desert by letters from home. Many a poor solider has met with the same disgraceful death from the same cause.

I wish the people at home would keep in as good spirits as the soldiers in the army do.

The 3 men that were shot Saturday said that they were prepared to die. One of them was sprinkled two or three days before and the other two wanted to be baptized but I don’t know whether they were or not. The whole army is in as good spirits and as good condition as I ever saw them.

We did get short rations of meat for two or three weeks about the 1st of January, but are getting pretty good rations now. While the meat rations were so short we received extra rations of lard, coffee, sugar, molasses, and dried fruit; so that we fared almost as well as we would have done with the meat. Some of the troops are re-enlisting for the war. Johnstons N.C. Brigade has re-enlisted and I wish ours would do likewise, for it will be a great deal better to go in voluntarily before we are kept in by law, or, at least it will sound a great deal better. I feel certain that we will all be kept in for the war and I think it exactly right. The weather has been very fine, almost like spring, for two weeks past until night before last when it clouded up and commenced raining and now we have the same old mud as usual. The whole country around here is very much like Orange Co. NoCa. especially the red mud.

We have had several reports lately about the yankees advancing and yesterday evening the report came that they were crossing Robertson river in heavy force and almost every body thought that the chances were pretty good to have a fight with them, but last night we heard that our Cavalry had driven them back across the river. I don’t think they could have been in much force and expect it was only a raiding party after all.

I met a Miss Smith, a sister of Mr. Lou Smith who married Cousin Julia Alexander, at Mrs. Willis near our Camp a few days ago. Mrs. Willis is some relation of Mr. Smith’s I think. I expect I will get a furlough some time during the next two weeks, but don’t know. I must close. Love to all. Write soon to your affectionate son

This entry was posted in Southern Historical Collection and tagged desertion, execution, food, James A. Graham, rations. Bookmark the permalink.