12 February 1864: “He has come to take Newberne and he has sent you down here to take this camp and cart off supplies and he expects you will do it.”

Item description: Entry, dated 12 February 1864, in the diary of John L. Swain.  In it he writes about the assembly of Confederate troops under General James G. Martin in Eastern North Carolina with the objective of recapturing cities under Union control. 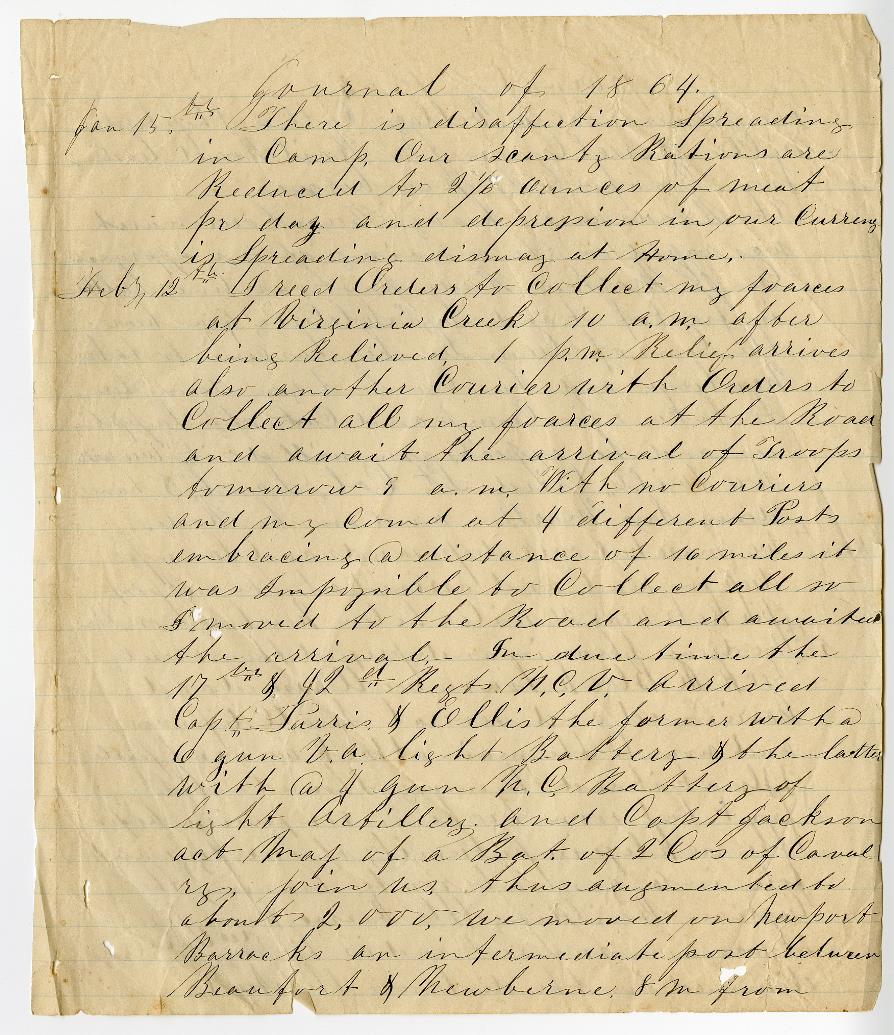 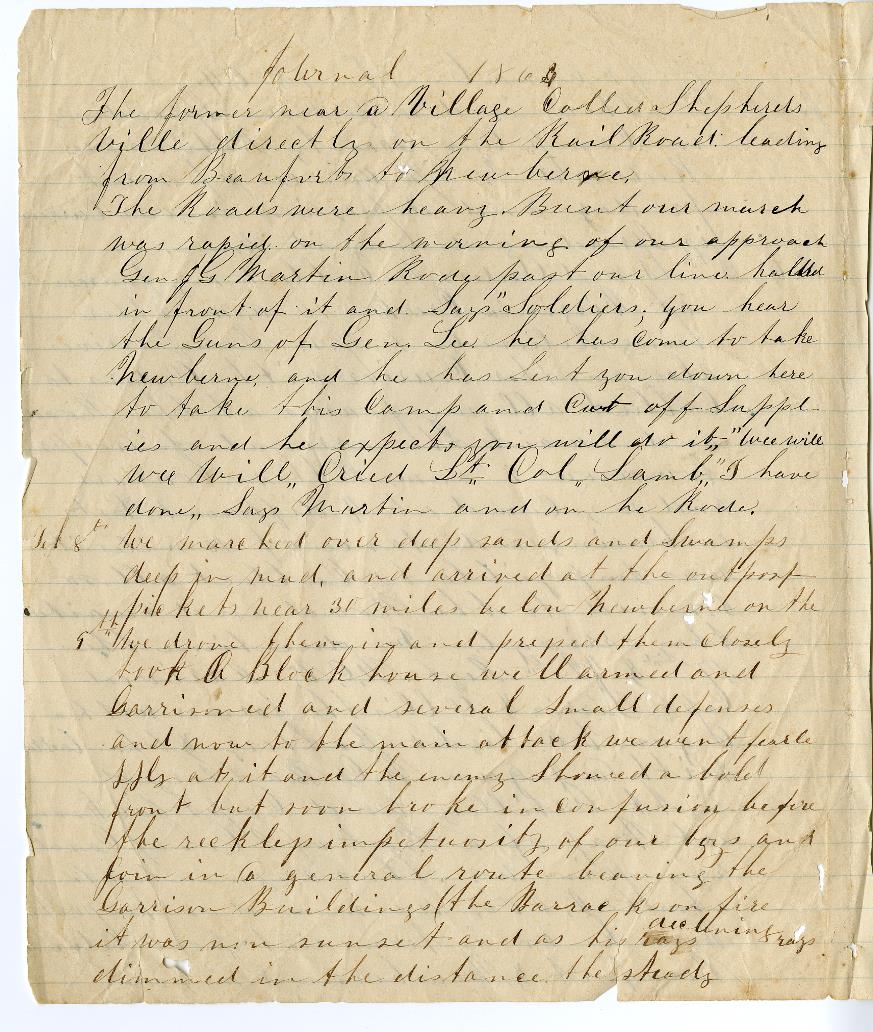 I rec’d orders to collect my foarces at Virginia Creek at 10 a.m. after being relieved. 1 p.m. relief arrives and also another courier with orders to collect all my foarces at the road and await the arrival of Troops tomorrow at 9 a.m. With no couriers and my comd at 4 different posts embracing a distance of 16 miles it was impossible to collect all so I moved to the road and awaited the arrival. In due time the 17th & 42nd Regts N.C.V arrived Capt Parris and Ellis of the former arrived with a 6 gun Va light battery & the latter with a 4 gun NC battery of light artillery and Capt Jackson and a Major of a Bat. Of 2 cos of Cavalry joined us. This augmented about 2000. We moved on Newport Barracks, an intermediate port between Beaufort & Newberne 8 miles from the former near a village called Sheperdsville directly on the railroad leading from Beaufort to Newberne.

The roads were heavy but your march was rapid in the morning of our approach Genl. Martin rode past our lines, halted in front of it and says ” Soldiers, you hear the Guns of Genl Lee. He has come to take Newberne and he has sent you down here to take this camp and cart off supplies and he expects you will do it.” “We will, we will” cried Lt. Col. Lamb

More about this item: Author Christopher M. Watford notes, in his compilation of letters, The Civil War in North Carolina, that “[t]he patriotic, motivational speech relied on a little embellishment, as General Lee never came to New Bern.”