Item description: Letter from Edward Stanly, former Military Governor of occupied North Carolina, to Charles Sumner, a senator from Massachusetts. In the letter, Stanly defends his actions as military governor and asks Sumner to produce “‘some of the acts’ which you think deserve the condemnation you have given them.” 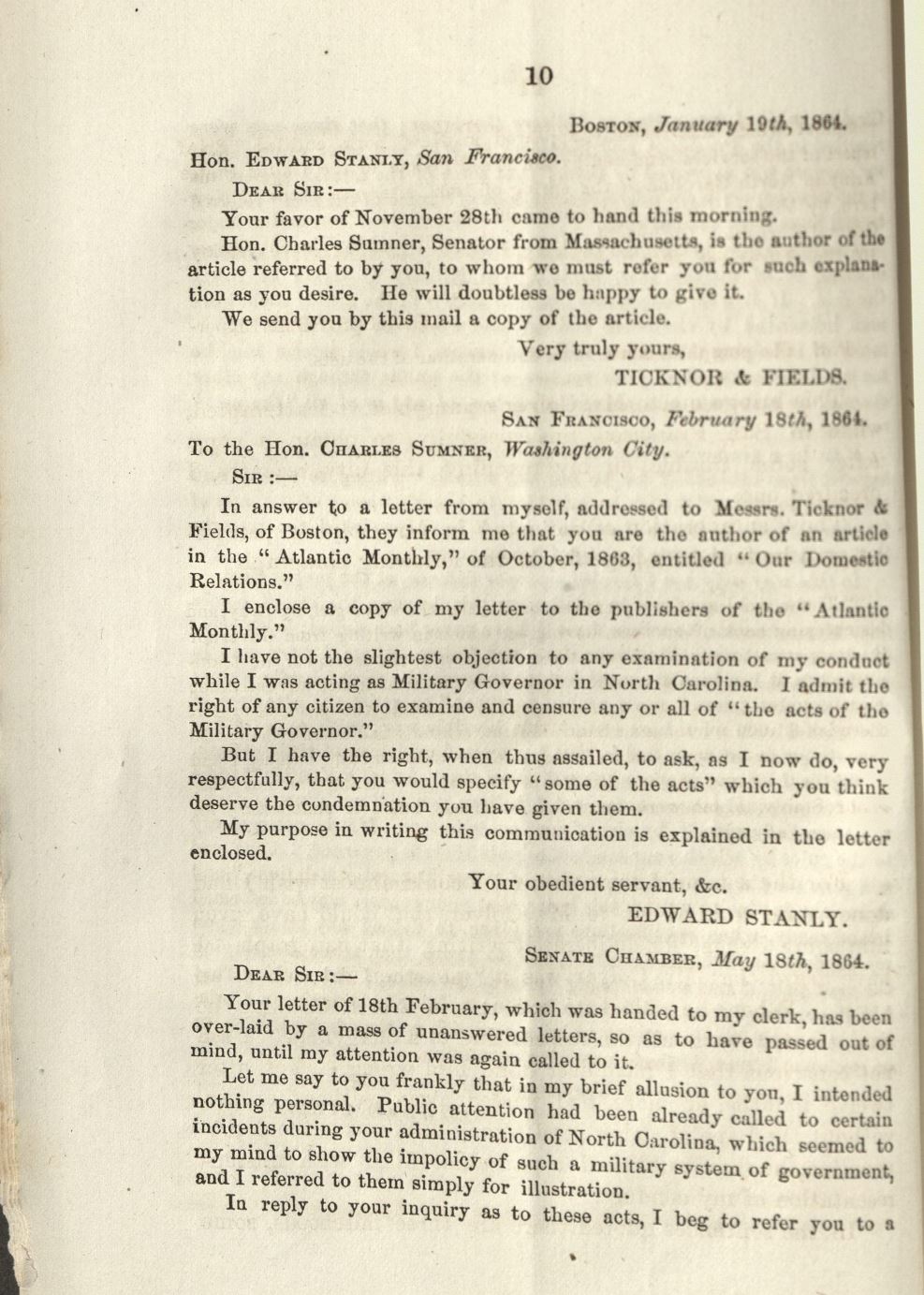 In answer to a letter from myself, addressed to Messrs. Ticknor & Fields, of Boston, they inform me that you are the author of an article in the “Atlantic Monthly,” of October, 1863, entitled “Our Domestic Relations.”

I enclose a copy of my letter to the publishers of the “Atlantic Monthly.”

I have not the slightest objection to an examination of my conduct while I was acting as Military Governor in North Carolina. I admit the right of any citizen to examine and censure any or all of “the acts of the Military Governor.”

But I have the right, when thus assailed, to ask, as I now do, very respectfully, that you would specify “some of the acts” which you think deserve the condemnation you have given them.

My purpose in writing this communication is explained in the letter enclosed.

To read the entire pamphlet in which a copy of this letter is contained, click here.