24 February 1864: “These times we hesitate not to ask favors of our friends & generally our friends are willing to serve us.”

Item Description: In this letter, Mary C. Ruffin wrote from Graham, N.C., to her nephew, Major Daniel Heyward Hamilton Jr., seeking his help in procuring kerosene oil and ascertaining the price and quality of cotton cards. She was sensitive to overburdening him with favors, understanding that he surely had many others who sought his assistance. Mary also reported that variloid, a milder form of smallpox, had affected several family members and that she had heard from her husband that reenlistments were plentiful in Lieutenant General James Longstreet’s army. 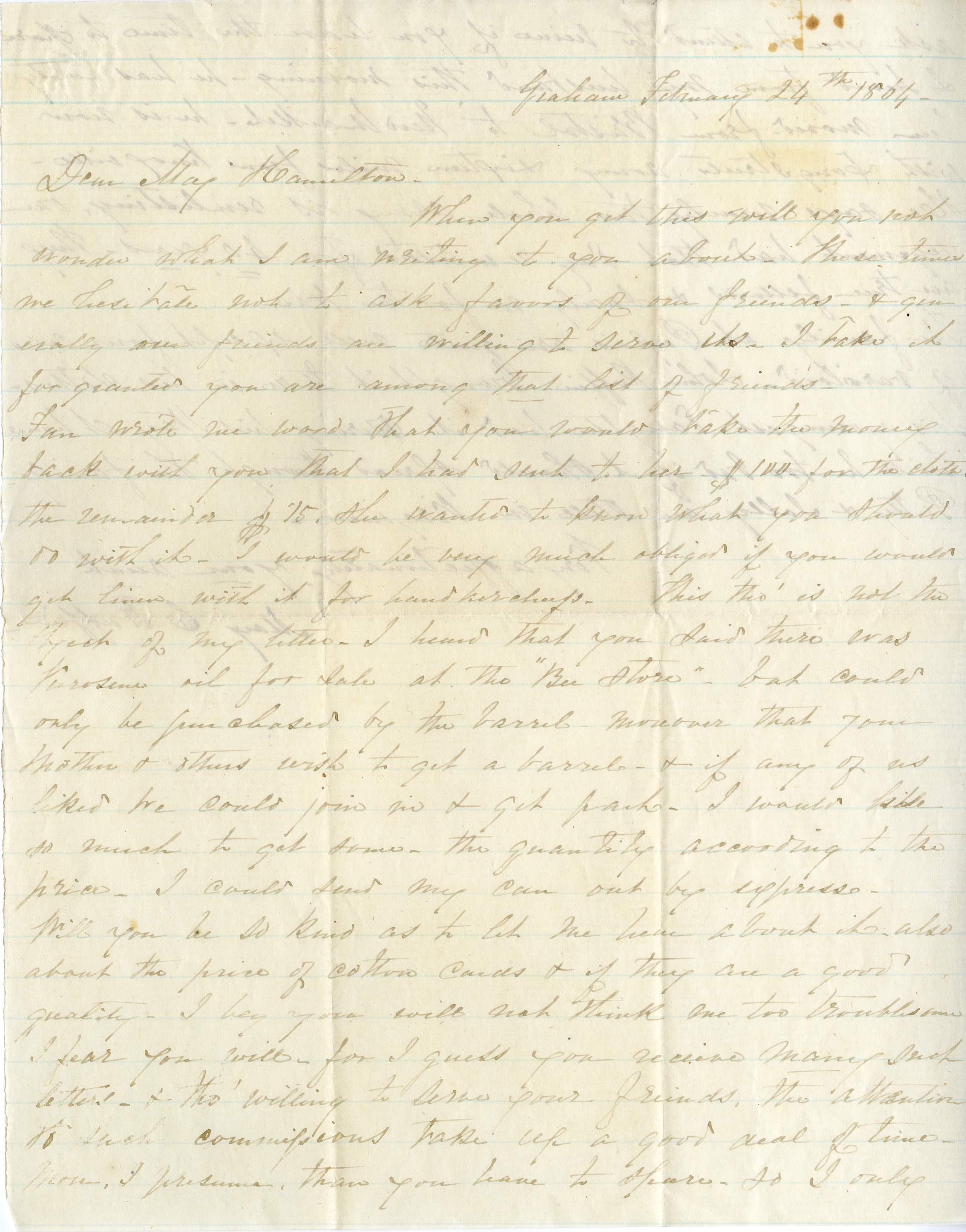 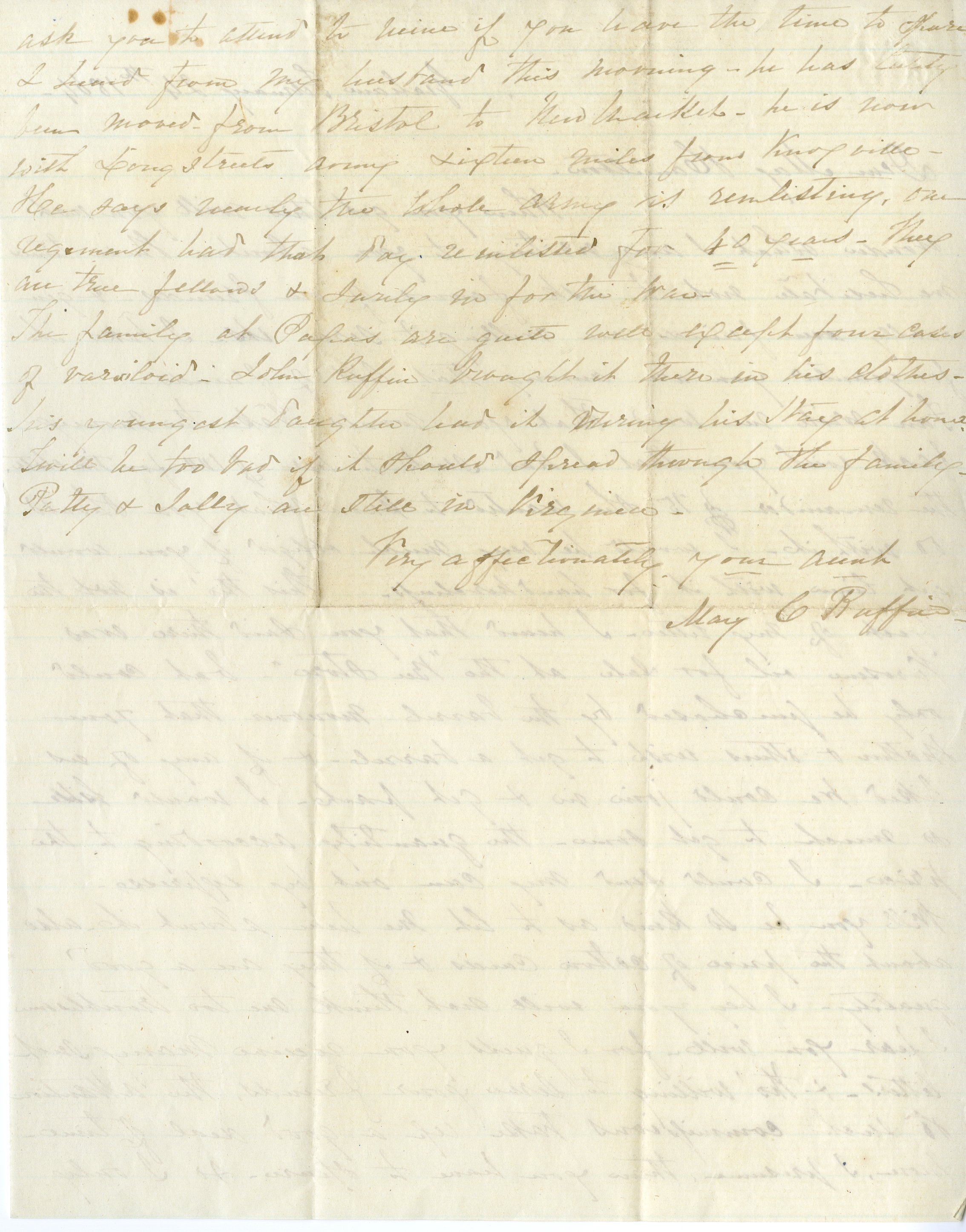 When you get this will you not wonder what I am writing to you about. These times we hesitate not to ask favors of our friends_& generally our friends are willing to serve us. I take it for granted you are among that list of friends_

Fan wrote me word that you would take the money back with you that I had sent to her_$100 for the cloth the remainder $75. She wanted to know what you should do with it_ I would be very much obliged if you would get linen with it for handkerchiefs. This tho’ is not the object of my letter. I heard that you said there was Kerosene oil for sale at the “Bee Store” but could only purchased by the barrel _ moreover that your Mother & others wish to get a barrel _ & if any of us liked we could join in & get part_I would like so much to get some_ the quantity according to the price_ I could send my can out by express_ Will you be so kind as to let me hear about it _ also about the price of cotton cards & if they are a good quality_ I beg you will not think me too troublesome. I fear you will_ for I guess you receive many such letters_ & tho’ willing to serve your friends, the attention to such commissions take up a good deal of time_ More, I presume, than you have to spare_ so I only ask you to attend to mine if you have the time to spare

I heard from my husband this morning_he has lately been moved from Bristol to New market_ he is now with Longstreets army sixteen miles from Knoxville_ He says nearly the whole army is reenlisting, one regiment had that day reenlisted for 40 years _ They are true fellows & surely in for the War.

The family at papas are quite well except four cases of variloid_ John Ruffin brought it there in his clothes_ his youngest daughter had it during his stay at home. Twill be too bad if it should spread through the family. Patty & Sally are still in Virginia.