20 March 1865: “…some of them has caused all to suffer by their disloyal talk and conduct.”

Item description: Letter, dated 20 March 1864, from James M. Plumlee to his mother. Plumlee describes camp life for the 25th North Carolina Infantry Regiment, including food supplies and the reenlistment of his fellow soldiers, as well as rumors of dissent among Confederate troops in Appalachia. 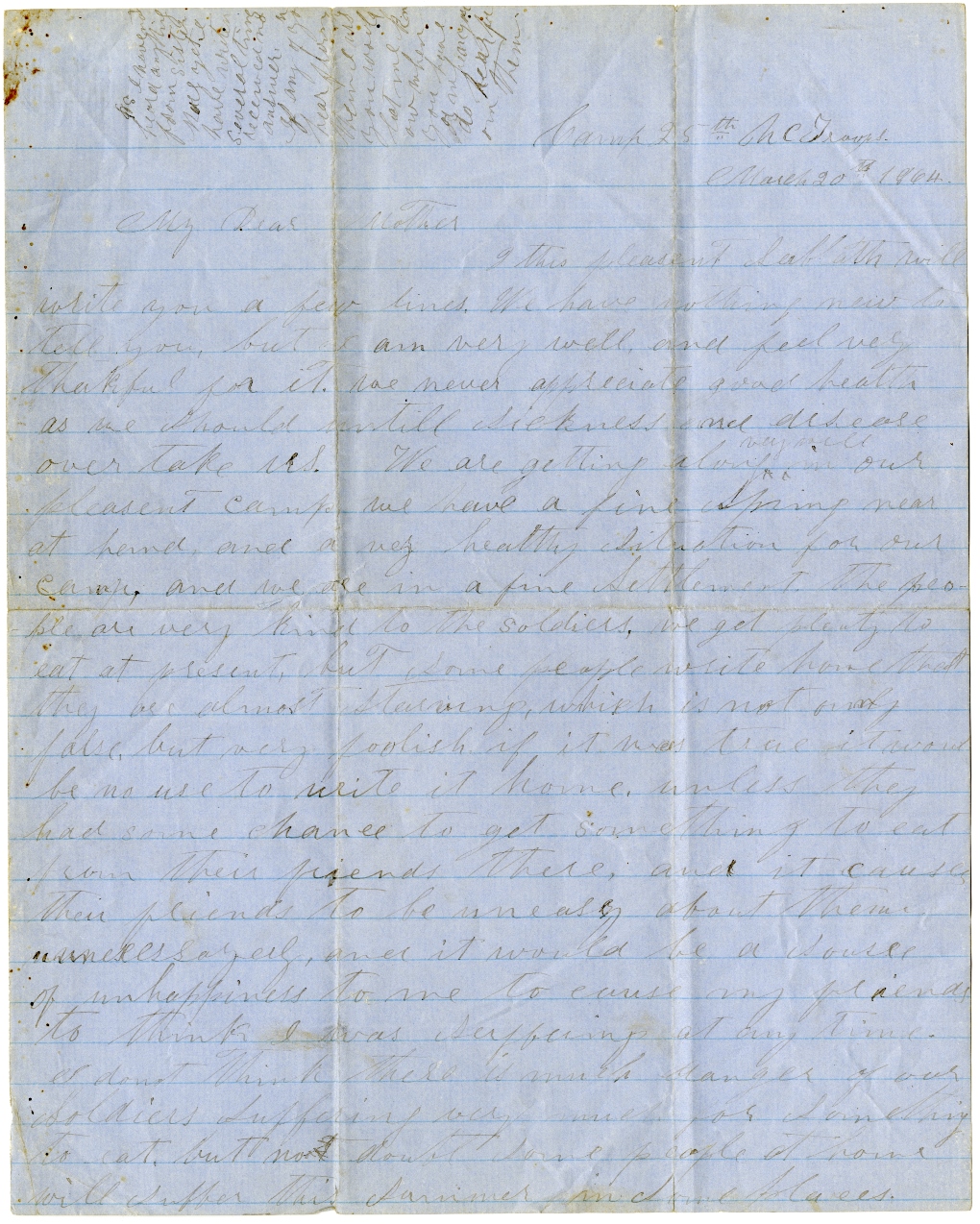 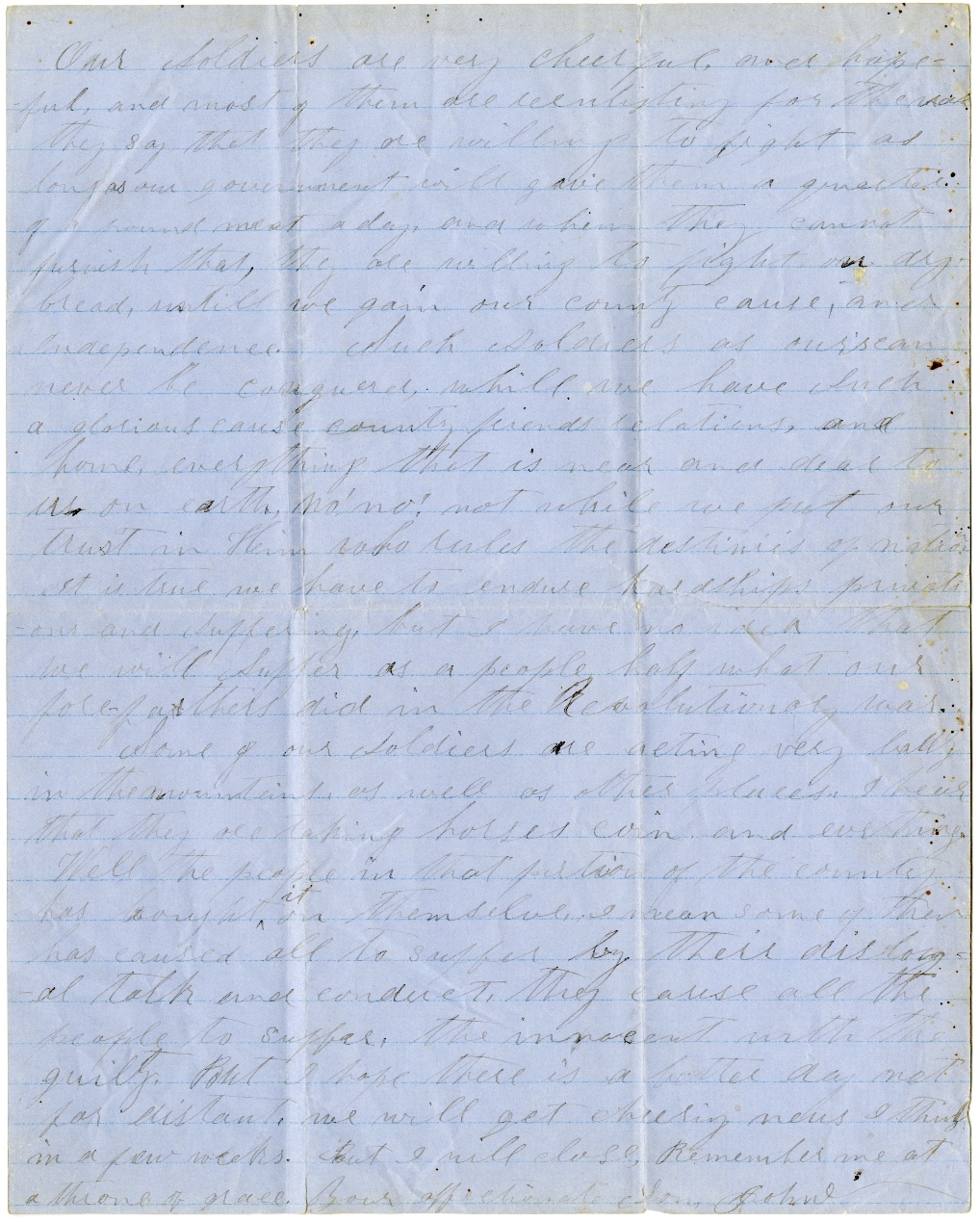 I this pleasant Sabbath will write you a few lines.  We have nothing new to tell you, but I am very well, and feel very thankful for it.  We never appreciate good health as we should untill sickness and disease overtake us.  we are getting along very well in our pleasant camp.  We have a fine Spring near at hand, and a very healthy situation for our camp, and we are in a fine Settlement.  The peo-ple are very kind to the soldiers.  We get plenty to eat at present, but some people write home that they are almost starving, which is not only false, but very foolish if it was true it would be not use to write it home, unless they had some chance to get something to eat from their friends there, and it causes their friends to be uneasy about them unnescessayerly, and it would be a source of unhappiness to me to cause my friends to think I was suffering at any time.  I do not think there is much danger of our soldiers suffering very much for something to eat, but no doubt some people at home will suffer this [summer?] in some places.

Our soldiers are very cheerful and hope-ful, and most of them are reenlisting for the war.  They say that they are willing to fight as long as our government will give them a quarter pound meat a day, and when they cannot furnish that, they will be willing to fight on dry-bread, until we gain our county cause, and independence.  Such soldiers as our’s can never be conquered, while we have such a glorious cause country, friends, relations, and home, everything that is near and dear to us on earth.  No! No! Not while we put our trust in Him who rules the destinies of nations.  It is true we have to endure hardships, privati-ons and suffering, but I have no idea that we will suffer as a people half what our fore-fathers did in the Revolutionary war.

Some of our soldiers are acting very badly in the mountains, as well as other places.  I hear that they are taking horses, coin, and evrthing. Well the people in that portion of the country has bought it on themselves, I mean some of them has caused all to suffer by their disloy-al talk and conduct.  They cause all the people to suffer, the innocent with the guilty.  But I hope there is a better day not far distant.  We will get cheering news I think in a few weeks.  But I will close, Remember me at a throne of grace.  Your affectionate son, John

P.S. I have not heard anything from sister Mary yet & have writen times received no answer.  If any of you hear from I ask you would let me kn-ow when you hear or whear you do hear fr-om them.

More about this item: James M. Plumblee (1830-1891) was a private in Company H of the 25th North Carolina Infantry Regiment during the Civil War.