Item Description: Letter dated 6 April 1864 written by Edward W. Allen to his parents, James and Emily Allen. Edward served in Company H of the 16th Regiment, Wisconsin Infantry Volunteers and in this letter was moving from Vicksburg, MS (where he was stationed in March 1864) to Huntsville, AL, and it would seem ultimately to Pulaski, TN, where he was stationed in May 1864. He compares the Tennessee River to the “Chip” which is probably the Chipewa River in Wisconsin. Edward also discusses the beauty of the journey, his captain falling ill, and writing too many letters for his “pecuniary benefit.” 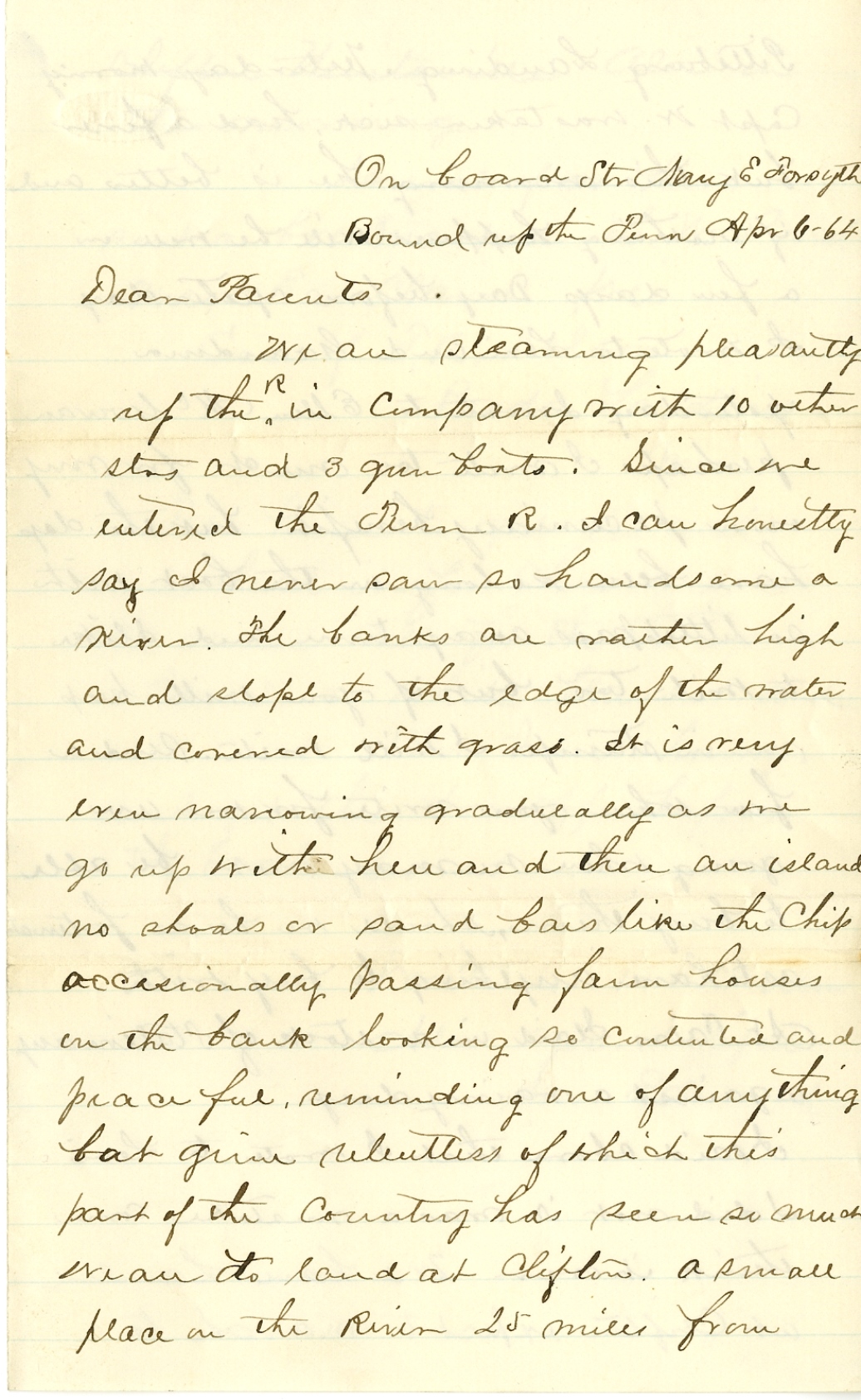 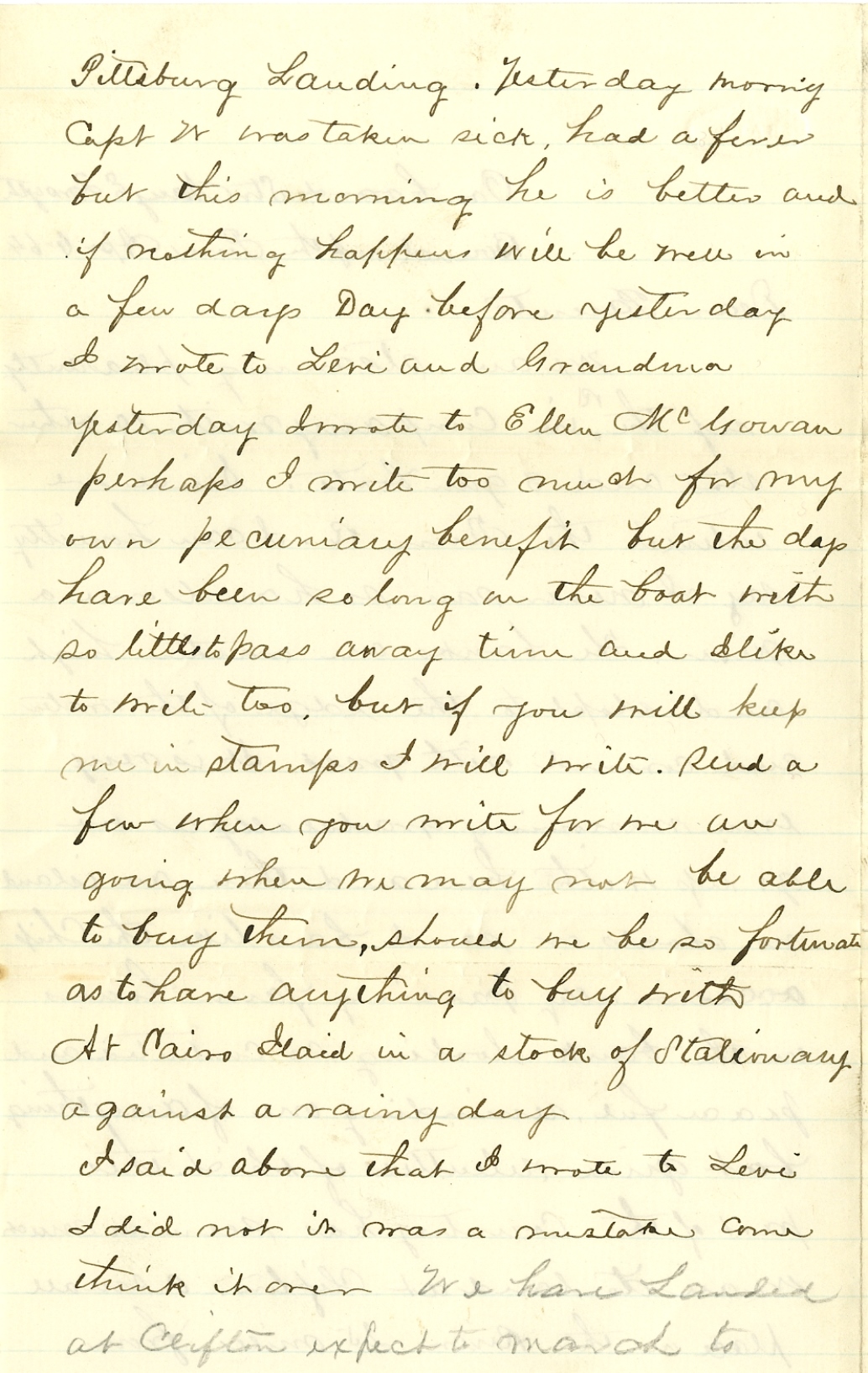 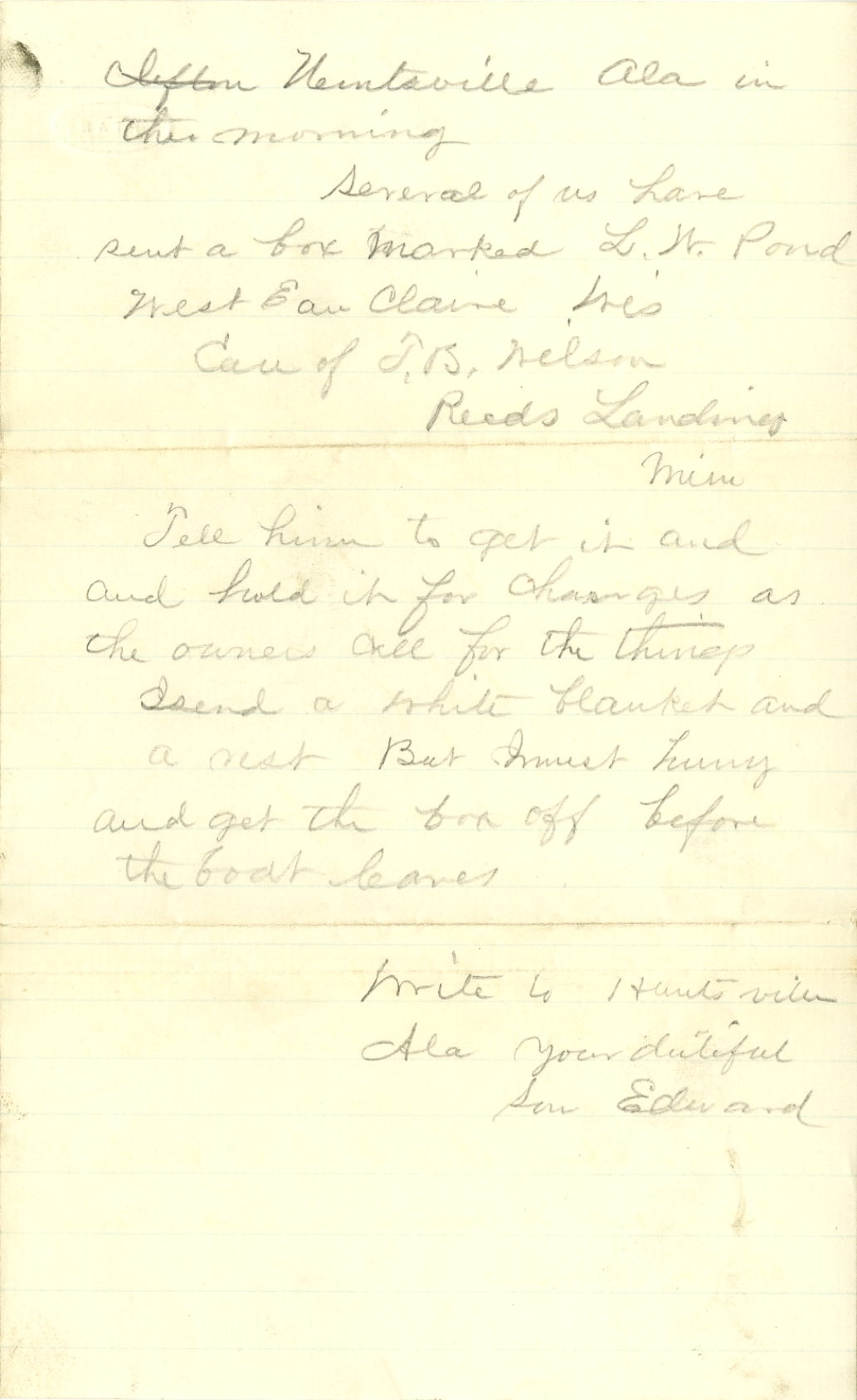 On board Str Mary E Forsyth

We are steaming pleasantly up the R in Company with 10 other strs and 3 gun boats. Since we entered the Tenn R. I can honestly say I never saw so handsome a river. The banks are rather high and slope to the edge of the water and covered with grass. It is very even narrowing gradually as we go up with here and there an island no shoals or sand bars like the Chip occasionally passing farm houses on the bank looking so contented and peaceful, reminding one of anything but grim relentless of which this part of the country has seen so much we are to land at Clifton a small place on the River 25 miles from Pittsburg Landing. Yesterday morning Capt N was taken sick, had a fever but this morning he is better and if nothing happens will be well in a few days Day before yesterday I wrote to Levi and Grandma yesterday I wrote to Ellen McGowan perhaps I write too much for my own pecuniary benefit but the days have been so long on the boat with so little to pass away time and I like to write too, but if you will keep me in stamps I will write. Send a few when you write for me an going when we may not be able to buy them, should we be so fortunate as to have anything to buy with At Cairo I laid in a stock of Stationary against a rainy day I said above that I wrote to Levi I did not it was a mistake come think it over. We have Landed at Clifton expect to march to  Huntsville Ala in the morning.

Take him to get it and and hold it for changes as the owner call for the things send a white blanket and a rest But Imust hurry and get the box off before the boat leaves.