28 April 1864: “it is the duty of a soldier so to conduct himself as to dignify titles and not derive importance from them.” 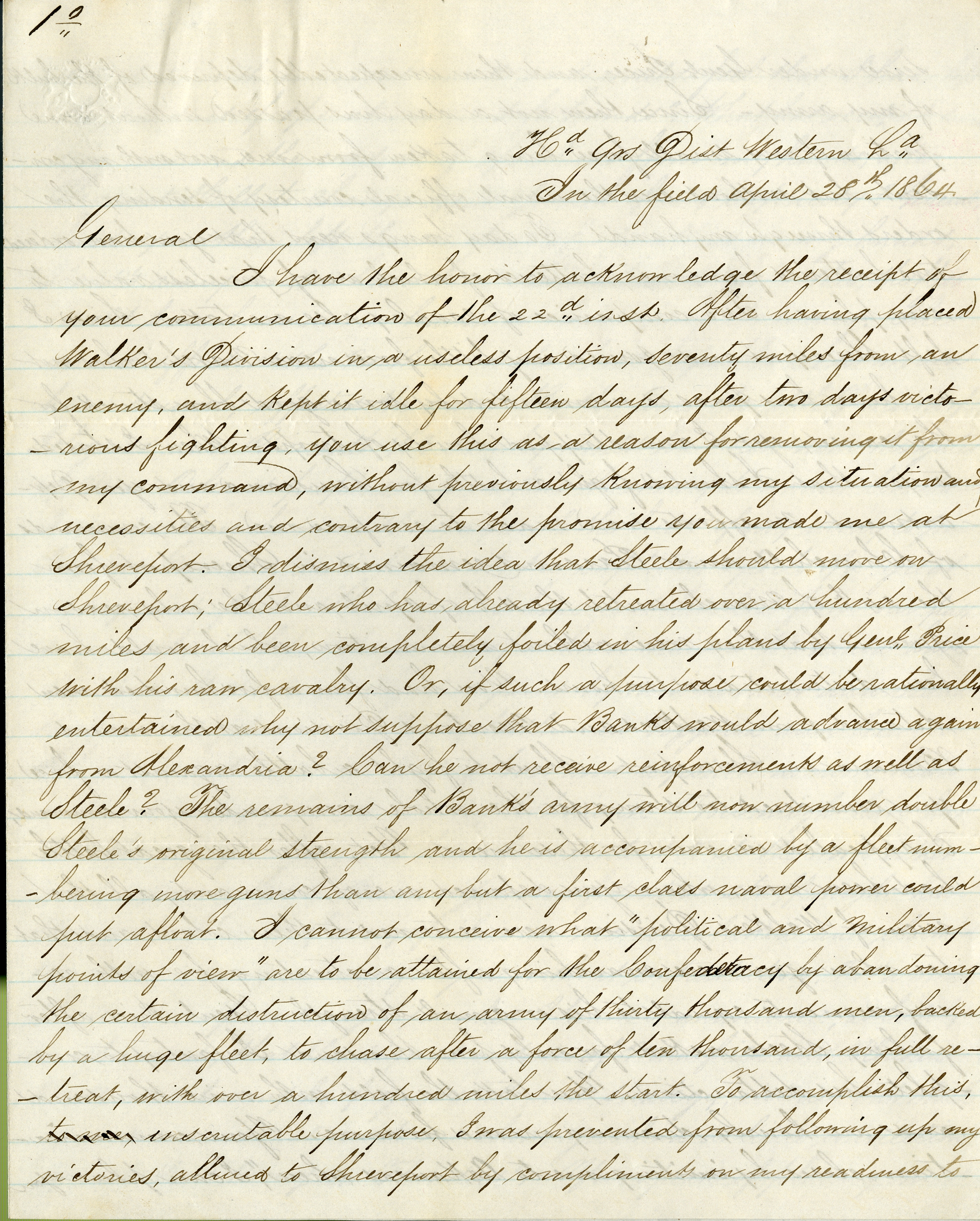 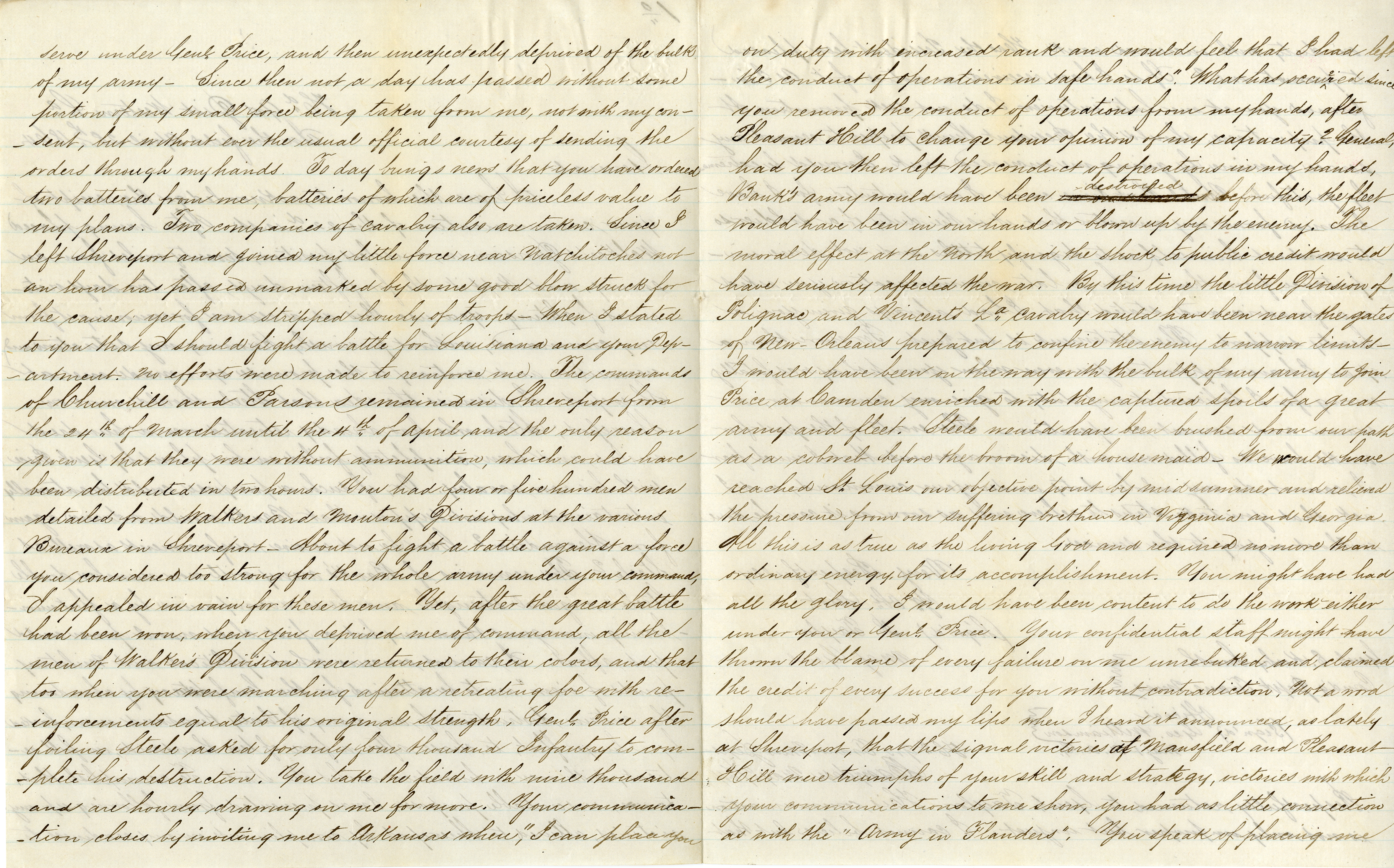 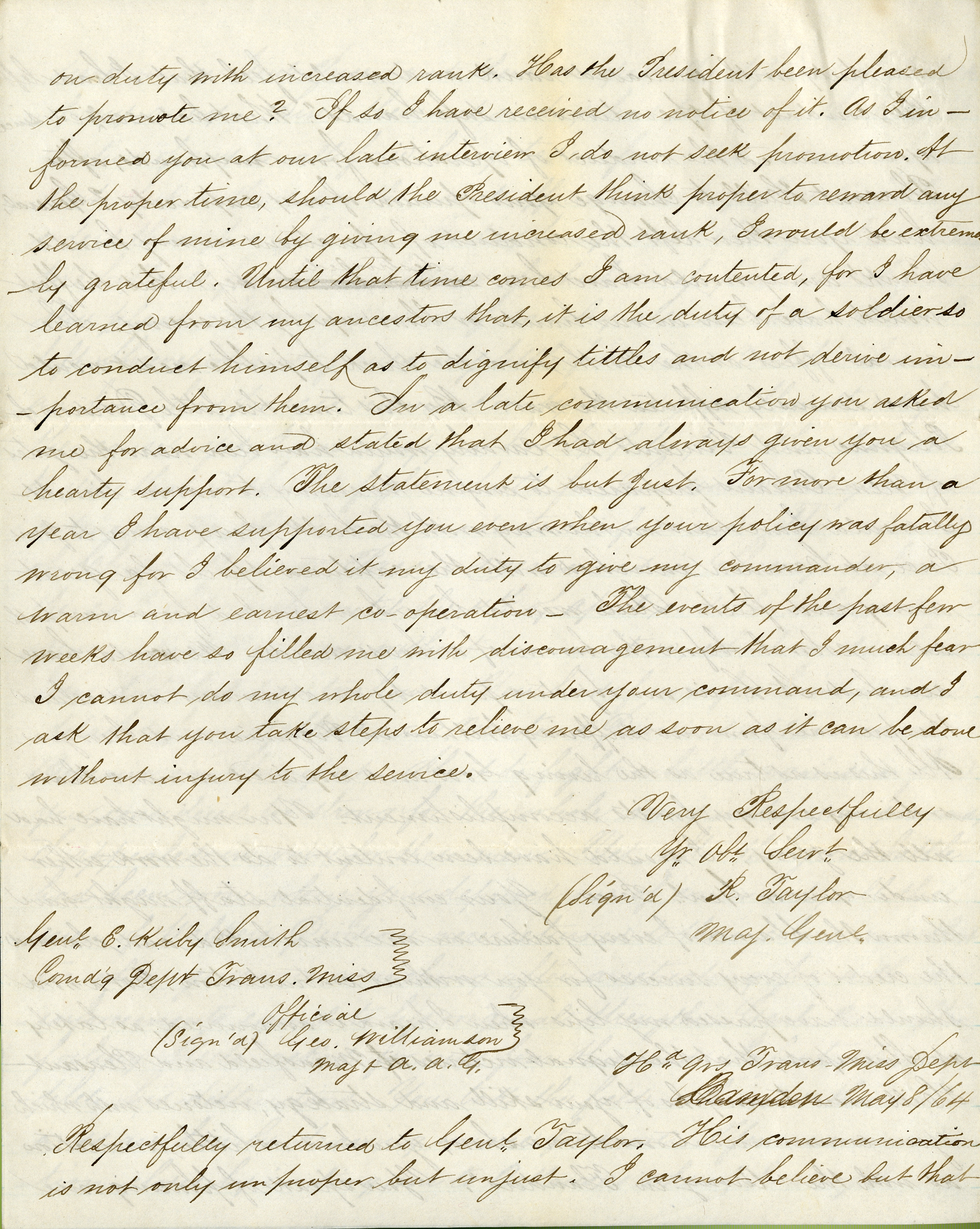 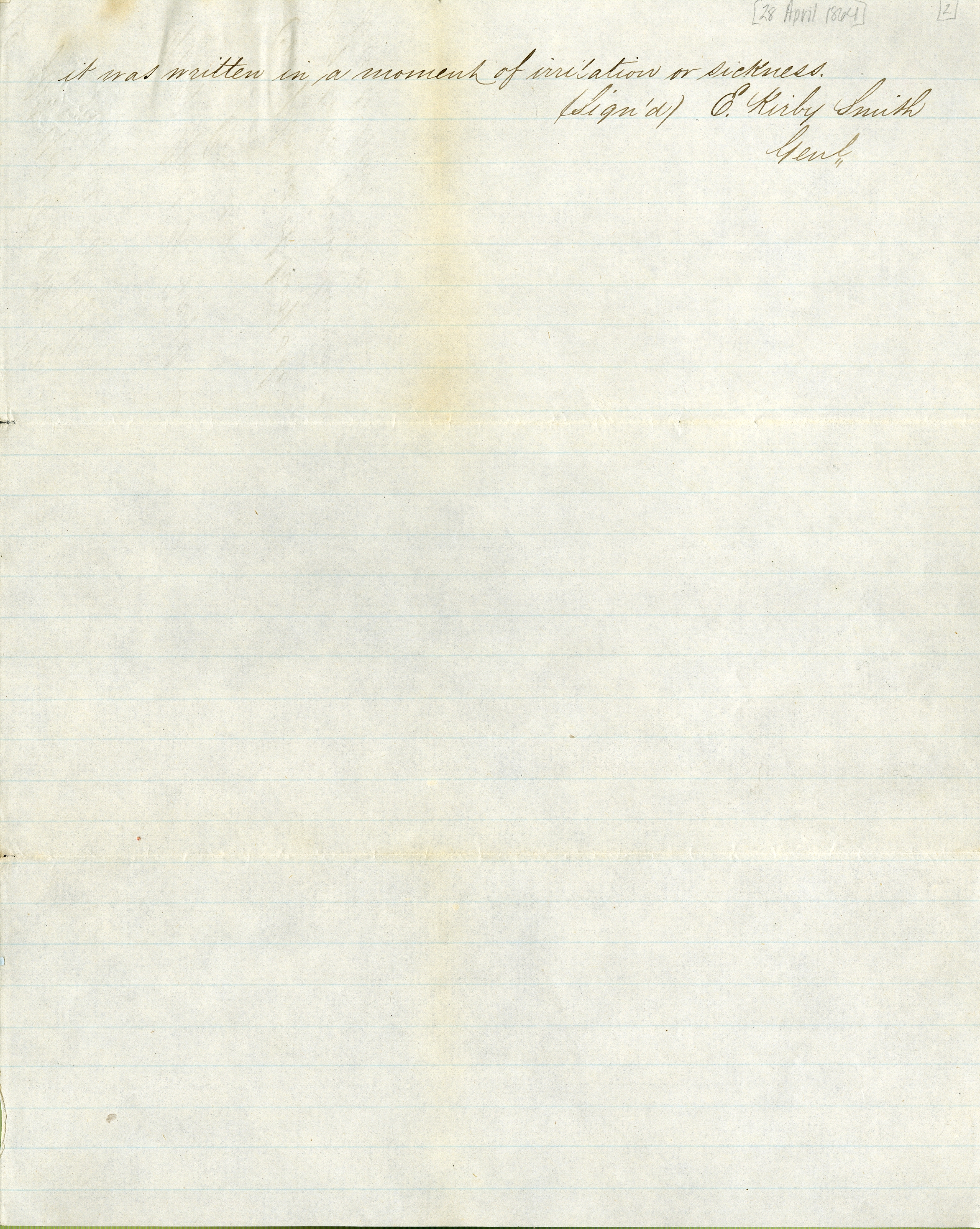 Respectfully returned to Genl Taylor. His communication is not only improper but unjust. I cannot believe but that it was written in a moment of irritation or sickness.

This entry was posted in Southern Historical Collection and tagged Confederate States of America, Edmund Kirby-Smith, Louisiana. Bookmark the permalink.