Item Description: Diary entry, 27 May 1864, written by Henry K. White, describing being sent into battle from the hospital and differences in treatment of enlisted men vs. officers. White was mustered into the 23rd Massachusetts Infantry Regiment on 21 September 1861. He served both in the infantry and in the regimental band through the invasion of Roanoke Island; the Union occupation of New Bern, N.C.; and the campaign against Richmond, Va., in 1864. 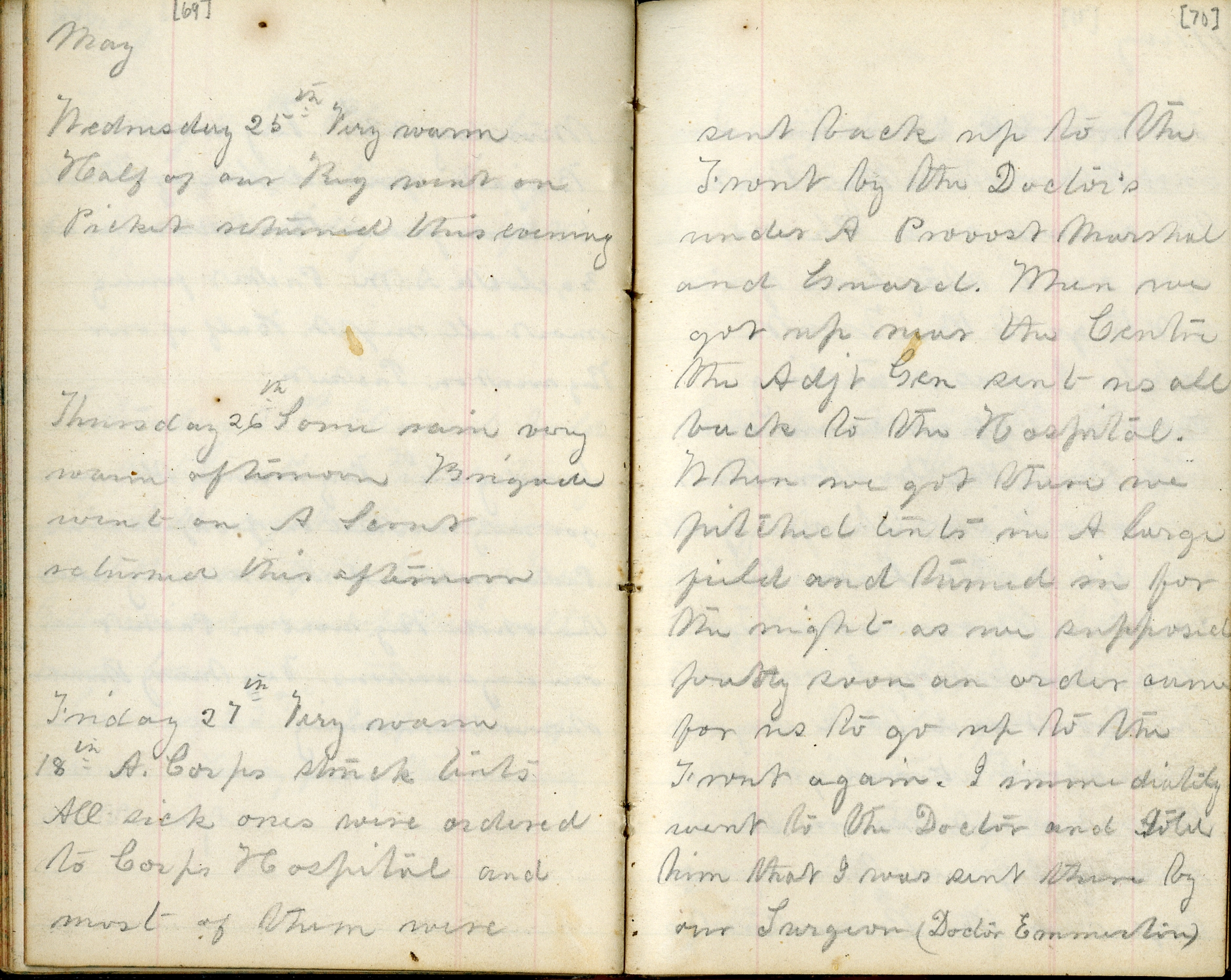 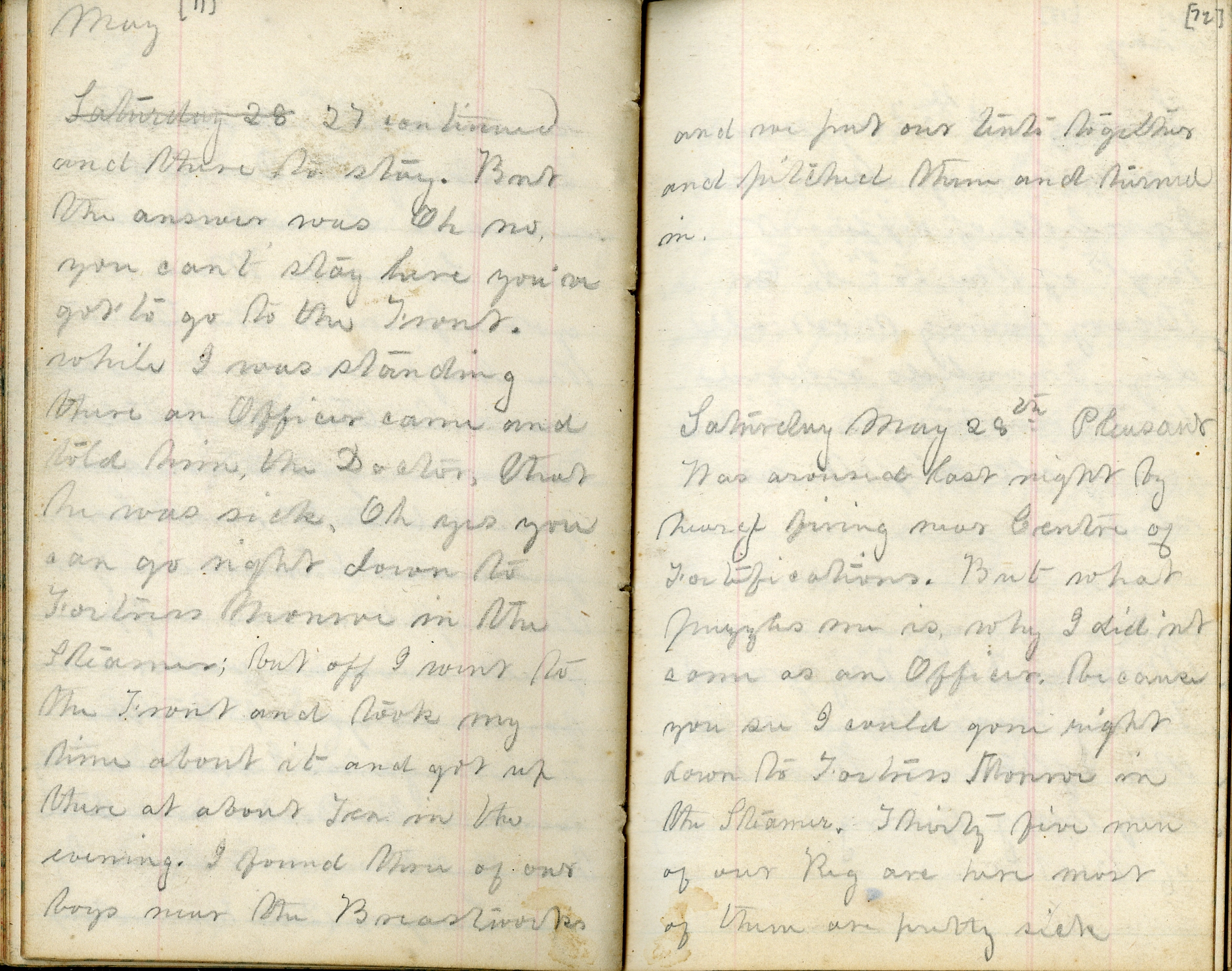 18th A. Corps struck tents All sick ones were ordered to Corps Hospital and most of them were sent back up to the Front by the Doctor’s orders A Provost Marshal and Guard. When we got up near the Centre the Adjt Gen sent us all back to the Hospital. When we got there we pitched tents in A large field and turned in for the night as we supposed pretty soon an order came for us to go up to the Front again. I immediately went to the Doctor and told him that I was sent there by our Surgeon (Doctor [Emmerlin?]

and there to stay. But the answer was Oh no you cant stay here you’ve got to go to the Front. While I was standing there an Officer came and told him, the Doctor, that he was sick. Oh yes you can go right down to Fortress Manner in the steamer; But off I went to the Front and took my time about it and got up there at about ten in the evening. I found three of our boys near the Breastworks and we put our tents together and pitched them and turned in