19 June 1864: “This has been an awful day; fighting, and cannonading and a dreadful thunderstorm.”

Item description: In this 19 June 1864 letter, George Hovey Cadman, a soldier in the 39th Ohio Infantry Regiment, wrote from the Marietta, Ga., area to his wife about a momentary truce between his company’s skirmishers and the “Johnnies” on the 17th. Under the influence of good weather, Union and Confederate soldiers traded coffee, tobacco, and song with each other. By the 19th, all that good will was gone as there was fighting, cannonading, and a “dreadful thunderstorm.” 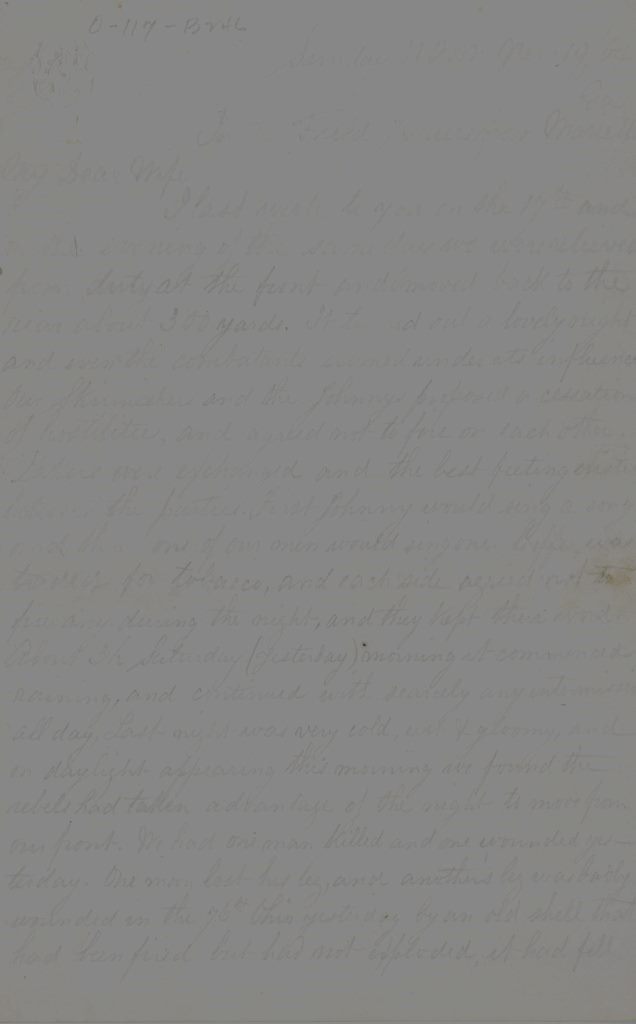 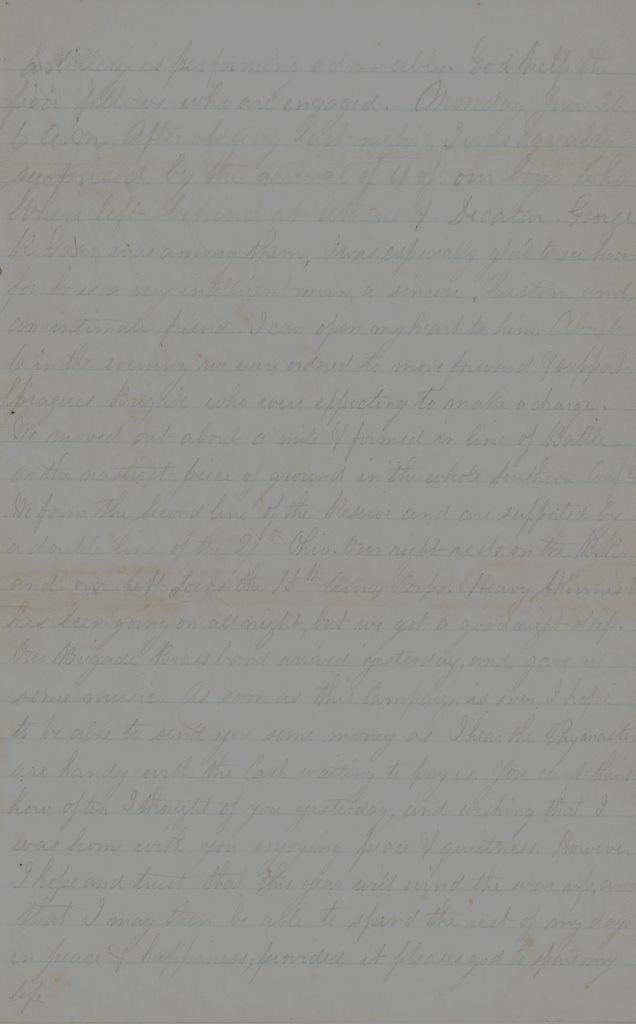 In the Field, seventy miles from Marietta, Georgia.

I last wrote on the 17th, and on the evening of the same day we were relieved from duty at the front, and moved back to the rear about three hundred yards. It was a lovely night, and even the combatants seemed under its influence. Our skirmishers and the Johnnies made a truce, and agreed not to fire at each other. Papers were exchanged and coffee was traded for tobacco, and the best of feeling existed between the parites. First Johnny would sing a song, and then one of our men would reply. Each side had agreed not to fire any during the night, and they kept their word.

About 3:30 yesterday (Saturday) morning, it began to rain, and continued all day. Last night was very cold, wet and gloomy, and this morning we found the rebels had taken advantage of the night to move from our front.

One of the 76th Ohio was badly wounded yesterday in an odd manner. A shell that had been fired without exploding had gone under an old log. Some of the boys built a fire against the log without seeing the shell, and when the fire reached it, it burst, and hence the wounded man.

The rebel batteries and our own are shelling each other at about two miles distance, but whether the rebels are in force or are only a rear guard left to bother us we do not know.

This has been an awful day; fighting, and cannonading and a dreadful thunderstorm. Fortunately for us, as our division had been in front for several days, we had been relieved, and the second division took our place and gave us some rest. But we do not know, one minute from another, when we may have to go in again.

So far every thing has been favorable, and our artillery is performing admirably. God help the poor fellows who are engaged.