26 June 1864: “Our regiment is in more danger from our own battery in the rear than from the rebels in front.”

Posted on 26 Jun ’14 by Biff Hollingsworth 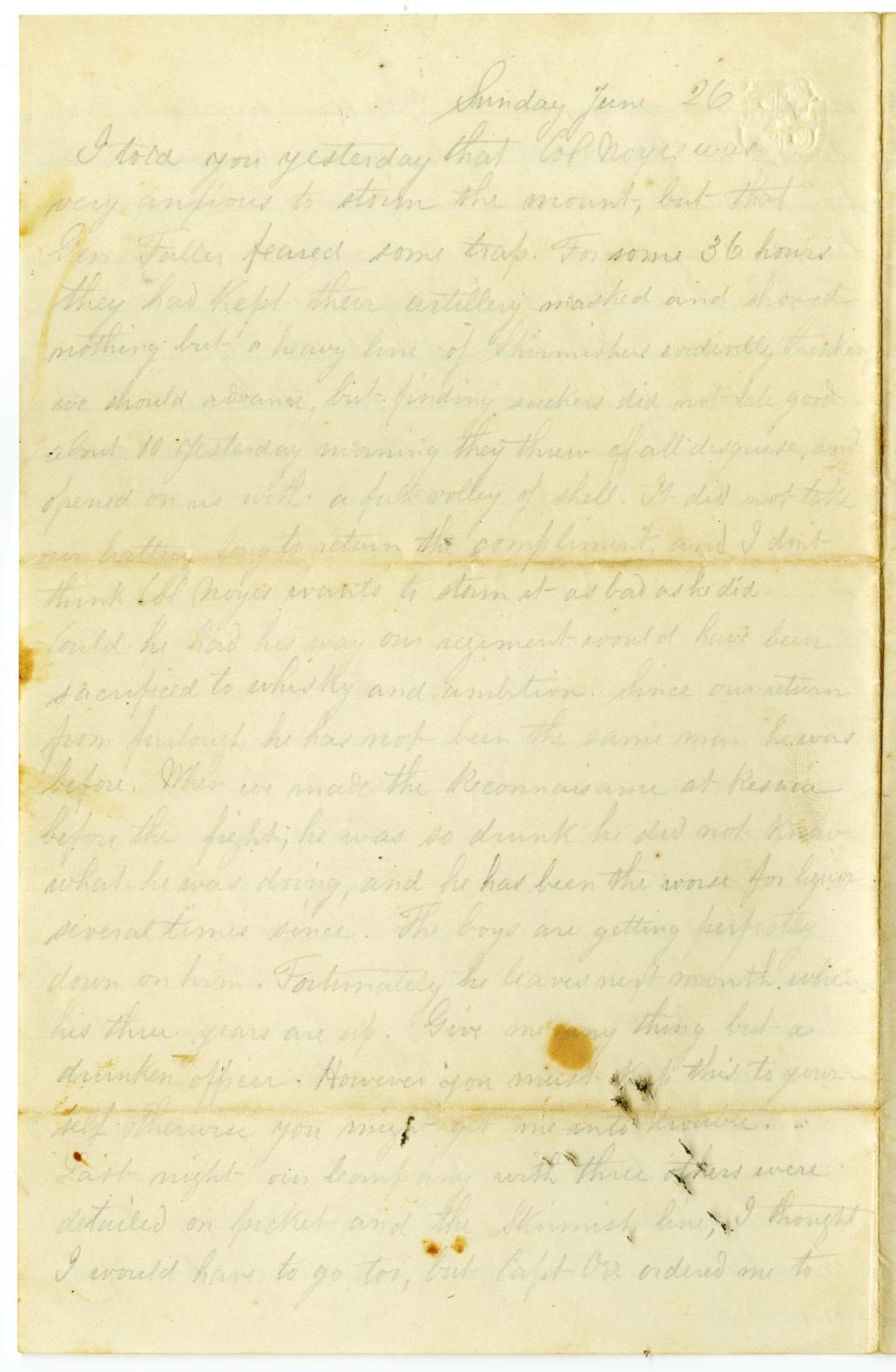 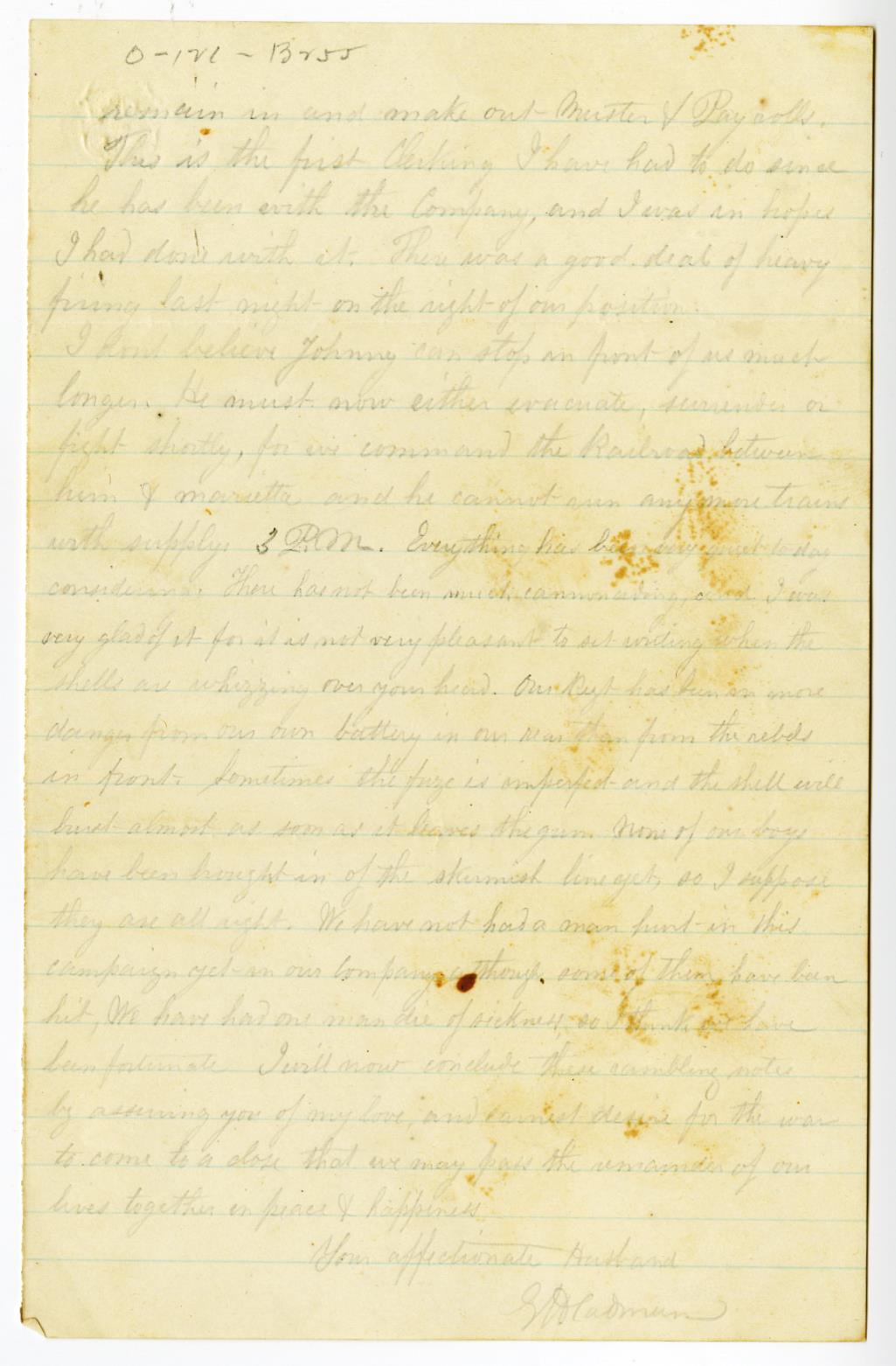 I told you yesterday that Col. Noyes was very anxious to storm the mountain, but that Gen. Fuller feared some trap. For thirty-six hours they kept their artillery masked, and showed nothing but a heavy line of skirmishers, evidently thinking we would advance, but finding suckers did not bite well, yesterday morning they threw off all disguise and opened on us with a full volley of shell. I don’t think Col. Noyes wants to storm it as badly as he did. Could he have had his way, our regiment would have been sacrificed to whisky and ambition. Since our return from furlough he has not been the same man he was before. When we made the reconnaissance at Resaca before the fight, he was so drunk he did not know what he was doing, and he has been the worse for liquor several times since. The boys are getting perfectly down on him. Fortunately he leaves next month when his three years are up. But keep this to yourself or you may get me into trouble.

Last night our company with three others was detailed on the skirmish line. I thought I would have to go too, but Capt. Orr ordered me to remain in and make out our muster and pay rolls. This is the first clerking I have had to do since he has been with the company, and I was in hopes I was done with it.

I don’t believe Johnnie Reb can stop in front of us much longer. He must either evacuate, surrender or fight, shortly, for we command the railroad between here and Marietta, and he can not run any more trains with supplies.

Everything has been very quiet today, considering. There has not been much cannonading, and I was very glad of it, for it is not very pleasant to sit writing when the shells are whizzing over your head. Our regiment is in more danger from our own battery in the rear than from the rebels in front. Sometimes the fuse is defective, and the shell bursts almost as soon as it leaves the gun. None of our boys have been brought in from the skirmish line yet, so I suppose they are all right. We have not had a man hurt yet from our company in this campaign though some of them have been hit. We have had but one many die of sickness, so I think we have been fortunate.

And now let me conclude these rambling notes by assuring you of my love and my earnest desire for the war to come to an end, that we may pass the remainder of our lives together in peace and happiness.