10 August 1864: “Hoping that this application may receive your favorable consideration”

Posted on 10 Aug ’14 by Biff Hollingsworth

Item Description: Request by Lieutenant R. G. Smith to Major J. K. Gourdain asking that men confined in the Guard house with no pending charges be transferred to the 2nd Louisiana Battalion Heavy Artillery, Company B. 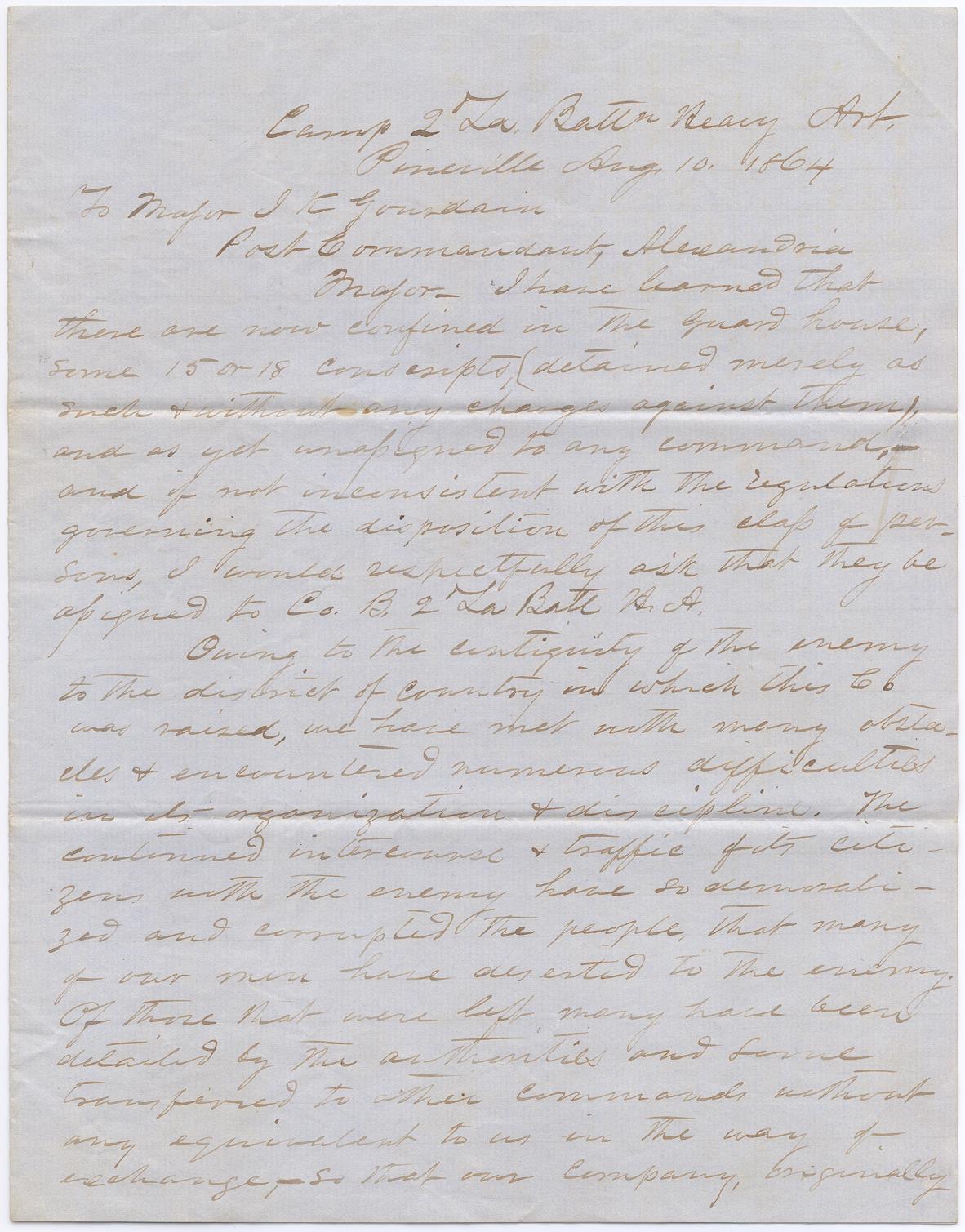 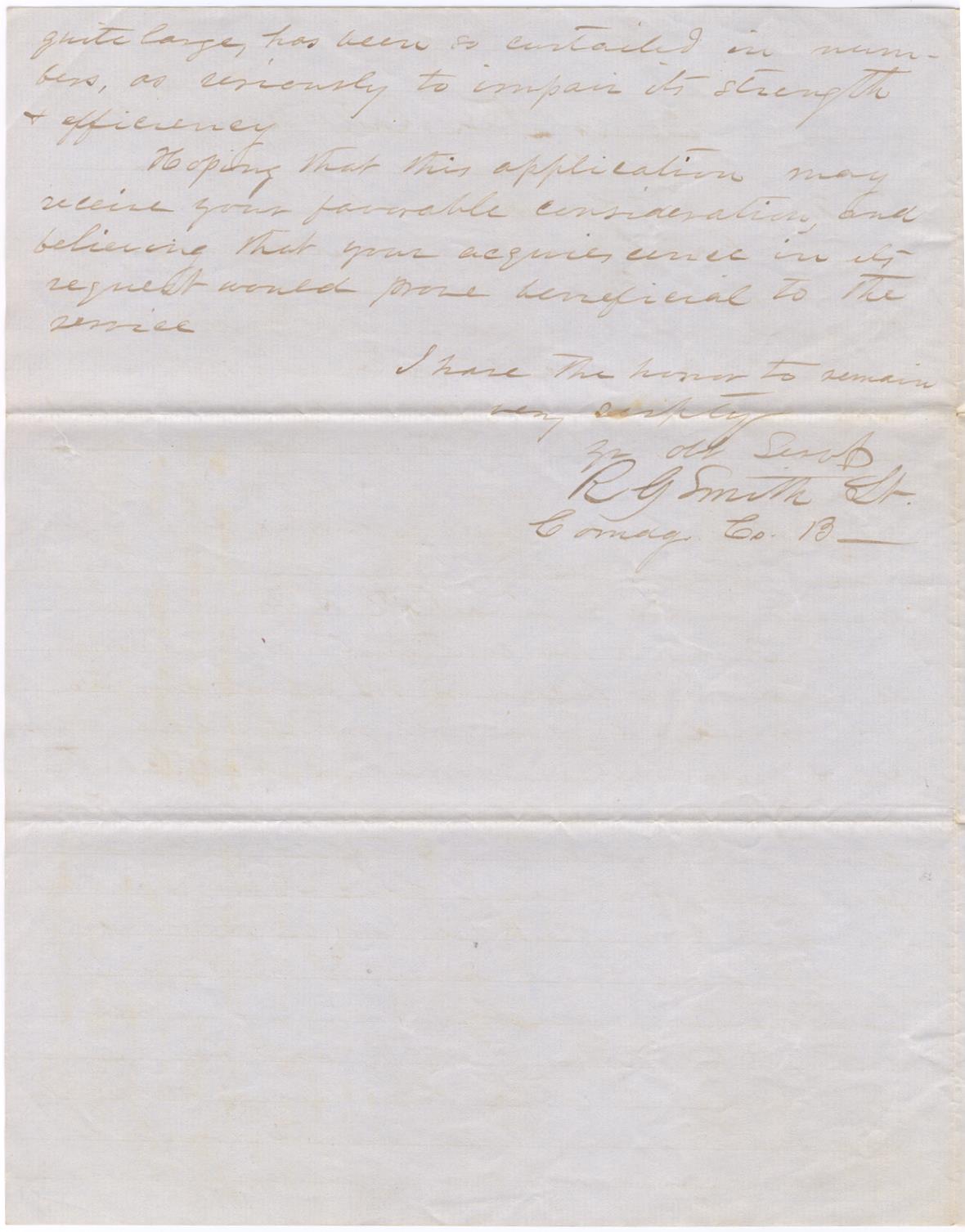 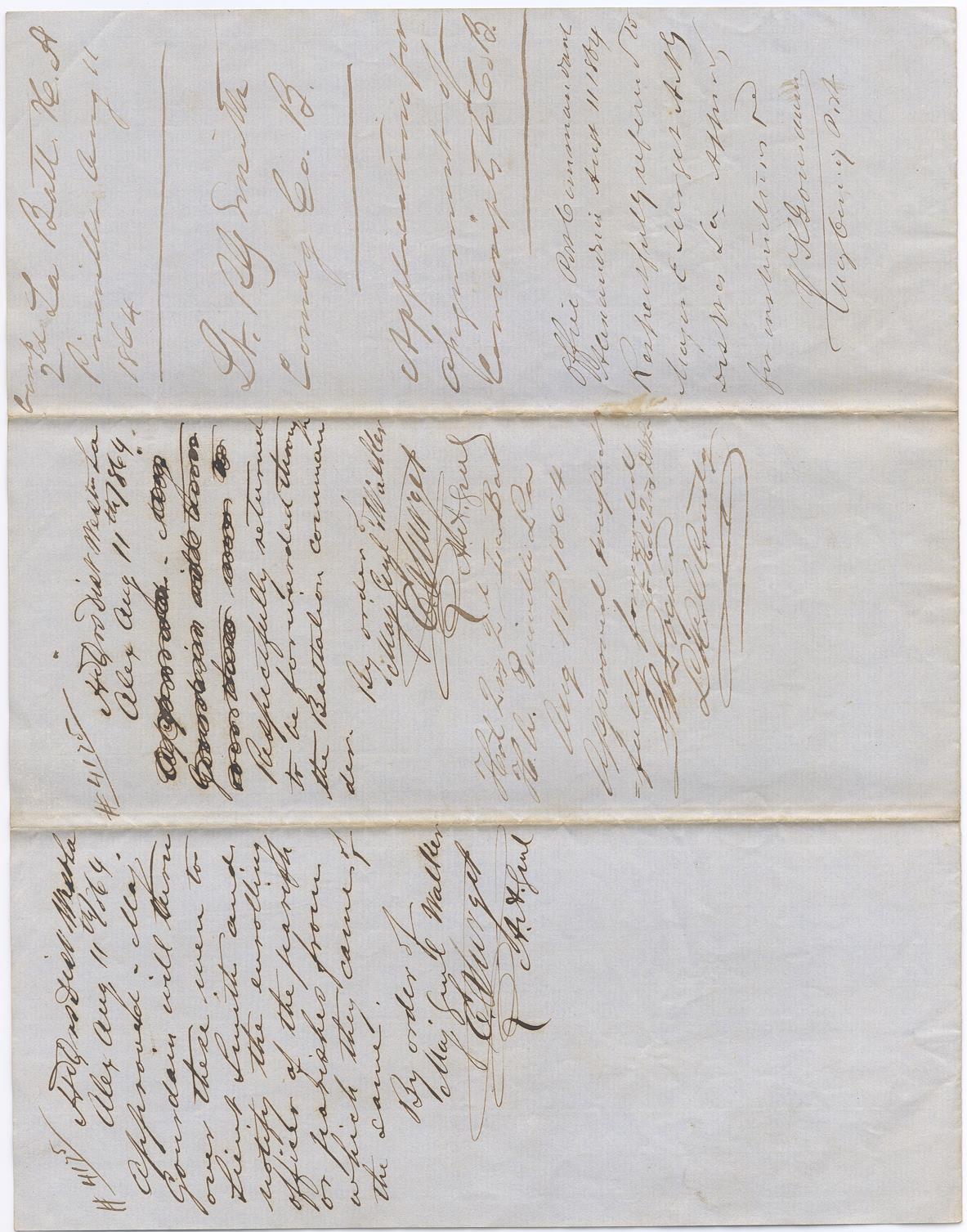 Major – I have learned that there are now confined in the Guard house, some 15 or 18 conscripts (detained merely as such and without any charges against them) and as yet unassigned to any command- and if not inconsistent with the regulations governing the disposition of this class of persons, I would respectfully ask that they be assigned to Co. B 2 La Batt. H. A.

Owing to the contiguity of the enemy to the district of country in which this Co. was raised, we have met with many obstacles and encountered numerous difficulties in its organization and discipline.  The continued intercourse and traffic of its citizens with the enemy have so demoralized and corrupted the people that many of our men have deserted to the enemy.  Of those that were left, many have been detained by the authorities and some transferred to their commands without any equipment to us in the of exchange, so that our company originally quite large, has been so curtailed in members, as seriously to impair its strength and efficiency.

Hoping that this application may receive your favorable consideration and believing your acquaintance in its request would prove beneficial to the service.

I have the honor to remain very respectfully your servant,

Approved. Maj Gourdain will turn over these men to Lieut Smith and notify the enrolling officer of the parish or parishes from which they came of the same.

By order of Maj Genl Walker

Respectfully returned to be forwarded through the Battalion commander.

By order of Maj Genl Walker

Application for assignment of conscripts to Co. B