Posted on 13 Aug ’14 by Rebecca Williams

Item Description: Diary entry dated 13 August 1864 from Sarah Lois Wadley. She writes about her daily life with detail. She describes what she is reading and the people she talks with as well. There is a small note at the end about a possibility of a Yankee raid. 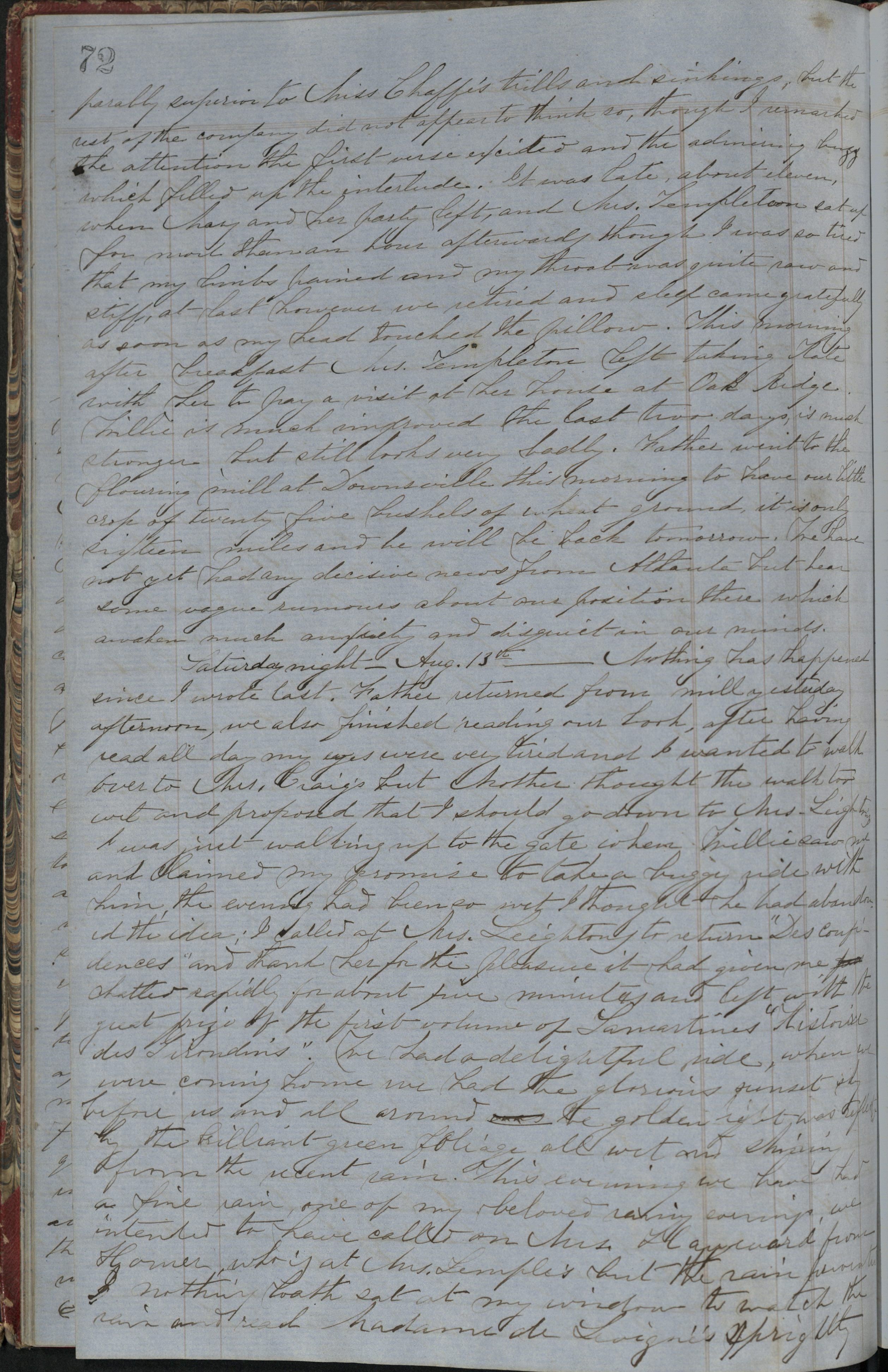 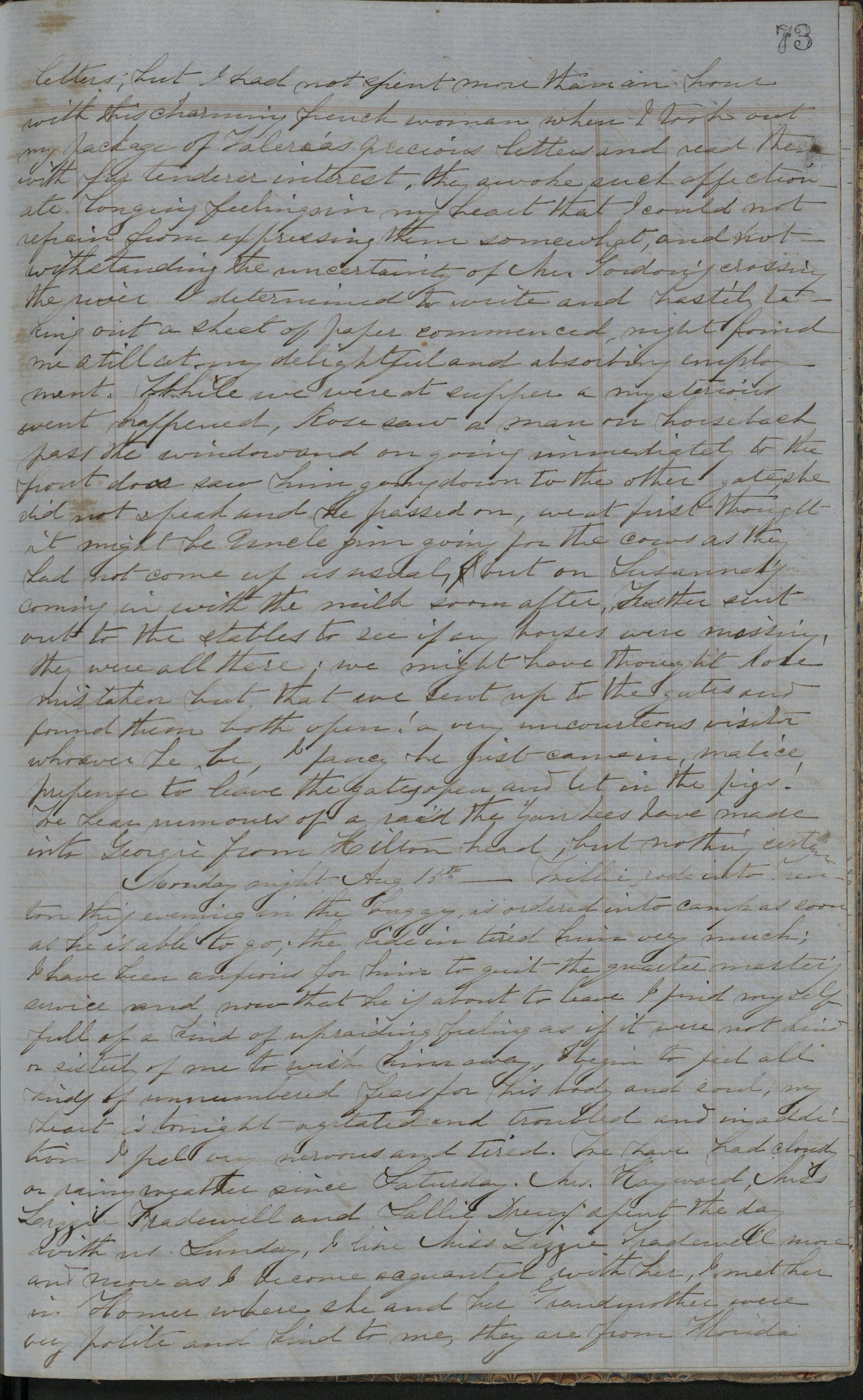 Nothing has happened since I wrote last. Father returned from mill yesterday afternoon, we also finished reading our book, after having read all day my eyes were very tired, and I wanted to walk over to Mrs. Craig’s but Mother thought the walk too wet and proposed that I should go down to Mrs. Leighton’s. I was just walking up to the gate when Willie saw me, and claimed my promise to take a buggy ride with him, the evening had been so wet I thought he had abandoned the idea. I called at Mrs. Leighton’s to return “Des Confidences” and thank her for the pleasure it had given me, chatted rapidly for about five minutes, and left with the great prize of the first volume of Lamartine’s “Histoire des Girondins.” We had a delightful ride, when we were coming home we had the glorious sunset sky before us, and all around the golden light was reflected by the brilliant green foliage all wet and shining from the recent rain. This evening we have had a fine rain, one of my beloved rainy evenings. We intended to have called on Mrs. Hayward from Homer, who is at Mrs. Temple’s, but the rain prevented. I nothing loath sat at my window to watch the rain and read Madame de Sevigné’s sprightly letters, but I had not spent more than an hour with this charming french woman when I took out my package of Valeria’s precious letters and read them with far tenderer interest, they awoke such affectionate, longing feelings in my heart that I could not refrain from expressing then somewhat, and notwithstanding the uncertainty of Mr. Gordon’s crossing the river, I determined to write, and hastily taking out a sheet of paper commenced, night found me still at my delightful and absorbing employment. While we were at supper a mysterious event happened, Rose saw a man on horseback pass the window, and on going immediately to the front door saw him going down to the other gate, she did not speak and he passed on. We at first thought it might be Uncle Jim going for the cows, as they had not come up as usual, but on Susannah’s coming in with the milk soon after, Father sent out to the stables to see if any horses were missing, they were all there; we might have thought Rose mistaken but that we sent up to the gates and found them both open! a very uncourteous visitor whoever he be, I fancy he just came in malice, prepense to leave the gates open and let in the pigs!

We hear rumours of a raid the Yankees have made into Georgia from Hilton head, but nothing certain.