18 October 1864: “to get me into some place that will be better than serving in the ranks”

Item Description: Letter from A. F. Pendleton to his uncle Brigadier General William Nelson Pendleton asking him to use his reputation to get him a position outside of the military ranks. 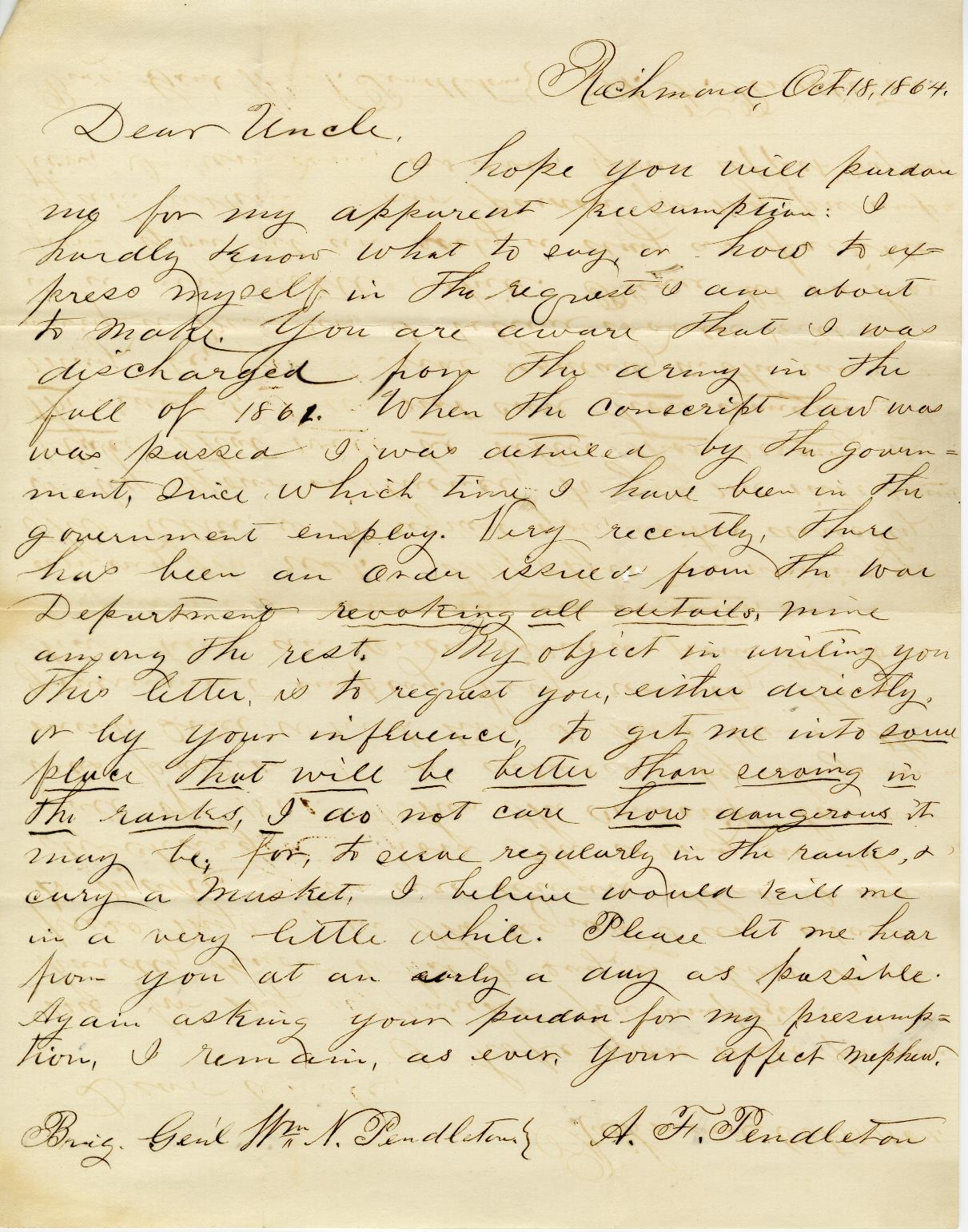 I hope you will pardon me for my apparent presumption: I hardly know what to say or how to express myself in the request I am about to make.  You are aware that I was discharged from the army in the fall of 1861.  When the Conscript law was was passed I was detailed by the government since which time I have been in the government employ.  Very recently, there has been an order issued from the War Department revoking all details, mine among the rest.  My object in writing you this letter is to request you, either directly, or by your influence to get me into some place that will be better than serving in the ranks, I do not care how dangerous it may be for to serve regularly in the ranks, and cary a musket, I believe would kill me in a very little while.  Please let me hear from you at an early a day as possible.  Again asking your pardon for my presumption, I remain as ever your affect nephew.

This entry was posted in Southern Historical Collection and tagged A. F. Pendleton, Richmond, William Nelson Pendleton. Bookmark the permalink.