7 December 1864: ” he too, like me was expecting to go home Christmas, but his hopes are all blighted and I am affraid that my chances is very slim” 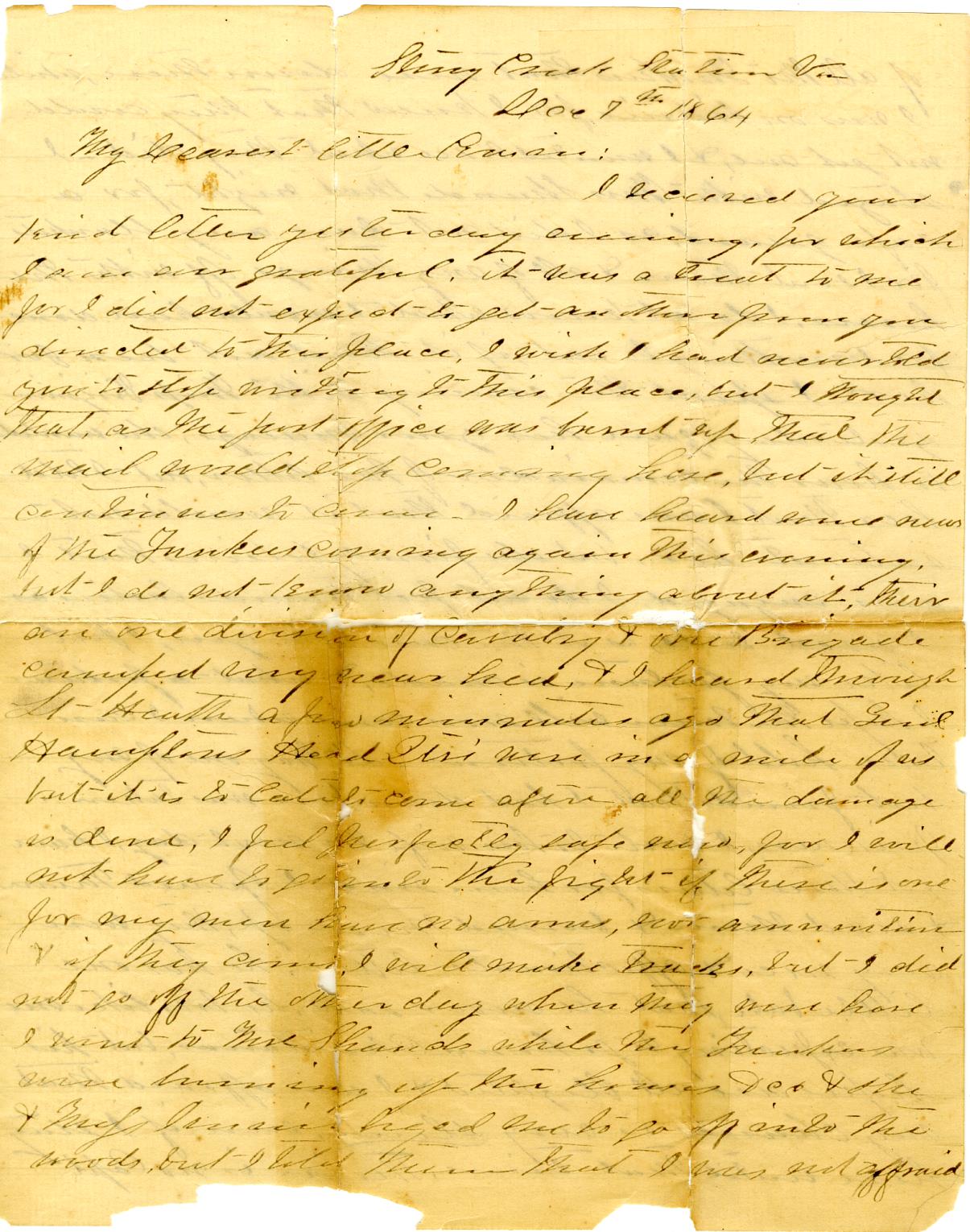 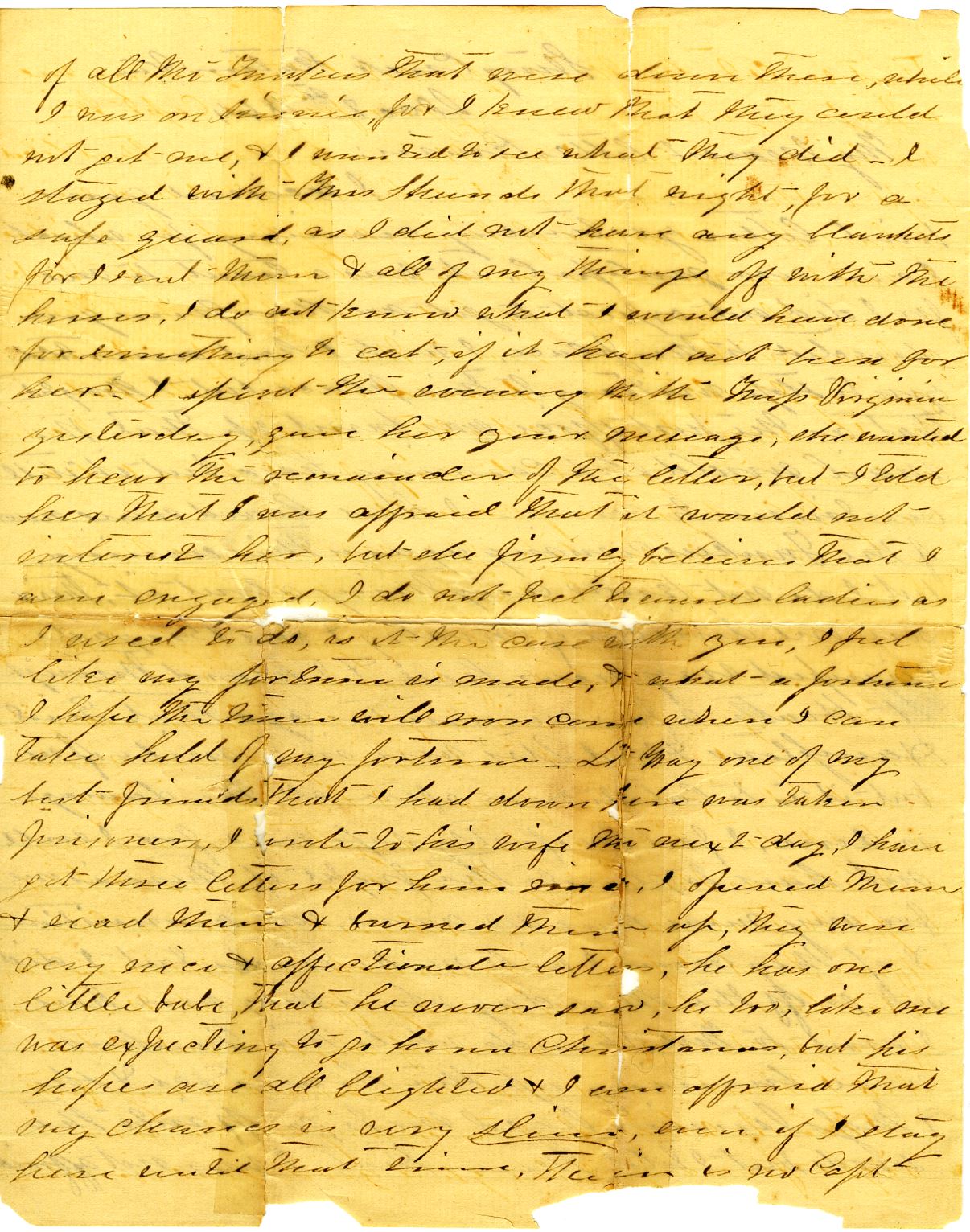 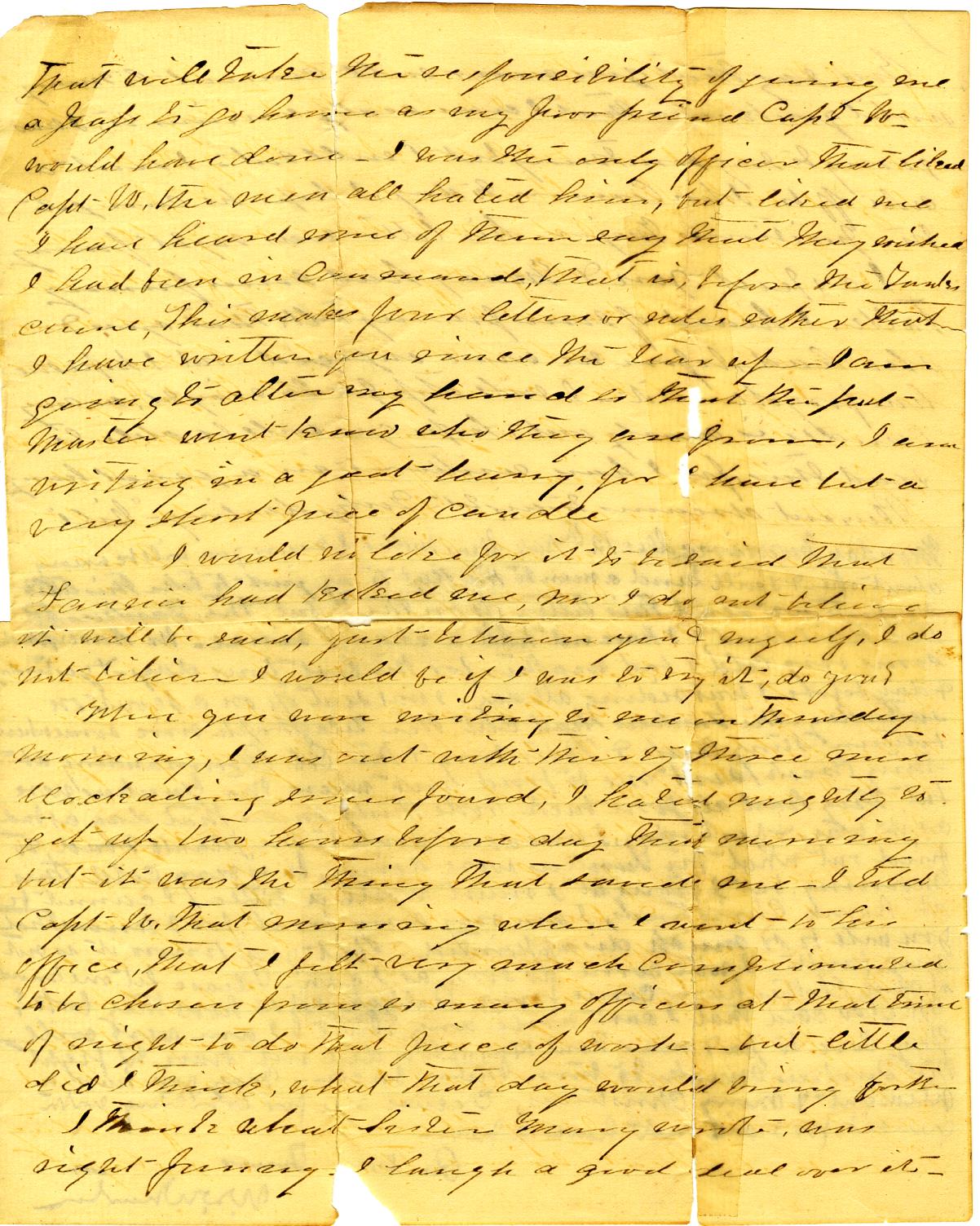 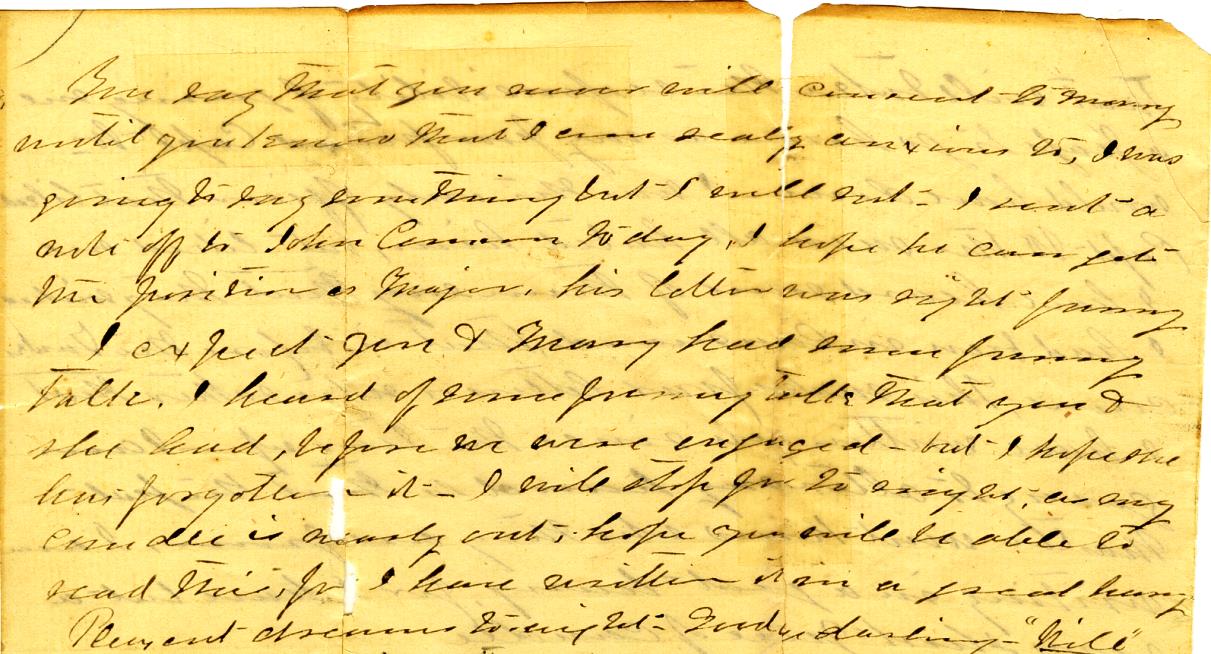 I received your kind letter yesterday evening, for which I am ever grateful, it was a treat to me for I did not expect to get another from you directed to this place. I wish I had never told you to stop writing to this place, but I thought, that as the post office was burnt up that the mail would stop coming here, but it still continues to come. I have heard some news of the Yankees coming again this evening but I do not know anything about it, there are one division of Cavalry and one Brigade camped very near here and I heard through Lt. Heath a few minutes ago that Genl Hamptons Head Qtrs were in a mile of us but it is to late to come after all the damage is done, I feel perfectly safe now for I will not  have to go into the fight if there is one for my men  have no arms, nor ammunition and if they come, I will make tracks, but I did not go off the other day when they were here. I went to Mrs. Shands while the Yankees are burning up the houses and ct and she and Mrs. ? begged me to go off into the woods but I told them that I was not affraid of all the Yankees that were down there, while I was on Jinnie for I knew that they could not get me, and I wanted to see what they did. I stayed with Mrs. Shands that night for a safeguard as I did not have any blankets for I sent them and all of my things off with the horses, I do not know what I would have done for something to eat, if it had not been for her. I spent the evening with Miss Virginia yesterday, gave her your message, she wanted to hear the remainder of the letter, but I told her that I was affraid that it would not interest her, but she firmly believes that I am engaged. I do not feel towards ladies as I used to do, is it the case with you, I feel like my fortune is made, and what a fortune I hope the time will soon come when I can take hold of my fortune- Lt May one one of my best friends that I had down here was taken prisoner, I wrote to his wife the next day, I have got three letters for him since, I opened them and read them and burned them up, they were very nice and affectionate letters, he has one little babe that he never saw, he too, like me was expecting to go home Christmas, but his hopes are all blighted and I am affraid that my chances is very slim, even if I stay here until that time. Their is no Capt. that will take the responsibility of giving me a pass to go home as my poor friend Capt. W would have done. I was the only officer that liked Capt. W, the men all hated him, but liked me. I have heard some of them say they that they wished I had been in command, that is before the Yanks came. This makes four letters or notes rather that I have written you since the tear up. I am going to alter my hand so that the post master wont know who they are from, I am writing in a great hurry, for I have but a very short piece of candle.

When you are writing to me on Thursday morning, I was out with thirty-three men blockading ? found, I hated mightly to get up two hours before day that morning but it was the thing that saved me. I told Capt W. that morning when I went to his office, that I felt very much complemented to be chosen from so many officers at that time of night to do that piece of work- but little did I think, what that day would bring forth.

I think what Sister Mary wrote was right funny, I laugh a good deal of it. You say that you never will consent to marry until you know that I am really anxious to, I was going to say something but I will not. I sent a note off to John Cannon today, I hope he can get Mr. ? as Major, his letter was right funny.

I expect you and Mary had some funny talk, I heard of some funny talk you and she had, before we were engaged- but I hope she has forgotten it. I will stop for tonight, as my candle is nearly out, hope you will be able to read this, for I have written it in a great hurry.