24 January 1865: “…for the unsurpassed gallantry and skill exhibited by them in the attack upon Fort Fisher”

Item Description: Public resolution from the United States Senate and the House of Representatives, commending Brevet Major General Alfred H. Terry and his forces for their bravery in the Union victory at Fort Fisher, the last major Confederate port on the Atlantic seacoast. Issued by the Secretary of War on January 24, 1865. 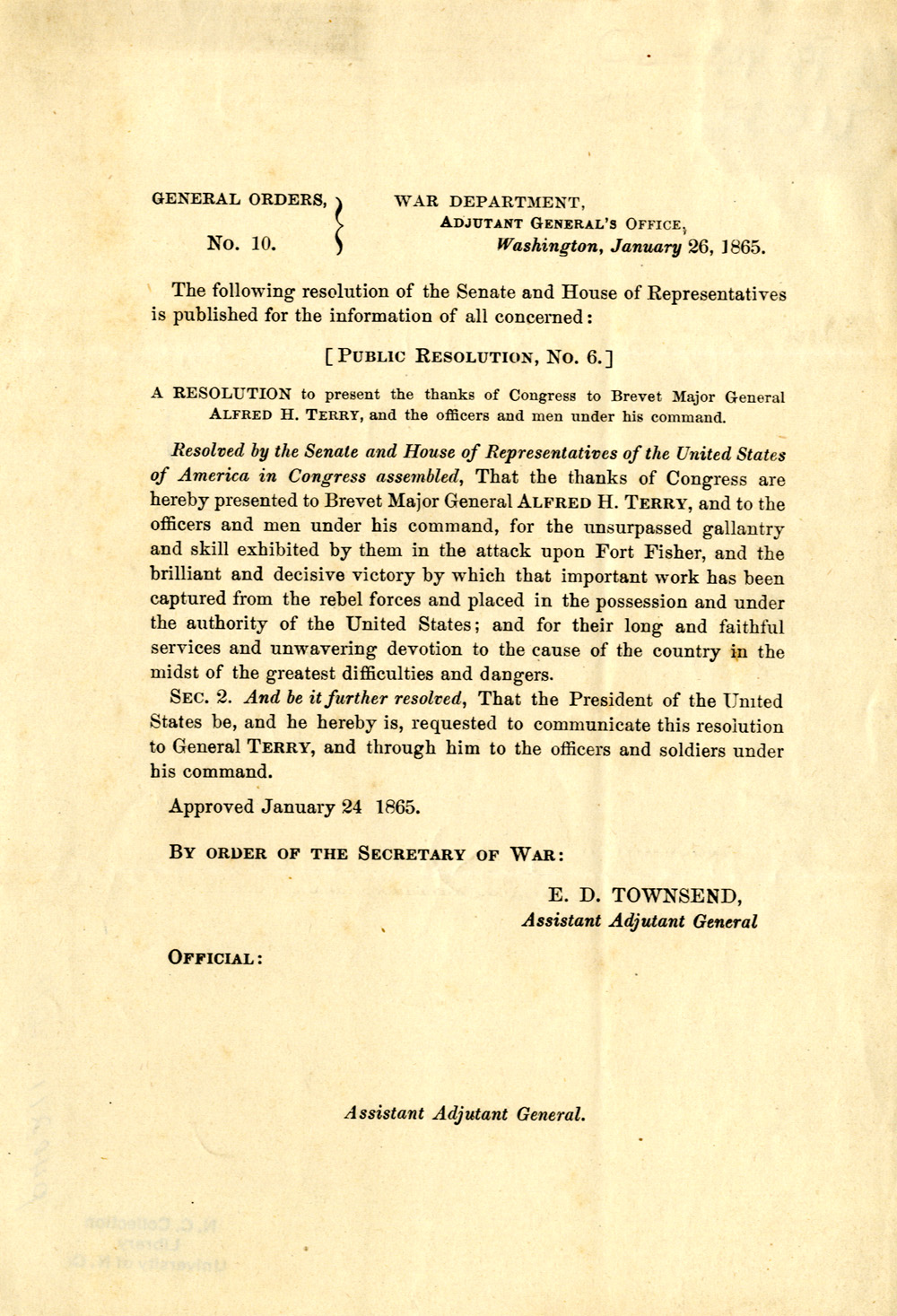 The following resolution of the Senate and House of Representatives is published for the information of all concerned:

A Resolution to present the thanks of Congress to Brevet Major General Alfred H. Terry, and the officers and men under his command.

Resolved by the Senate and House of Representatives of the United States of America in Congress assembled, That the thanks of Congress are hereby presented to Brevet Major General Alfred H. Terry, and to the officers and men under his command, for the unsurpassed gallantry and skill exhibited by them in the attack upon Fort Fisher, and the brilliant and decisive victory by which that important work has been captured from the rebel forces and placed in the possession and under the authority of the United States; and for their long and faithful services and unwavering devotion to the cause of the country in the midst of the greatest difficulties and dangers.
Sec. 2. And be it further resolved, That the President of the United States be, and he hereby is, requested to communicate this resolution to General Terry, and through him to the officers and soldiers under his command.