10 February 1865: “Congress does not hereby assume to change the social and political status of the slave population of the States”

Item Description: A Bill to Provide for Raising Two Hundred Thousand Negro Troops by the Confederate Army. It specifies that any slave that enters into the service will have the written permission of his owners, and that they do not wish to change the status of any slave.

[Scans courtesy of Internet Archive and Duke University Library. This item can also be found via the Rare Book Collection, University of North Carolina at Chapel Hill.] 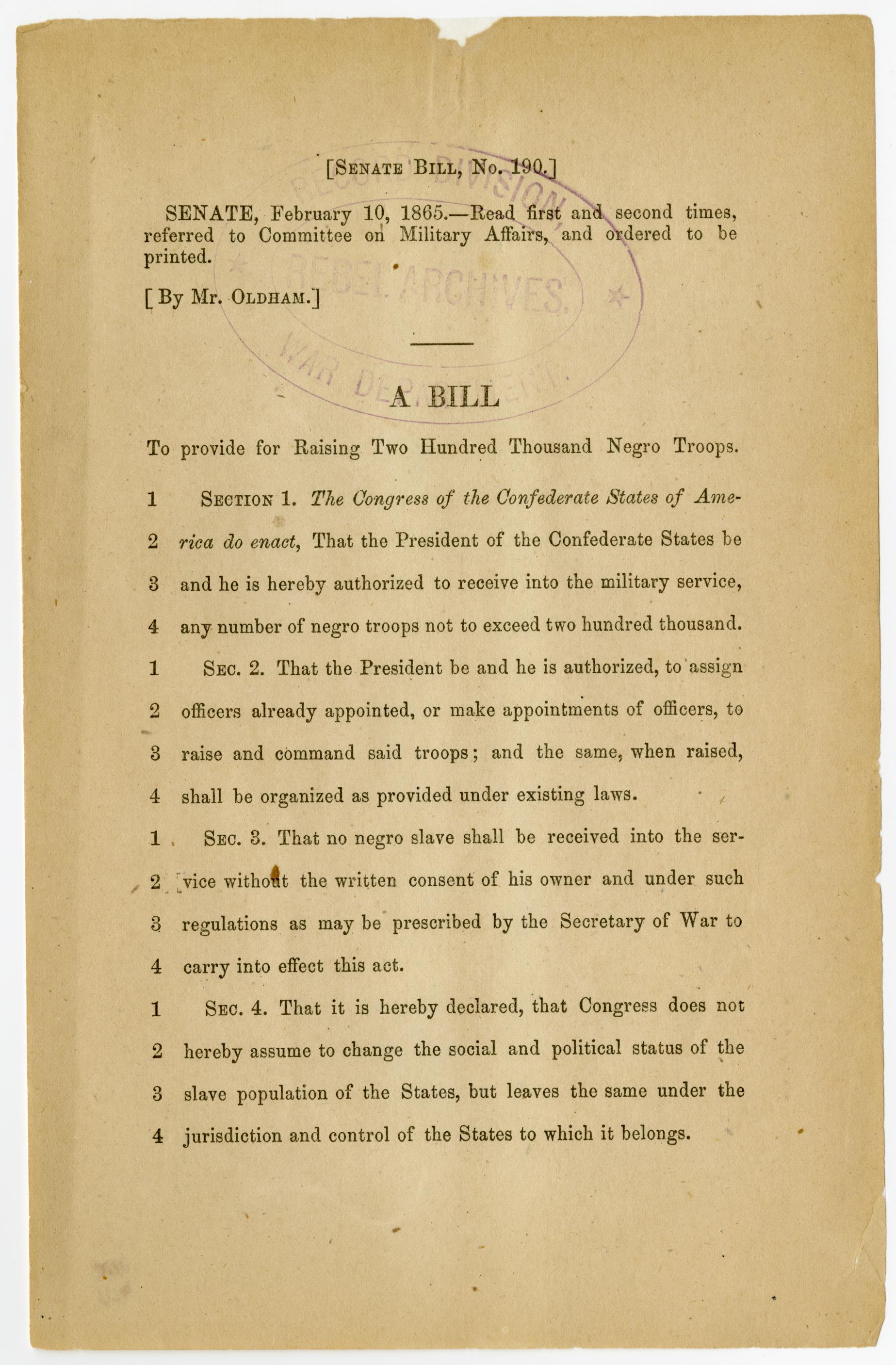 SENATE, February 10, 1865.–Read first and second times, referred to Committee on Military Affairs, and ordered to be printed.

1         SEC. 2. That the President be and he is authorized, to assign
2 officers already appointed, or make appointments of officers, to
3 raise and command said troops; and the same, when raised,
4 shall be organized as provided under existing laws.

1         SEC. 3. That no negro slave shall be received into the service
2 without the written consent of his owner and under such
3 regulations as may be prescribed by the Secretary of War to
4 carry into effect this act.

1         SEC. 4. That it is hereby declared, that Congress does not
2 hereby assume to change the social and political status of the
3 slave population of the States, but leaves the same under the
4 jurisdiction and control of the States to which it belongs.

This entry was posted in Uncategorized. Bookmark the permalink.