27 February 1865: “numerous desertions are now occurring among the troops from our State and many of them are going to the enemy.”

Posted on 27 Feb ’15 by Rebecca Williams

Item Description: Letter dated 27 February 1865 signed by the officers of the North Carolina Troops. It brings up concerns about desertions and low morale among members of the army. 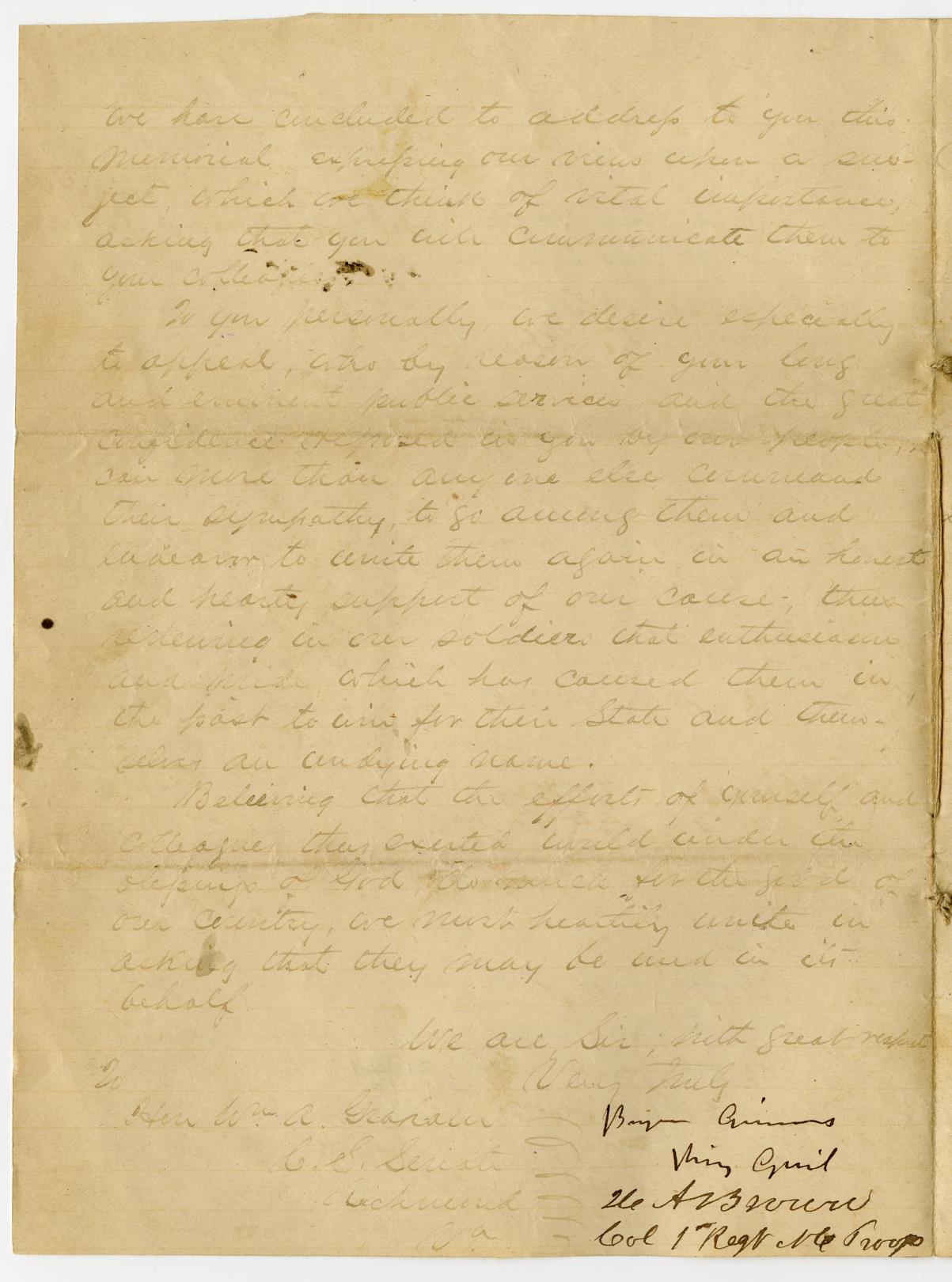 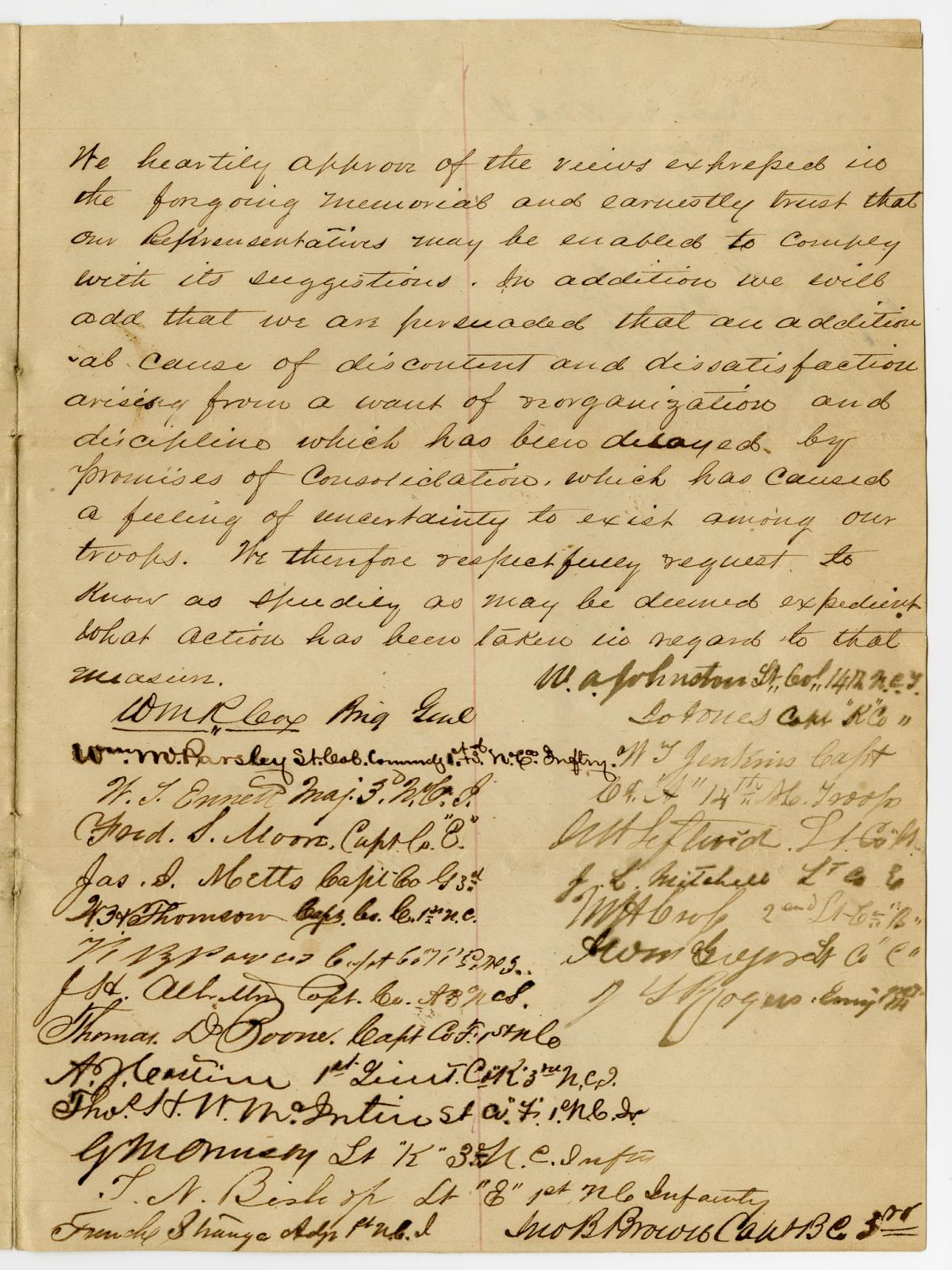 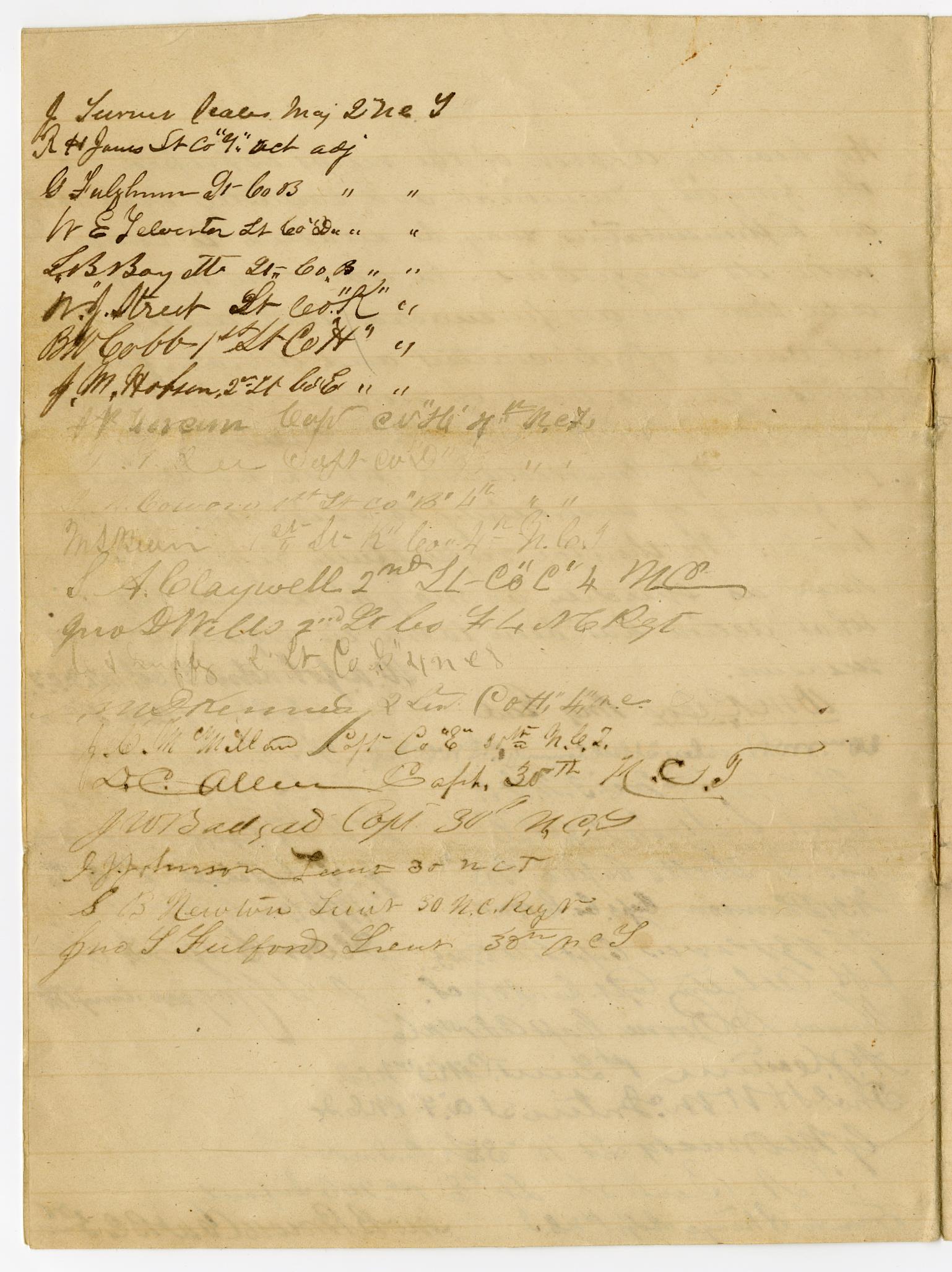 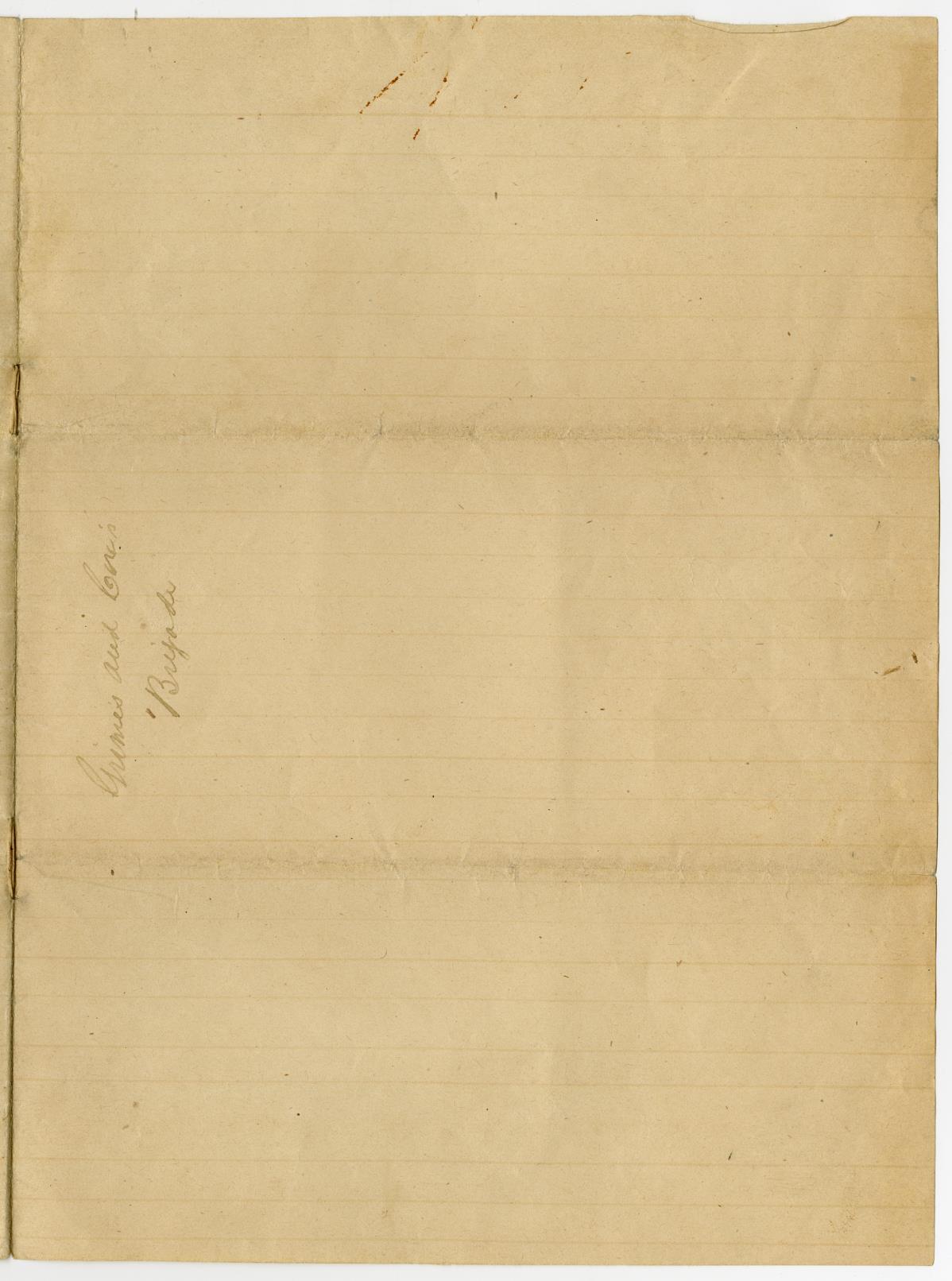 We, the officers of the North Carolina Troops, at this time present with the Army of Northern Virginia, desire to represent to you, which we do with much regret that numerous desertions are now occurring among the troops from our State and many of them are going to the enemy.

We believe that the Spirit of discontent among our soldiers over its birth and growth to the influences of those of our citizens at home, who by evil ? and by fears have been made to despair of the success of our cause, and are ? while the soldiers are home on furlough and through the mails, instilling into them opinions which too often cultivate in desertion. We are led to this conclusion by intercepted letters, addressed to those who have deserted.

Persuaded that much good would result to our people and consequently to the Army if our Senators and Members of Congress could as early as practicable, ? ? people with ? of cheer encouraging the timid satisfying the discontented and ? party discord we have concluded to address to you this memorial expressing our views upon a subject which we think of vital importance, asking that you will communicate them to your colleagues.

To you personally we desire especially to appeal, who by reason of your long and eminent public services and the great confidence ? in you by our people, can more than any one else command their sympathy to go among them and endeavor to write them again in an honest and hearty support of our cause, thus renewing in our soldiers that enthusiasm and pride which has caused them in the past to win for their State and themselves an undying name.

Believing that the effort of yourself and colleagues they exerted would under the blessings of God, do much for the good our country, we much heartily write in asking that they may be used in its behalf.

We are Sir, with great respect

We heartily approve of the views expressed in the forgoing memorial and earnestly trust that our Representatives may be enabled to comply with its suggestions. In addition we will add that we are persuaded that an additional cause of discontent and dissatisfaction arise from a want of organization and discipline which has been decayed by promises of consolidation, which has caused a feeling of uncertainty to exist among our troops. We therefore respectfully request to know as speedily as may be deemed expedient what action has been taken in regard to that ?