17 March 1865: “I have sent her to New Orleans for adjudication, together with papers found on board and the proper witnesses required.”

Posted on 17 Mar ’15 by Biff Hollingsworth

Item description: Report of Commander William Spicer, of the U.S.S. Quaker City, United States Navy, to Gideon Welles, Secretary of the Navy, regarding the capture of the blockade-running schooner the George Burkhardt. 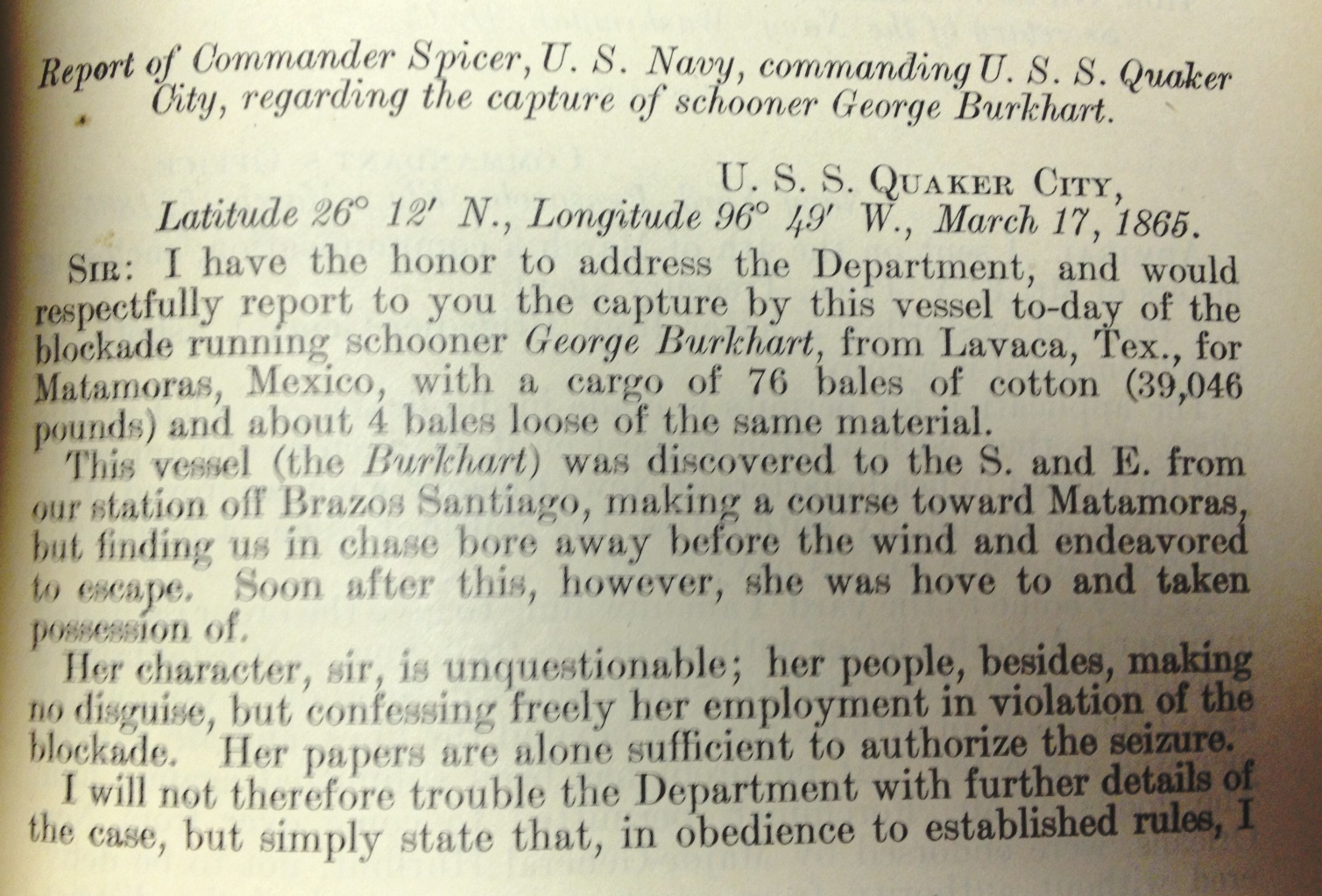 Report of Commander Spicer, U. S. Navy, commanding U. S. S. Quaker City, regarding the capture of schooner George Burkhart.

SIR: I have the honor to address the Department, and would respectfully report to you the capture by this vessel, to-day of the blockade running schooner George Burkhart, from Lavaca, Tex., for Matamoras, Mexico, with a cargo of 76 bales of cotton (39,046 pounds) and about 4 bales loose of the same material.

This vessel (the Burkhart) was discovered to the S. and E. from our station off Brazos Santiago, making a course toward Matamoras, but finding us in chase bore away before the wind and endeavored to escape. Soon after this, however, she was hove to and taken possession of.

Her character, sir, is unquestionable; her people, besides, making no disguise, but confessing freely her employment in violation of the blockade. Her papers are alone sufficient to authorize the seizure. I will not therefore trouble the Department with further details of the case, but simply state that, in obedience to established rules, I have sent her to New Orleans for adjudication, together with papers found on board and the proper witnesses required.

I have, sir, the honor to be, very respectfully, your obedient servant,