Item Description: These pages from Harper’s Weekly newspaper published on April 8th, 1865 contain images depicting events from the war. The articles shows update readers on the War in North Carolina and tell of Lee’s final attack on Grant’s lines in Petersburg, Virginia and provides some first hand description of the events as told through a dispatch sent to the newspaper from General Parke. 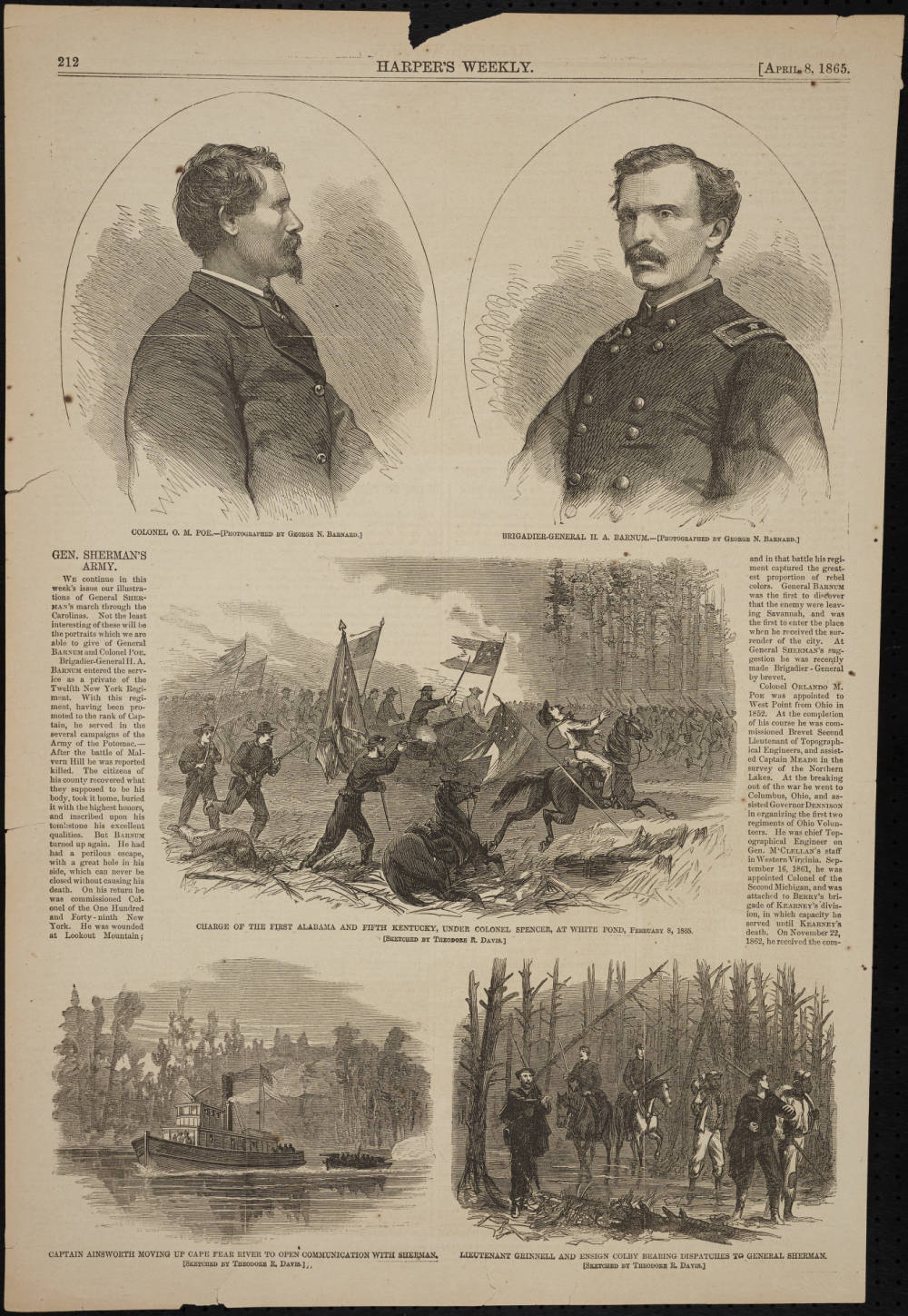 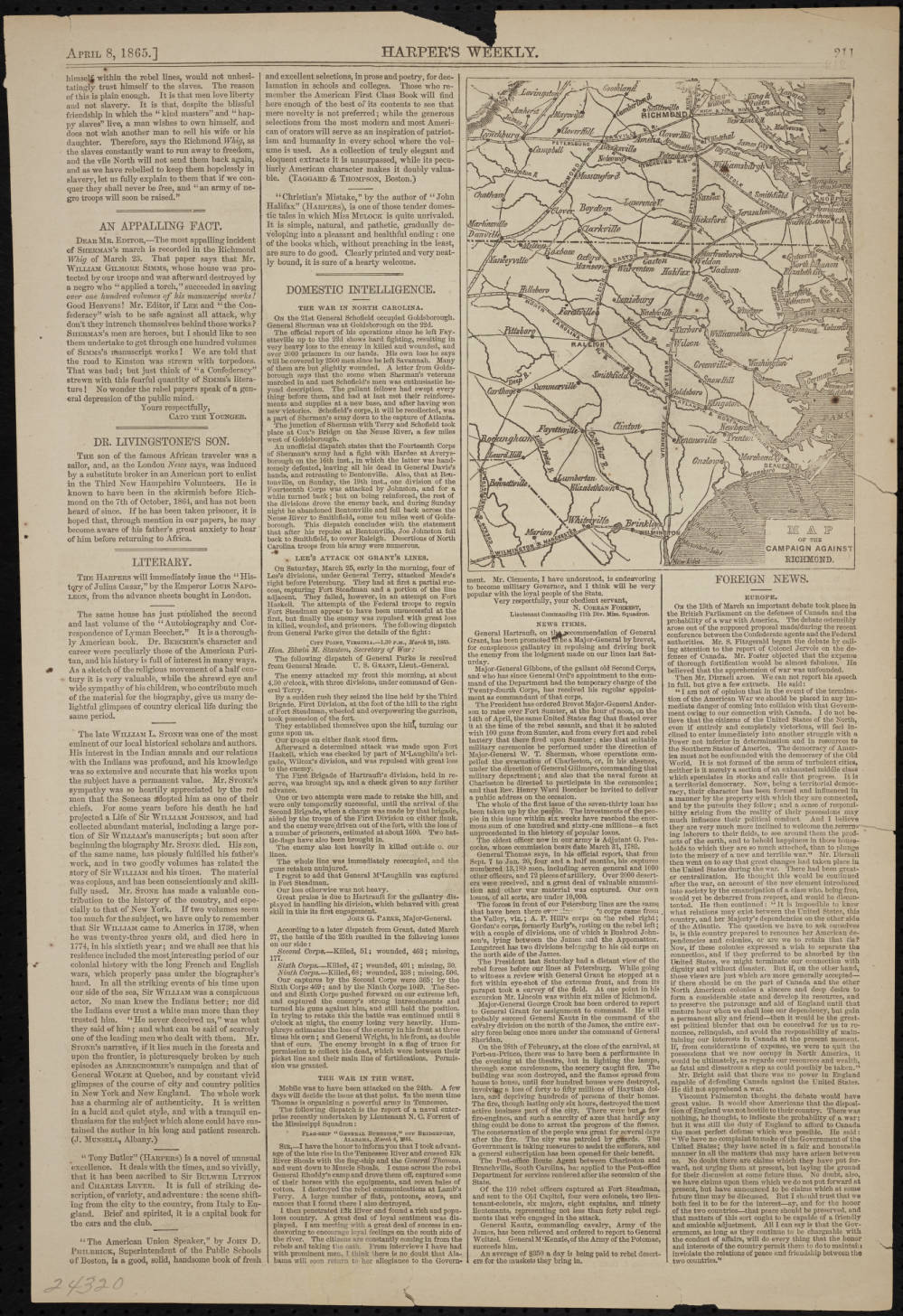 On Saturday, March 25, early in the morning, four of Lee’s division, under General Terry, attacked Meade’s right before Petersburg. They had at first a partial success, capturing Fort Stedman and a portion of the line adjacent. They failed, however, in an attempt on Fort Haskell. The attempt of the Federal troops to regain Fort Stedman appear to have been unsuccessful at first, but finally the enemy was repulsed with great loss in killed wounded, and prisoner. The following dispatch from General Parke given the details of the fight:

The following dispatch of General Parke is received from General Meade. U. S> Grant, Lieut-General.

The enemy attacked my front this morning at about 4:00 o’clock, with three divisions, under command of General Terry.

By a sudden rush they seized the line held by the Third Brigade. First Division, at the foot of the hill to the right of Fort Stedman, wheeled and overpowering the garrison took possession of the fort.

They established themselves up on the hill, turning our guns upon us.

Our troops on either flank stood firm.

Afterward a determined attack was mad upon Fort Haskell, which was checked by McLaughlin’s Brigade, Willpock’s division, and was repulsed with great loss to the enemy. The First Brigade of Hurtrauff’s division, held in reserve, was brought up, and a check given to any further advance.

One or two attempts were made to retake the hill, and were only temporarily successful, until the arrival of the Second Brigade, when a charge was made by that brigade aided by the troops of the First Division on each flank, and the enemy were driven out of the fort with the loss of a number of prisoners, estimated about 1000. Two basic flags have been brought in.

The enemy also bet heavily in killed outside of our lines.

The whole line was immediately reoccupied, and then ? retaken uninjured.

Only loss otherwise was not heavy.

Great praise is due to Hurtrauff for gallantry displayed in handling his division, which behaved with great skill in its first engagement.