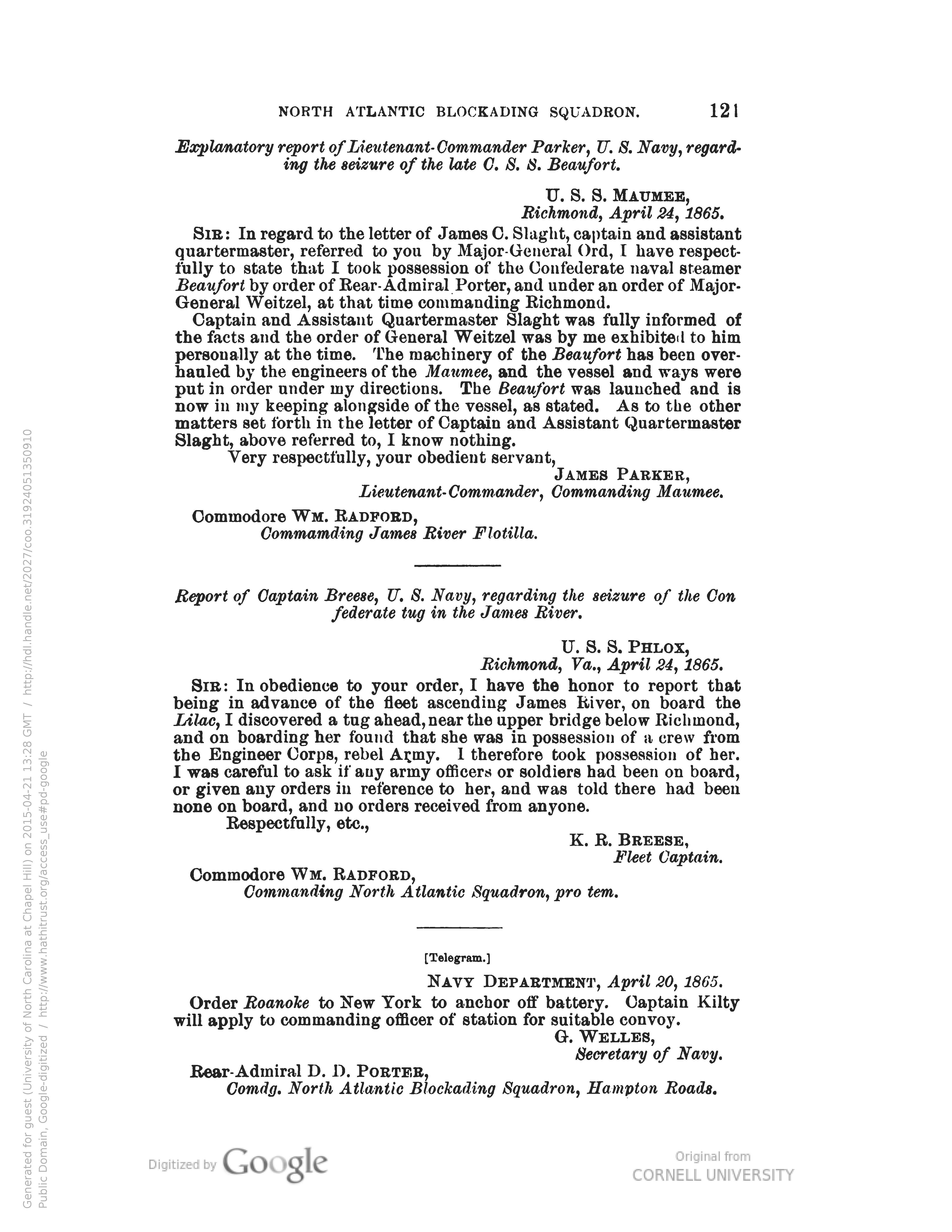 SIR: In regard to theletter of James C. Slaught, captain and assistant quartermaster, referred to you by Major-General ORd, I have respectfully to state that I took possession of the Confederate naval steamer Beaufort by the order of Rear-Admiral Porter, and under an order of Marjor General Weitzel, at that time commanding Richmond.
Captain and Assistant Quartermaster Slaght was fully informed of the facts and the order of General Weitzel was by me exhibited to him personally at the time. The machinery of the Beaufort has been overhauled by the engineers of the Maumee,  and the vessel and ways were put in order under my directions. The Beaufort was launched and is now in my keeping alongside of the vessel, as stated. As to the other matters set forth in the letter of Captain and Assistant Quartermaster Slaght, above referred to, I know nothing.
Very respectfully, your obedient servant,

Sir: In obedience to your order. I have the honor to report that being in advance of the fleet ascending James River, on board the Lilac, I discovered a tug ahead, near the upper bridge below Richmond and on boarder her found that she was in possession of a crew from the Engineer Corps, rebel Army. I therefore took possession of her. I was careful to ask if any army officers or soldiers had been on board, or given any orders in reference to her, and was told there had been none on board, and no orders received from anyone.
Respectfully, etc.,