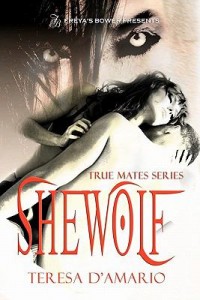 Veterinarian Anna Callaway has always had a special talent with animals. Beyond her skill with a scalpel, sutures, and other tools of the trade, Anna has some extra gifts. These include extremely sharp eyesight, more strength than she should have, and a sense of smell that allows her to detect things no one else can: moods, illness, and fertility.

These gifts that make her such an excellent vet do have their downsides: she can’t stand noisy, crowded places. One night, feeling obligated to attend a staff birthday party at a local bar, Anna seeks a respite from the smoke and pounding music in the parking lot. There, she is assaulted by two strange men who are determined to kidnap her, rape her, or both. What frightens Anna the most is their bodies: they seem to shift and become hairier, and their smiles are full of pointed canines. Does she see claws sprouting from their fingers? Suddenly, a third man materializes to rescue her…but Anna is horrified to find that he is just as strange as the others. Is she hallucinating?

Kieran Hunter only wanted to rescue the human woman from Ryland and Joshua, who were dangerously close to exposing their true nature as wolven: a species with the ability to take both human and wolf form. He doesn’t understand his immediate attraction to the female…until he realizes that she’s just like him. More than that, she’s The One–his True Mate. Kieran must fight wolven instinct, exercising all of his self control to educate Anna about herself and her heritage until she is ready to accept him as a True Mate, and with him, his way of life. Despite her almost uncontrollable attraction to Kieran, Anna is angry and confused, and at first reluctant to see the truth. But violence is stalking the handsome wolven’s normally peaceful pack, and Anna is directly in its path, motivating her to acknowledge her true nature (and needs) sooner instead of later.