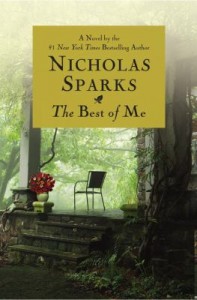 Amanda Collier and Dawson Cole both live in Oriental, North Carolina, but they might as well be from different planets. Amanda is a daughter of one of the oldest, most respected families in the town, while Dawson’s kin make up the resident drunks, hoodlums, and moonshiners. But Dawson is different, and when he and Amanda bond over a high school chemistry assignment, their friendship soon turns to true love. When you’re seventeen and in love, life is difficult – Amanda’s parents are outraged at their daughter’s choice of boyfriend, and finally refuse to pay for college if she continues to date him. Divided, the two move far away from one another. Hardened by an unfair prison sentence and family violence that he barely escapes, Dawson finally finds refuge in New Orleans, but Amanda is always in his heart.

Years later, the death of a mutual friend reunites them in Oriental. In fulfilling their deceased friend’s final wishes, they begin to wonder if they might find happiness in life after all…but Amanda is married, and Dawson’s family has a long memory for revenge. With a compelling cast of small-town characters, a gripping plot, and just a touch of the supernatural, longtime fans of Nicholas Sparks will not be disappointed in his latest offering.

Comments Off on Nicholas Sparks. The Best of Me. New York: Grand Central Publishing, 2011.