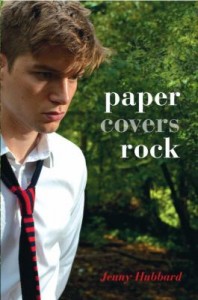 Alexander Stromm describes himself, as does everyone who knows him, as a “good, solid kid.” His best friend, Glenn Albright Everson III, is a “golden boy”: blessed with golden looks, golden athleticism, and golden intelligence. Alex has always wanted Glenn’s life, with his perfect, wealthy family and beautiful girlfriend. Alex’s mother left when he was five, and he has never stood out in anything, until his junior year at the Birch School. On September 30th, both he and Glenn stand out for being the boys who were with Thomas Broughton when he drowned. Since the accident happened because they were drinking vodka and diving in the nearby river, Glenn and Alex decide to lie to avoid being thrown out of school. But someone else saw them at the river that day and watched them pull Thomas’s body from the water: Haley Dovecott, the brand-new fifth form English teacher.

Glenn is convinced that Miss Dovecott, an extremely perceptive young woman, knows more than she says she does, and he’s determined to eliminate that threat. The problem is that Alex is falling in love with her as she encourages his poetry, and he doesn’t want to hurt her. It’s also possible that Glenn is hiding other, more terrible secrets that played a role in Thomas’s tragic death. Uncertain and grief-stricken, Alex retreats to the library each day, writing his thoughts, confessions, and poems in a small journal that he hides behind the school’s copy of Moby Dick.

Paper Covers Rock is this narrative, through which we trace the tale of a young man coming to terms with death, his own emerging sexuality, and the cruelty of a world that encroaches on even the most remote and sheltered places. A difficult, but poetic and thought-provoking read for young adults.