Set in the fictional Outer Banks town of Kiss River, Diane Chamberlain’s trilogy explores love, loss, and the power our loved ones have over our hearts and mind, even after death. The trilogy centers on the four members of the O’Neill family: father Alec, mother Annie, and the children Clay and Lacey. Although Annie O’Neill is tragically murdered in the opening pages of Keeper of the Light, her presence remains a main character throughout the entire trilogy, inspiring and at times haunting those who survived her passing. Not least of these is her daugher, Lacey. Thirteen at the time of her mother’s violent death, we watch Lacey grow from a rebellious, grieving teenager into a thoughtful young artist who must eventually grapple with motherhood in her turn. Although the books are set around new characters who come into the O’Neills’ lives, the trilogy remains focused on this family, their struggles to overcome Annie’s death, and the compelling lighthouse on the fictional Kiss River. 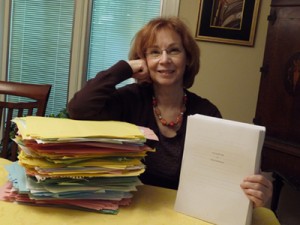 Comments Off on Diane Chamberlain. Keeper of the Light Trilogy.