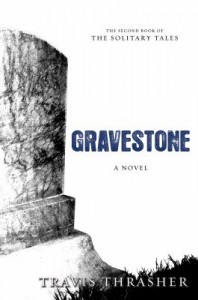 Chris Buckley still isn’t sure whether or not he survived the ritual murder of his true love. He’s walking and breathing, but something inside feels dead. Unfortunately, life goes on as usual (or unusual) in the strange and sinister town of Solitary, North Carolina. In this sequel to Solitary and the second book in the Solitary Tales, Chris finds himself swept along in the daily grind with the rest of the kids at Harrington High– taking classes, eating lunch, and getting picked on by the school bully. His mother still struggles with alcoholism and depression following her divorce, but she manages to bring in a steady income and even finds Chris a part-time job. On the outside, Chris looks and acts like any other teenager.

However, unlike his compatriots, Chris’s goals have nothing to do with going to college or getting good grades. He has one thing on his mind: exposing Solitary’s evil, embodied by Pastor Jeremiah Marsh, to the world. The problem with this is that the Devil in Solitary is strong and watches Chris unceasingly. Bad things have happened in the past to those who have tried to root it out, and if Chris keeps pushing, he might be next. Thankfully, Chris isn’t alone in his fight, but he isn’t sure who to trust: Iris, the strange old lady who runs the inn where he works? Jared, his long-lost cousin? Poe, who used to be Jocelyn’s best friend? Sheriff Wells, who once told Chris to come to him with anything? As before, no one is forthcoming, and Chris must make his way blindly forward, hoping that this time, his decisions won’t result in his own or anyone else’s death. But evil is strong, and that hope may be in vain.