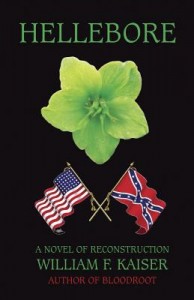 In this rousing sequel to Bloodroot, the Civil War has ended and peace has been declared. Billy Jack Truehill and his wife Elvira May have retired to a small farm deep in the high mountains of fictional Afton County, North Carolina. But while peace may be the official state of the once more United States, life is far from peaceful in a North Carolina undergoing Reconstruction. Billy Jack must face raiders from both the former Union and Confederate armies, an ongoing feud with the treacherous McBigger clan who killed his parents, and the willful ways of his own wife, who insists that in order to be a true husband, Billy Jack must always stay by her side. Unfortunately for Billy Jack, veteran of two armies and a seasoned hunter and tracker, the pastoral tranquility of farming is not very exciting. He longs to once more take to the Blue Ridge as the wild, fierce mountain man he knows himself to be at heart. But soon he’ll have all the excitement he can stand, as a terrible new power known as the Ku Klux Klan begins to rise and wreak havoc on an already destitute community. Billy Jack must once again take up arms to defend his life, his family, and what he knows to be right.