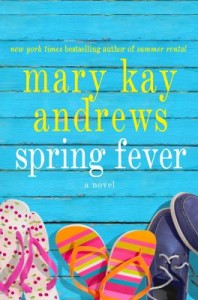 The town of Passcoe, North Carolina is a rather unremarkable hamlet in the Piedmont, but it does have one claim to fame: it’s the birthplace of a unique, cherry-flavored beverage known as Quixie. Since 1922, Quixie, run by the wealthy Bayless family, has been the center of Passcoe’s economy. Everyone works for Quixie, but Annajane Hudgens thinks it’s time to move on. Annajane is closer to Quixie than most– in addition to drinking it for her entire life and working at the company for years, she used to be married to Mason Bayless, the Quixie family’s favorite son and current CEO. But now Mason is getting remarried, and Annajane is taking it harder than she thought she would. Strangely so, since she’s also engaged to someone else. But Mason’s fiancée is the bubbly, petite Celia Wakefield, and something about that woman leaves an queasy feeling in Annajane’s stomach.

This sensation almost leads to Annajane to interrupt her ex-husband’s nuptials, but incredibly, the wedding falls apart on its own. Suddenly Annajane and Mason both have more time to grapple with their leftover feelings for one another. It doesn’t take much for anyone who knows him to see that as much as Annajane isn’t over Mason, Mason isn’t over Annajane either. But Celia is a force to be reckoned with, and her claws are firmly embedded in Mason, the Bayless family fortune, and the Quixie company. Is Annajane willing to fight for her man? And will she be able to handle the secrets the battle will uncover?

Mary Kay Andrews’ latest novel is perfect to bring to the beach and enjoy with a cold can of Cheerwine.