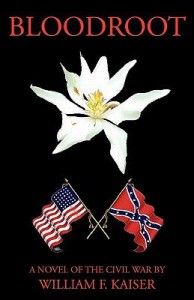 It’s 1860, and Billy Jack Truehill thinks he’s a goner for sure. Bitten by a giant rattlesnake while hunting alone in the North Carolina mountains, the tough woodsman knows he’s likely to perish. But Providence must smile on Billy Jack, for instead of dying in the forest, he stumbles onto the Widow Johnson’s humble homestead.

Elvira May Johnson was gently raised in New York City, where she was married off to the affluent Methodist preacher, Reverend Hiram Johnson. At twenty years her senior, Reverend Johnson was not her ideal match, but Elvira May bowed to the wishes of her father and brothers. But a sudden, unexplained assignment to a parish in western North Carolina meant Elvira May was uprooted from all she knew and loved, and taken out of civilization into the mountain wilds. Yet, the twenty-four-year old Elvira proved stronger than anyone thought, learning herb-lore from local granny-women and how to care for her humble living space. When Hiram died, the self-sufficient Elvira was more than prepared to cope on her own. Or at least she thought she was, until the day Billy Jack falls over in her cornfield.

Elvira heals Billy Jack’s snakebite, and it doesn’t take long for them to begin courting. Unfortunately, the day they marry is just after the formation of the Confederacy, and it doesn’t take long for the simmering mountain communities to boil over. Now Elvira and Billy Jack must fight to defend their country, their neighbors, and their very lives. But can a young woman with strong ideas about abolition and a young man with a stubborn streak a mile wide survive in the wartime mountain wilds for five years? With bandits, soldiers, and feuding neighbors roaming the highlands, it will take a lot more providence to see them through.