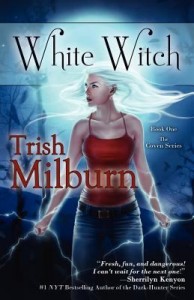 Jaxina “Jax” Pherson is a teenage runaway. Living in a stolen RV she’s parked in a campground somewhere in the mountains of Buncombe County, North Carolina, all the sixteen year old wants to do is blend in so that no one can find her. Running away from home is difficult when you’re an average teenager, but Jax is not average, no matter how much she wants to be. She descends from a long line of powerful witches who are sworn to bring vengeance and retribution to normal human beings who unjustly executed their kind for centuries. As a witch, Jax should be content to live with her powerful family in Miami, strategically eliminating their enemies.

But Jax has always believed that what her family does is wrong, and has been biding her time to escape. Now, camped out in the Appalachian mountains, all she has to do is matriculate at a local high school, never use magic again, and fade into the background. Or so she thinks. But Jax doesn’t count on Keller. On the outside, Keller appears to be nothing more than a normal boy also attending her chosen high school, but Jax soon figures out that he’s her worst enemy– a hunter. Dedicated to finding and destroying evil, these otherwise normal human beings face the supernatural every day. Unfortunately, Jax has a crush on Keller, and he develops feelings for her as well. With the threat of her angry family coming to find her, and her crush possibly turning on her, what’s a teenage witch to do?