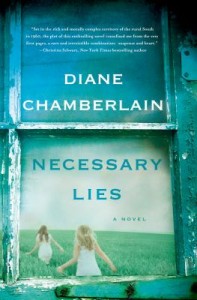 Jane Forrester’s (née Mackie) husband, Robert, can’t understand why his new wife wants to work. Neither can her mother nor any of the stay-at-home wives in her imposed social circle. When Jane and Robert first met, her quirks beguiled him. She wasn’t cut from the same cloth of the prototypical 1960s woman. Now that they’re official newlyweds, Robert wishes that Jane would join the Raleigh Junior League and derive satisfaction in being a physician’s wife, as well as the future mother of his unborn children. But Jane wants a chance at a brief career before children. She is sensitive and idealistic and interested in helping others through work. She gets hired as a social worker in the Department of Public Welfare shortly before their wedding. Robert tolerates Jane’s job, however he makes his desire for children and his short timetable known. With an M.D., Robert has ascended the socio-economic ladder and he is concerned acutely with fitting into his more well-heeled surroundings.

Robert is not thrilled when he learns that Jane will conduct field work alone in the fictional rural Grace County. Field work entails visiting the families of the cases that the social worker manages to monitor their needs and progress. The social worker executes any actions or files any paperwork considered necessary for the greater good. Jane’s two first cases are the Hart and Jordan families who live and work on Davidson Gardiner’s farm. She neglects her boss’s advice and becomes invested emotionally in the Hart family, leading her to a series of choices that could violate the procedures of the Department of Public Welfare and negate the defined purpose of her position. But Jane feels unable to accept the rules as they’ve been handed to her. She is disturbed by how the department enforces its own code of morality and communicates its actions deceptively to the parties involved.

According Charlotte Werkmen, Jane’s boss and former social worker in charge of the case, fifteen year-old Ivy Hart is the last chance for the Hart family. Ivy’s older sister, Mary Ella has already given birth to a baby named William. Mary Ella is beautiful and slow, which Charlotte regards as a dangerous combination. Ivy and Mary Ella’s father is dead and mother is an institutionalized schizophrenic. They live in a farmhouse with their diabetic grandmother, Nonnie. Ivy worries about her family’s security in the farmhouse. Nonnie is increasingly unable to work and she has little regard for her health, indulging frequently in sugar. Because Nonnie is petulant and ornery and Mary Ella is unreliable and often missing, Ivy is the nucleus forced to mother and to hold the family together. By government standards, Ivy qualifies at a functioning level, but barely. She has an IQ of 80 and Petit Mal epilepsy. Charlotte warns Jane to watch Ivy carefully — if Ivy winds up pregnant, all her opportunities will evaporate.

Veteran novelist Diane Chamberlain deals with the sexism and racism prevalent during the 1960s and provides a historical basis to Necessary Lies. She alternates the story between Ivy and Jane’s points-of-view primarily. The novel explores the issue of people’s authority over their bodies. Chamberlain illustrates this point from both perspectives: a doctor refusing to prescribe Jane birth control without her husband’s permission to a eugenics program masked to its recipients as benevolent healthcare. The themes of control and consent reappear over the course of the novel, where institutions and people are given the power to make personal judgements for others. Additionally, the book questions the idea of people who are classified as “incapable” or “unfit” by official sanctioning. Who, if anyone, should have the agency to make decisions for those deemed “incapable” or “unfit”? Chamberlain offers an absorbing read on a fictionalized portrayal of a regrettable segment of North Carolina’s history.