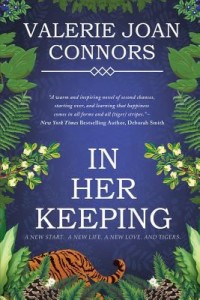 Being a mother is Sylvia Holt’s primary goal in life. She’s desperate to have children. Sylvia isn’t solely concentrated on her desire to be a mom.  No, Sylvia is an organized thinker who has a life plan mapped out neatly. Along the way to her maternal objective, Sylvia has crafted a full professional life in Atlanta. She is a trained CPA and owns a small yet successful practice specializing in personal tax returns and small business consulting, where she met her husband of eight years, Jonathan. A client first, Jonathan hired Sylvia before his family business started booming. Once Jonathan’s textile business expanded, he decided to partner with a larger firm with more corporate expertise. Jonathan and Sylvia initiated a personal relationship though and got married, which brought Sylvia closer to her dream of a beautiful home and family.

But Sylvia is two years behind schedule. By thirty-five she had intended to be raising her children and working primarily from home. At thirty-seven, she is childless and has struggled to carry her pregnancies to term. Sylvia has researched all options from In Vitro Fertilization to fertility drugs. Meanwhile, Jonathan spends the majority of his time in Hong Kong on business. After her fifth miscarriage, Sylvia’s hope of being a mother is fading. Worse, her faith in her marriage is tested after she discovers an instance of Jonathan’s infidelity. Not to say she isn’t angry, but Sylvia isn’t ready to admit defeat. Definitely not at thirty-seven when it seems too late to start over. She and Jonathan consider adoption. However, it becomes clear that Sylvia might be forced to embrace a fresh start, whether she likes it or not. And that might not be such a bad thing. She strays from her plan and winds up in her vacation home in the mountains of North Carolina without a spouse, without a child, and without a job.

Soon Sylvia discovers Tiger Hills, a sanctuary dedicated to large cats that borders her property. She meets the owner, Ethan Montgomery, and she learns more about the underworld of breeding tigers in captivity and selling tiger parts for illegal profit. Unwittingly, Ethan’s mission captivates Sylvia and she quickly plays an active and integral role with the sanctuary. There are several bumps and near disasters for the budding nonprofit, and plenty of intrigue that somehow manages to keep Jonathan in her life. However, Sylvia realizes that she still might be able to attain her former dreams. In fact, straying from her preordained path might just be the trick to bring her closer. In Her Keeping is Atlanta-based writer Valerie Joan Connors’ second work and it’s a slim novel, verging on novella. Readers will likely zip through the story and enjoy its unconventional plot line. According to a blog post on Connors’ website, she was inspired to write the story after a visit to Tiger World, in Rockwell, North Carolina.