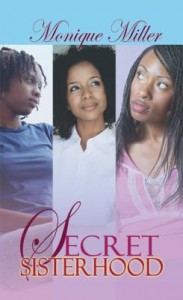 Infertility can be all-consuming. It’s a devastating setback for couples ready to start their families. Novelist Monique Miller writes a story of three women from different backgrounds united by their struggles with infertility.

At first Shelby Tomlinson loved her job as a registered nurse with the Silvermont Women’s Center. Her patients’ happiness at their good news rubbed off on Shelby. She felt excited to come to work in such a positive atmosphere. That elation has fizzled out ever since Shelby and her husband Phillip started trying for a baby. They’ve tried for two years without any luck. Now, whenever Shelby deals with prenatal patients their good fortune depresses her. Suddenly, she feels a stronger bond with the patients who suffer from infertility too. However, her anxiety attacks, a lifelong problem, are increasing and Phillip has been distant whenever she broaches the topic of children. Shelby can’t figure out his odd behavior. Does he have a secret he’s hiding? In the face of all this stress, Shelby manages to find some hope when a patient struggling with infertility gets pregnant. Maybe Shelby still stands a chance at beating her infertility.

Crystal Shaw wants to open a day care center of her own one day. She also wants to have a baby, but it doesn’t look like that dream is going to come true any time soon. Crystal is envious of the pregnant women around her, especially those who don’t seem worthy in her eyes. Everyone around her is getting pregnant, including her sister Shanice, who already has a baby with another man and refuses to work, relying on public assistance and her “Man of the Quarter” instead.  Crystal is tired of breezily claiming that she’s not quite ready for kids. Even her work toward establishing a day care center is difficult. Spending all her time around children only reminds Crystal how she and her husband Warren, her childhood sweetheart, haven’t been able to conceive despite trying for years. Crystal starts thinking how nice a desk job might be so she could stop confronting the harsh reality of her childlessness.

When she was young, Vivian Parker made a promise to her grandmother, Eva – a promise that she has managed to fulfill, and then some. Eva emphasized the importance of an education as a priceless investment. Once Vivian earned an education, she insisted, it could never be taken away. After Eva passed away, Vivian focused all her energy on her grades and her career. She obtained her bachelor’s and master’s, eventually becoming a successful and esteemed architect with careful planning and hard work. But she’s behind on her plans for her personal life. By thirty she assumed she would be married, and then a child or two would follow shortly thereafter. Instead, Vivian didn’t get married until thirty-eight. Her husband Roland is the CEO of the company Vivian works for. Together, they’re a powerful couple professionally. But now that they’re more serious about having a baby, they learn that even though they can bankroll expensive procedures like in vitro fertilization, they still might not be able to fight time.

Faith is a central element to Secret Sisterhood. Shelby, Crystal, and Vivian turn to their religion to strengthen themselves in the midst of hardships. Miller breaks the story up, chapter by chapter, alternating the perspectives of the three main characters, although she also creates some areas of overlap and interconnection between the women during their journey to become mothers.