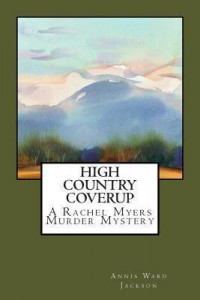 Isn’t it a truism that when a person is murdered, the police always suspect that a family member is the killer?  Then why was it that when Everett Dawson, a wealthy retiree, was murdered no one suspected his newish, stylish, younger wife?  Marcia Dawson wasn’t a suspect because her husband’s body was found hidden on Gurney Styles’ property.  Styles, who had been drinking the weekend of the murder and whose wife was out of town, didn’t have much of a memory of the night Dawson died, let alone have an alibi.  Although the case against Styles was far from airtight, the assistant district attorney prosecuted it with great energy, and Styles was convicted.  But Gurney’s wife, Dulcie, believes that her husband is innocent, and when she asks Rachel Myers for help, Rachel can’t refuse.  Soon Sheppard County’s amateur detective puts her mid-summer gardening aside to help this nice woman save her husband from a life in prison.

This is the seventh book in the Rachel Myers Murder Mysteries Series. Many of the characters in the previous books, including Isaac Starling and that handsome detective Robby Barnett, are present in this book, and Ms. Jackson’s love of gardening comes through as it did in the earlier volumes.