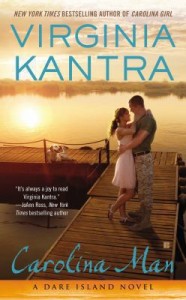 Luke Fletcher is a Marine serving in Afghanistan when he receives a call from Kate Nolan, a small-town lawyer. The call is to inform Luke that an ex-girlfriend from high school, Dawn Simpson, has died. Dawn left behind a ten-year old daughter, Taylor. Luke has been named as Taylor’s father and also her guardian in case something happens to Dawn. Luke must return home to Dare Island on North Carolina’s Outer Banks to take on this new responsibility. In his quest to do what’s right, Luke finds himself falling for both his little girl and the intelligent but damaged Kate, who is a former military brat herself and doubts the ability of a Marine to make a good father.

Luke will have to discover that serving his loved ones can be just as gratifying and heroic as serving his country, and that it may take just as much skill. The only roadblock to this discovery is the Simpsons, Taylor’s maternal grandparents and their son Kevin. The Simpsons are fighting for custody of Taylor even though she has expressed her desire to stay with her father and his family. When the Simpsons make a step towards being amicable, the Fletchers will discover what’s behind Taylor’s vehement declaration that she will not go back to them.

Carolina Man is the third book in Kantra’s Dare Island series focused on family, community, and love. The first two novels told the tales of Luke’s older brother and sister. Will Luke be able to find the peace his siblings have gained? Will he have what it takes to be a hero on the home front?