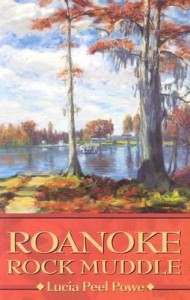 Many novelists have tried to capture the essence of a small town that they know well.  Lucia Peel Powe has set out to do this for Williamston, North Carolina, a small, but old, town at a strategic bend in the Roanoke River. In a story set in the 1920s and 1930s, Mrs. Powe gives readers a good sense of the life of the town through the stories of Ben-Olive Bazemore, the chef at the Tar Heel Hotel, Charlie Mac Griffin, who is the mayor (a decidedly part-time job) and whose father owns the Chevrolet dealership, and Big Dan Hardison and his wife Mary.

The men’s lives are particularly well portrayed in scenes of card games on a houseboat, barbecues, and political rallies, but the plot revolves around Mary.  Mary, the daughter of the town’s only doctor, is a reader and a bit of a dreamer.  Her husband, Big Dan, is a former college football star with political ambitions.  The other men like Dan even as they entertain fantasies about his wife.  But if Mary is dissatisfied with Dan, why would any of his friends be better?  A man from outside would hold more interest, with fewer complications.  Mary’s actions ripple through the community, but quietly, and just as quietly Dan and his circle of friends adjust.

Roanoke Rock Muddle will give readers a good sense of the Williamston community and the importance of the river in its life and culture.  As a bonus, the author includes fifteen recipes credited to Ben-Olive.