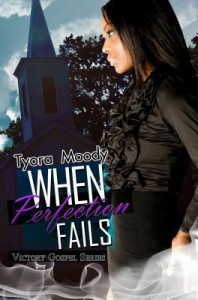 Reverend Jonathan Freeman and his wife Lenora have been married for twenty years and they are the couple that other couples look up to in Charlotte, North Carolina. Lenora owns her own bridal shop where she plans extravagant weddings and provides the wedding dresses. Her husband Jonathan is just as successful, and has recently became the pastor of Victory Gospel Church. Victory Gospel Church was his father’s church and is one of the premier black churches in Charlotte. With the passing of the elder Reverend Freeman, Jonathan has inherited the church and responsibilities that come along with being the pastor of a prominent church family. However, there is even more greatness in store for Jonathan. The mayor has asked that Jonathan run for Charlotte City Council District 2 seat. The lives these two lead seem like ones to envy, but outsiders don’t get to see the turmoil that takes place behind closed doors.

Jonathan is struggling with his new role as pastor of a “mega-church,” and whether to take the mayor up on running for the city council seat. He hasn’t even brought it up with Lenora yet as he knows that she is busy adjusting to becoming the first lady of such a big church. Jonathan just doesn’t know if his marriage will be able withstand an entrance into politics. When Lenora learns of Jonathan’s political aspirations from another source, will she stand by his side as their family is pulled even more into the spotlight?

Lenora is dealing with her own secret – a secret that has been buried for decades. Lenora feels the strain that her marriage has taken and knows that revealing this secret will only place more burdens upon her relationship with her husband. Nevertheless, when faced with the reality that keeping this secret is threatening her life and her family, Lenora knows she must come clean in order to protect the man she has loved for years and the blessed life that God has given her. Will Lenora’s revelation cause more harm to her family and her relationship with her husband than keeping the secret? Is Jonathan willing to stand with Lenora just as he constantly requires her to stand with him?

When Perfection Fails is the third novel in the Victory Gospel Series. If you are new to the series, check out our blog post on the first novel, When Rain Falls.