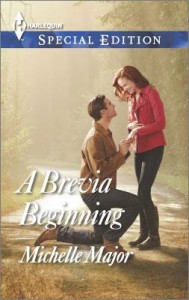 “Something had changed in her when she’d chosen her act of rebellion. From the start, she’d known he’d find out, and she’d understood there would be hell to pay. She also believed it couldn’t be worse than the hell she called a life.”

From the day she was adopted at six years old, Lexi Preston has done everything she can to be the perfect daughter to her adopted father, Robert Preston – this includes following in his footsteps to become a lawyer in his firm. All of that ended when Lexi went behind her father’s back and gave the opposing client information. The Prestons’ clients, Mr. and Mrs. Johnson, were trying to dig up dirt on Julia Morgan, the mother of their grandchild, so that they could gain custody of their grandson Charlie. Taking note of how Julia kept fighting even with all the odds piled against her, Lexi decided to help her out, knowing that it would mean “hell to pay.” When Robert Preston found out, he publicly humiliated Lexi and kicked her out of his life. With nowhere else to turn, Lexi travels to Brevia, North Carolina in search of Julia, who is now Julia Callahan and married to the police chief of Brevia. Julia isn’t too keen on helping out the woman who made her life a living hell during the custody battle, but she wouldn’t have ended up being able to keep her son Charlie if it wasn’t for Lexie. So, she offers to get Lexie a job working at Riley’s Bar.

United States Marshal Scott Callahan is in need of some time away from it all after losing his partner during a botched arrest. Not ready to face the interrogation from the Marshals office or the constant questions from others, Scott finds himself at Riley’s Bar in the hometown of his father, Joe, and brother, Sam. Also not ready to face his family, Scott decides to drown his sorrows for a while. Scott ends up in an argument with the bar owner which results in Scott buying the bar, with the help of a legal contract drawn up by one of the waitresses, Lexi Preston. Lexi is the worst waitress the town has ever seen. After Scott recovers from his drunken night, he and Lexi make a deal – Scott gets to share her two bedroom apartment and Lexi won’t hear mention of her getting fired for the month she plans to stay.

Sparks flew between the two on the night they first met; the close quarters instituted by both working at the bar together and living together only adds fuel to the fire. However, this arrangement is only temporary. Scott knows his greatest talent is the ability to mess everything up. He can’t expect to ever be good enough for Lexi. On the other hand, Lexi has never been on her own. She doesn’t know if she can make a life without her father, but this may be just an adventure that will end when her father is ready to take her back. When Lexi stands up to her father, letting him know that she won’t be coming back, will Scott be able to give up the action of U.S. Marshals Service and settle into the small-town life?

A Brevia Beginning is the third novel set in the fictitious town of Brevia North Carolina. The series continues to show that small-towns can have big-city action.