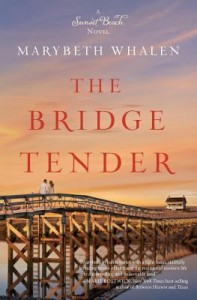 “Don’t forget, you made a promise and I’m going to hold you to it.”

In July of 2001, Emily Shaw made her first trip to Sunset Beach, North Carolina with her husband Ryan. It was a magical honeymoon, so magical that the two made a promise to someday have a house there.

It is presently March 3, 2006, and Ryan and Emily have never made it back to Sunset Beach. This date has not been of past importance to Emily, but now, in 2006, it has become one of the worst days of her life–one that will forever be branded into her memory. Today is the day that she must say goodbye to her husband. Emily was so sure, up until the very end, that Ryan would win the battle against cancer. She has no idea how she is going to go on without him, and is nowhere near ready to let him go. So, when Paul Griffin, a lawyer, comes to Emily stating that he has information left for her by Ryan, she jumps at the chance to have this last connection with him.

Griffin reveals that Ryan had another insurance policy, one that he kept secret from Emily. He gives Emily a letter from Ryan which details that the policy must be used for one thing, to buy a home in Sunset Beach where a future awaits, “…bright as that sunshine we walked in, as warm as those days we spent on the beach together, as happy as you’ve made me[Ryan].” Emily’s best friend Marta eagerly pushes her to go, but it isn’t until a year later that Emily forces herself to return to Sunset Beach so that she can keep her promise.

During her search, Emily meets a kindred spirit, another woman tied to a promise made long ago. This marks the start of many new meetings and developing friendships that will show Emily she is needed, there is hope, and that she is loved and can learn to love again.

The Bridge Tender is fourth in the Sunset Beach series, a series filled with love lost, hope renewed, and chances taken. Check out The Bridge Tender’s availability in the UNC-Chapel Hill Library catalog. If you’re new to the series, check out our blog post on the first title The Mailbox.