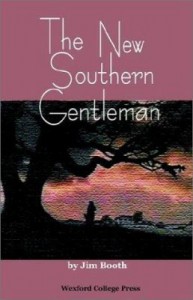 By the time a man is in his twenties, he’s usually made some progress on figuring out who he is and what his place in the world might be.  Work, friendship, ethics, and love are some of the big issues that he’s grappled with.  Daniel Randolph Deal has an additional issue.  A descendant of two distinguished Virginia families, he has been raised by his traditionalist grandfather, a man obsessed with the glories of his family’s past.  Grandfather Deal is a Southern gentleman of the old school, and he expects his grandson to understand what is expected of him.

But Dan has been finding his way without much help.  Dan’s father died when Dan was two.  A few years later, his mother married a Frenchman and went to live abroad with her new husband.  Dan has done what he is supposed to–doing well in the classroom and on the playing field, going to the right schools, studying to be a lawyer.  But certain things still elude him.  He has been thrown off balance by certain romantic possibilities, especially Evelyn Daiches, a young woman he meets during a party at the house of his boisterous, boorish neighbor.  The New Southern Gentleman follows Dan through his first semester of law school at Wake Forest University and a fateful Christmas vacation when his relationships–with his friend Alex, his cousin Ramona, his grandfather, and Evelyn–collide.